The Jacksonville Jaguars will be making a move to a hybrid defensive front under Gus Bradley in 2013, so they'll be looking for players who can do a multitude of things at certain positions. One of those positions who will need to be able to do a little bit of everything is the outside linebacker position, which is why we're going to take a look at Connecticut linebacker Sio Moore.

Sio Moore at a Glance 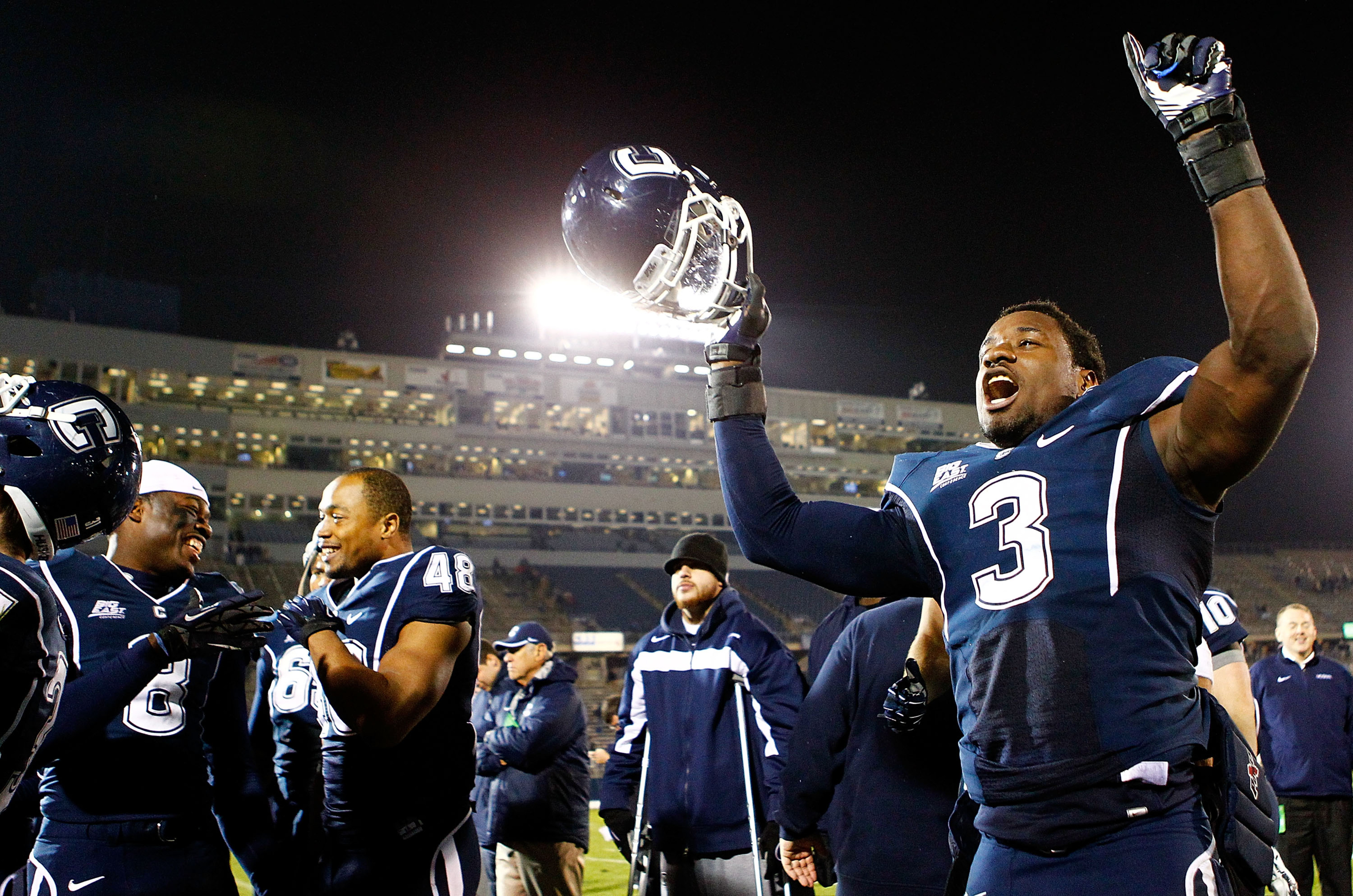 My first impression of Moore was at the 2013 East-West Shrine game, where after the first day of practice he made me say "Woah, who is this UConn guy?". Moore is an imposing linebacker who is physical, which definitely showed up in practice when I first saw him, which made me go and watch as much of him as a possibly could, since he was one of the stars of the week and game and carried that over to the 2013 Senior Bowl doing the same thing.

The best part about Moore's game however is that he can do a little bit of everything. During his time at UConn he didn't just play outside linebacker. He played both weak side and strong side and he played with his hand on the ground as a defensive end to rush the passer.

When he's lined up with his hand off the ground he's quick off the snap and can get in the backfield. He can get swallowed up at times by bigger offensive tackles, but that's not a big surprise considering he's not necessarily a defensive end. He uses his speed and hand fighting to get past lineman and also seems to have a violent punch to get lineman off balance when he's rushing the passer.

While Moore does not have elite closing speed from the stand up linebacker position, he's agile and has good change of direction, which allows him to be in position to make plays and cover tight ends in zone and man coverage. While short, Moore is a bigger linebacker with speed and can get down field with the tight ends and/or bigger wide receivers.

He's a solid form tackler, often wrapping up the ball carrier while delivering a big punishing shot. He brings the two together perfectly, whereas a lot of big hitters struggle to wrap up while delivering the shot.

Moore also does a solid job of working through trash to get to the ball carrier when playing standup linebacker and isn't afraid to take on blockers to disrupt a play.

Moore isn't elite in one single area, but he's a bit of a "jack of all trades, master of none" type of player, which is what the Jaguars defense will be looking for. Moore can rush the passer standing up or from a three-point stance, cover in the intermediate in man or zone coverage, and play the run. He needs to do a better of job of using his hands to shed blocks and can struggle at times with players who have elite short-area quickness.