The Jaguars will be looking for safety help in the 2013 NFL Draft, especially a safety that will fit in the new Jaguars defensive scheme under Gus Bradley. With the Seattle Seahawks, Bradley utilized a "bandit" safety, which is a safety who sometimes acts like a fourth linebacker and usually is in coverage on shorter zones and in the box to support the run. Someone like D.J. Swearinger could flourish in this role because of his skill set at the next level.

D.J. Swearinger at a Glance 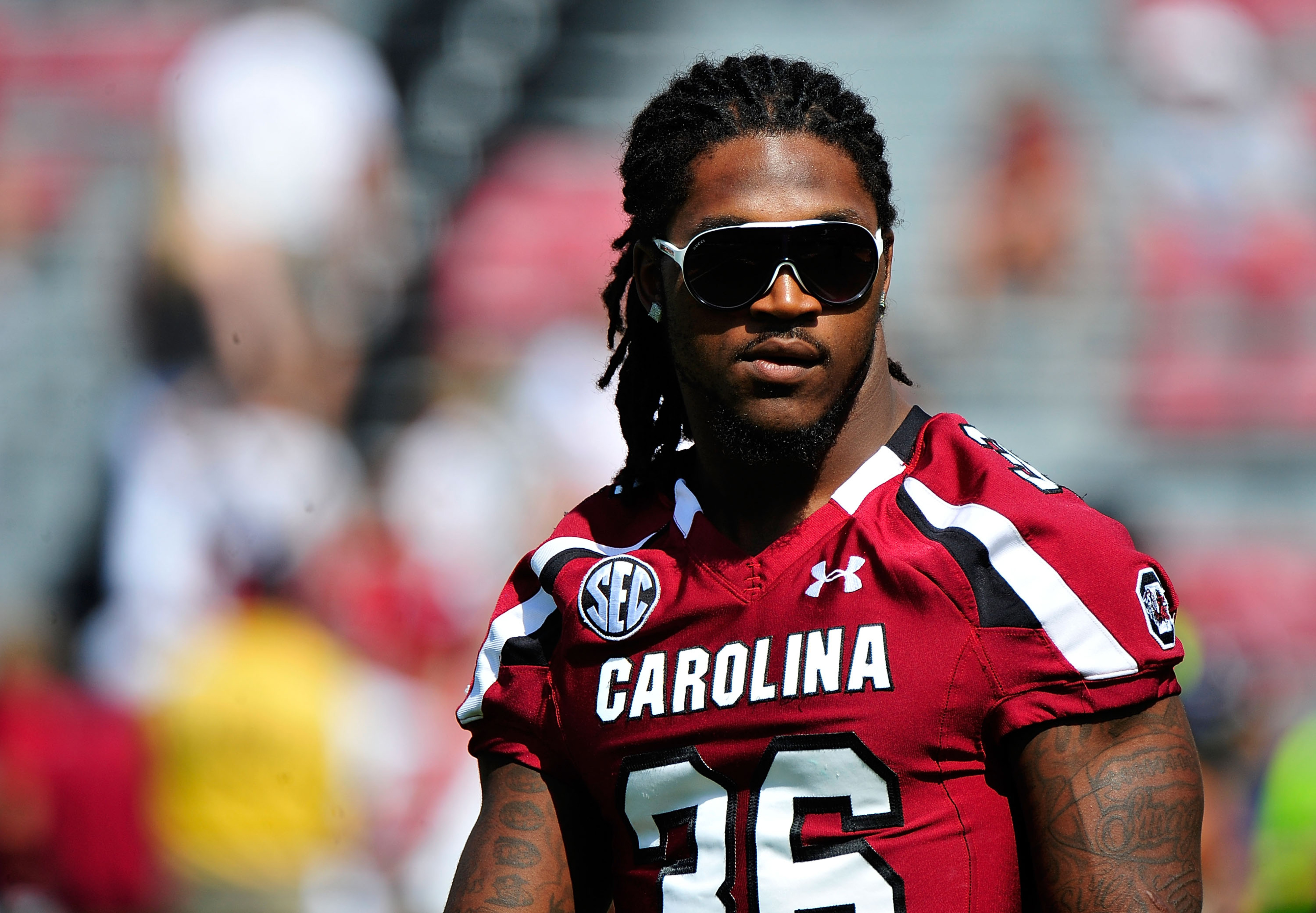 Swearinger played all over the defensive backfield for South Carolina in his four years with the program, playing both safety positions, playing in the box, and even playing cornerback on both the outside and in the slot at times. Watching Swearinger play, it appears he was responsible for making the defensive calls from the safety position, making sure players were lined up correctly. This is generally bestowed upon players who understand defensive and offensive concepts and thoroughly know the playbook.

He is an aggressive and tenacious tackler who can blow up wide receivers and tight ends as they catch the football, dislodging it and causing incompletes. This is a double-edge sword for Swearinger however, as he can at times get too aggressive and go high, drawing a flag. It's likely at the next level he's going to get a few fines and penalties with his big hits and aggressive play style, but it will also be something that coaches and teammates love, as it can set the tone for a game.

Swearinger is also a bit smaller than you'd typically like for a bandit safety, but he plays bigger than he is and has a thicker lower body which allows him to hold up with his physical play. He also lacks top end speed, but he makes up for it a bit by showing excellent play recognition and taking good angles to get to the ball carrier. While he can play aggressive, when he's playing down hill he can play in control and will square up in the open field to bring down ball carriers. He is an excellent backside pursuit defender and knows how to flow to the ball carrier to stuff running lanes.

His position versatility makes it so a defensive coordinator can also move him around on the defense to play different roles. While he should excel in the box, he can also play the deep half if asked despite his elite speed because of his ability to recognize plays. He can also play tight ends in man coverage, big he can get grabby when not in zone and might draw some penalties.

He's an aggressive tone setter on a defense, playing the enforcer role and can cause turnovers.