The Jacksonville Jaguars will be playing a new defensive scheme in 2013 under head coach Gus Bradley, as he brings along a lot of the same things he did with the Seattle Seahawks. Much of the focus has been on the LEO position, but a big cog in how the defense works is the play of the secondary, most notably the deep safety and the corners.

We've detailed in the past that Bradley seems to like "bigger" corners who can press, but as Bradley explained after practice yesterday, it's not just the height of the corner but the overall length.

"You can find it. Some guys play taller than their height, and it has some things to do with their arm length. It’s how comfortable... That truly is a mindset," Bradley told reporters after practice on Wednesday when asked about smaller guys playing press coverage.

It's not just about the length either, as Bradley explains. The cornerback has to have the confidence that they can play on an island and may not have help over the top.

"They have to impress and know there’s just one safety in the middle of the field and that’s it. You really have to develop that mindset, and we can’t work press really where we make any contact now," Bradley continued. "Working the techniques you’re seeing them play some off, so as we get into training camp you’ll see even tighter coverage." 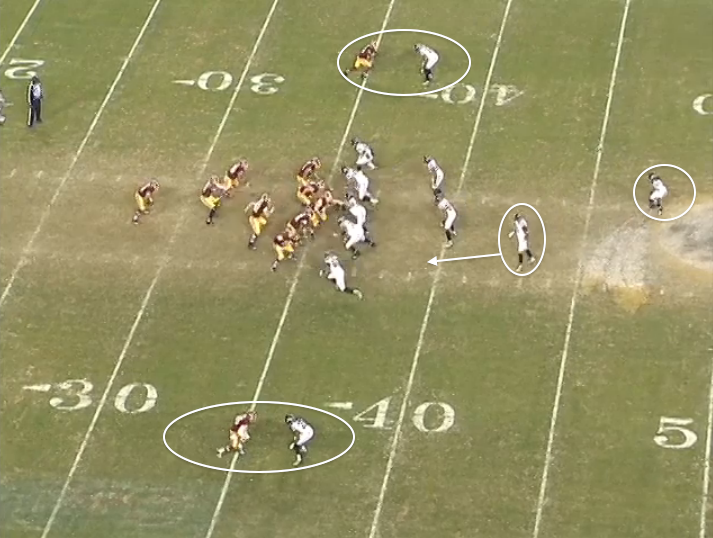 Seahawks in Cover 3 via Field Gulls

In the scheme the Seahawks ran, it used a lot of Cover 3 principals, which means that the free safety and both corners played deep "thirds" coverage on the field with the linebackers and strong safety walking up into the box and playing the intermediate and flat zones. The corners attempt to knock the receiver off their route or disrupt the timing with the quarterback in press coverage before bailing to their deep zone while the safety reads where the offense is going and shades where he is needed.

"It tightens up. When you play single safety middle like we do a lot of three-deep principles, when the corner is off there’s a lot of spacing issues," Bradley noted. "So we try to take away a lot of those spacing issues by playing press."

We will go more in depth on things like the Cover 3 defense, press coverage, etc. after the draft when we launch our new X & O's Film Room section, which will be manned by Eric Stoner.