2013 NFL Draft: Jaguars among who has shown most interest in Ryan Nassib

Share All sharing options for: 2013 NFL Draft: Jaguars among who has shown most interest in Ryan Nassib

The Jacksonville Jaguars have been linked to a handful of quarterbacks in the 2013 NFL Draft, but one player that they've apparently shown a lot of interest in is Syracuse's Ryan Nassib, according to Nassib as he appeared on WGR 550's The Howard Simon Show. 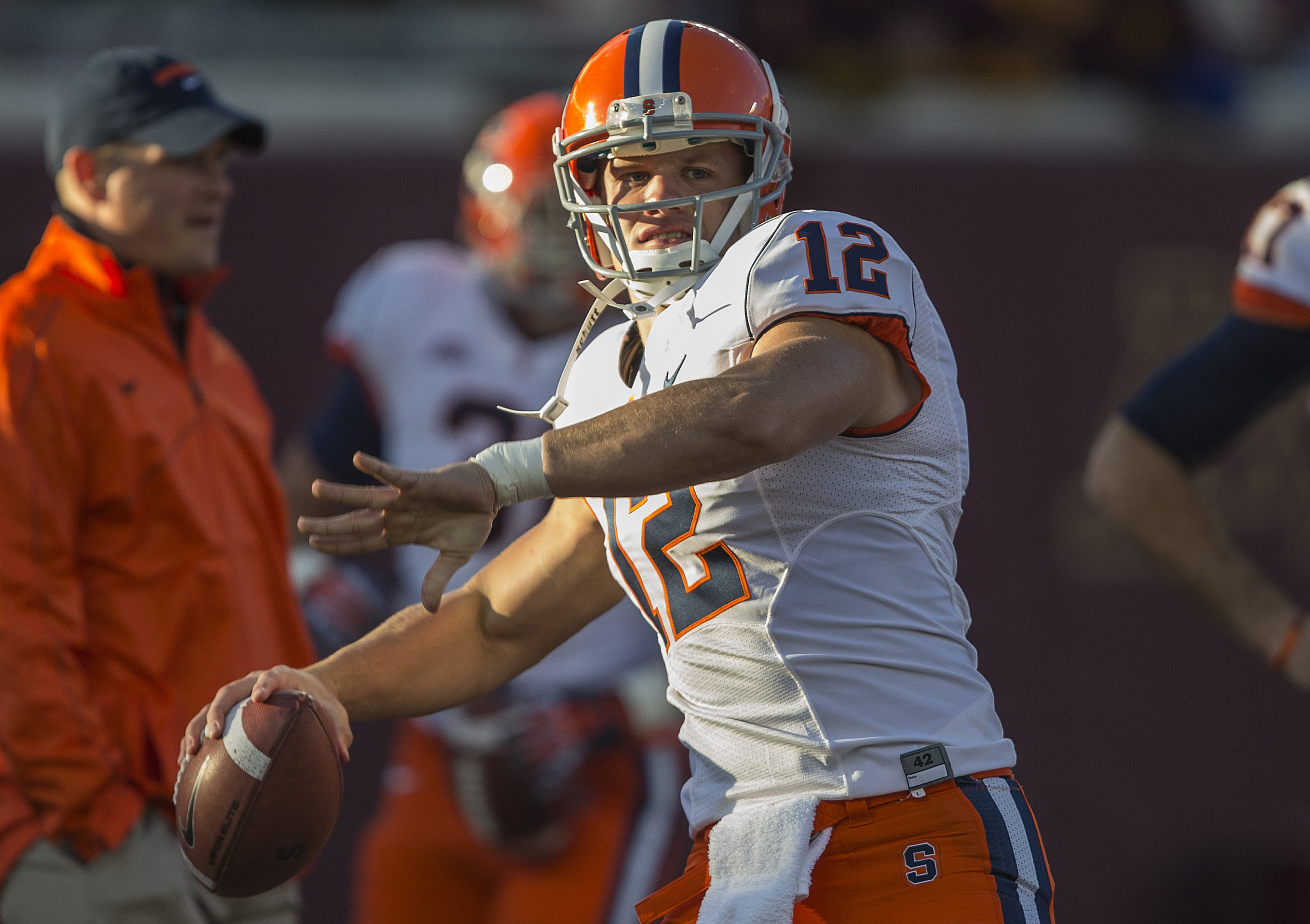 Overall I think Nassib is going to be starting material in the NFL, but if he can't improve his velocity down the field and begin hitting guys in stride, he's going to be limited. For me, Nassib is a second or third round guy.

Many experts have linked Nassib to the Buffalo Bills because his former college coach, Doug Marrone, is now the head coach there and at one point Nassib had a gut feeling that would be his landing spot, but now he says that gut feeling is gone.

"I thought I had a gut feeling, but I really don't (anymore)," Nassib said on the show on Thursday.

Among the teams that Nassib mentioned had shown the most interest in him were the Jacksonville Jaguars, as well as the Jets, Eagles, Cardinals and Browns.

Nassib has all the tools teams look for in the NFL at the quarterback position, including some mobility and his arm strength, but his big issues seem to be throwing down the football field. The issue appears to be something that might be mechanically incorrect, but he's a player to keep an eye on going forward.

Some analysts have Nassib as the top quarterback in the draft and most expect him to go somewhere in the first or second round.