The Jacksonville Jaguars appear to be a wild card with the second overall pick, as many experts don't seem to have a consensus player for the pick. The most popular pick for the Jaguars appears to be Oregon defensive end Dion Jordan or whichever offensive lineman that the Kansas City Chiefs do not select. 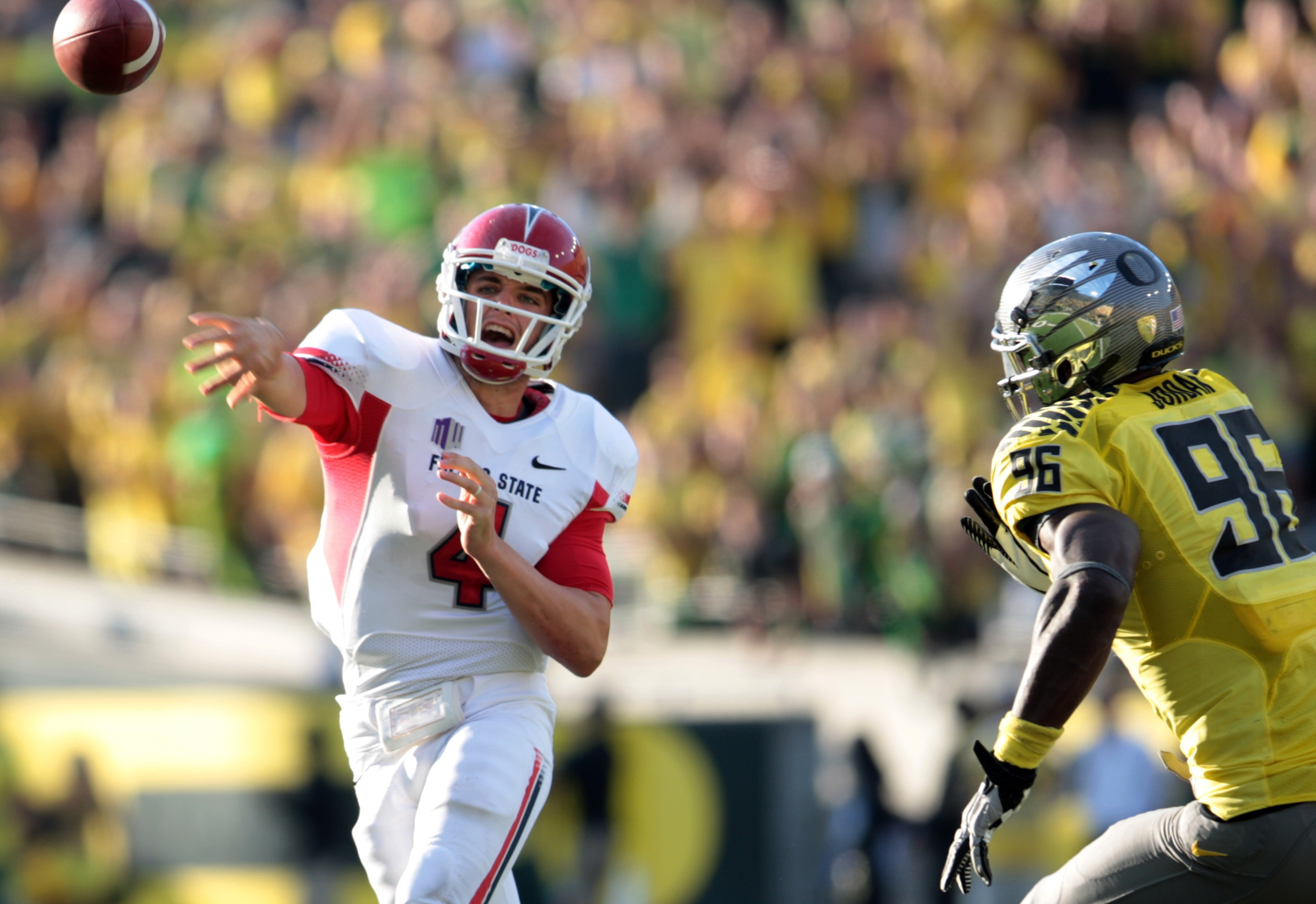 The Jaguars as we know will be working towards building a hybrid front on defense going forward, using both 4-3 and 3-4 principals so the players they'll be picking up going forward will fit that idea. Jordan falls right into that category because of his versatility on the defense.

Personally, I think the Jaguars will be drafting Oregon pass rusher Dion Jordan, because outside of quarterback a pass rusher would be the Jaguars biggest need. Not only can Jordan rush the passer, but he gives the Jaguars defense flexibility in their formations and who they have on the football field. Jordan can play the strong side linebacker position on every down, as he's adept in coverage and rushing the passer standing up, without tipping the defenses hand.

He allows you to do things like line up Jason Babin or Andre Branch at the LEO position and rush the passer from the opposite side, or he can show a blitz and then drop back in the short zone and cover the quarterback's hot route. His scheme versatility in a hybrid front should make him very appealing to new head coach Gus Bradley.

So, for the second overall pick my prediction is Dion Jordan.

Some other names Jaguars fans should keep their eye on later in the draft are Georgia cornerback Sanders Commings and Richmond safety Cooper Taylor. Both would instantly upgrade the size and athleticism on the Jaguars defense, especially if they're paired with Dion Jordan. That gives you three long athletes running around on the field, all of which offer instant speed upgrades.

Commings is a bigger corner, in mass and arm length, that Bradley seems to like at the corner position. He's familiar with playing press coverage and Cover-3 in college, which is what the Jaguars will be utilizing under Bradley.

Taylor on the other hand is a massive safety at 6'5" and 220 pounds, but he's a fluid athlete who ran the 40-yard dash in sub 4.5 seconds. He would seem to be a perfect fit in the bandit safety role that Kam Chancellor filled in Seattle, which the Jaguars should be utilizing under Bradley. Taylor was impressive in coverage at the East-West Shrine Game and picked up receivers in the flat and out of the backfield well.

Who do you think they pick?