2013 NFL Draft: Jaguars interest at OT smells like a smokescreen

In the last week the Jaguars have essentially convinced the entire media that their most likely target is Central Michigan offensive tackle Eric Fisher. As in no-way-this-is-a-smokescreen, definitely-legitimate-interest convinced. In fact, I'm almost positive that it will take Pete Prisco of CBS Sports all of 30 seconds to tweet a reply to this article saying I'm wrong.

Despite all this, I'm not convinced at all, and I still would be shocked, if the Jaguars selected an offensive tackle with the second pick on Thursday.

In fact, the Jaguars have everyone so convinced that Fisher will be the pick that betting on the Central Michigan tackle to end up in Jacksonville will only yield you 50 cents for every dollar gambled, as Fisher is the now the run-away favorite to be the Jaguars' pick among gambling websites. 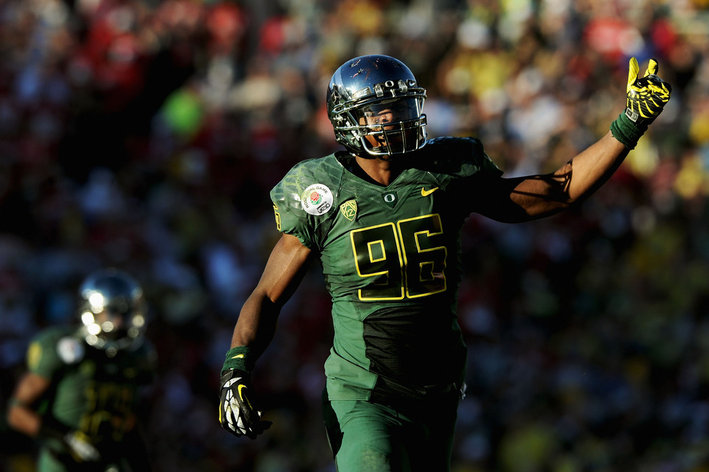 Yes, the Jaguars, the team that managed to keep their logo and uniforms under wraps while the Dolphins allowed both to leak earlier than intended, are accidentally giving away their plan.

The Jaguars, who have told everyone that only Shahid Khan, Dave Caldwell and Gus Bradley will know who the pick ends up being, are the ones that everyone have now figured out.

What's more likely? That the Jaguars are suddenly head over heels for a right tackle that could end up replacing possibly the best player on the team in a year's time, leaving another gaping hole at right tackle; or they are driving up interest in a player that looks to be their most logical way to trade away the second-overall pick.

See, here's the thing...when the Jaguars say that no one is going to know the pick but the three in charge, I actually believe them. And when the media spent the last three months saying they have no clue what the Jaguars are thinking, I believed that too. I still don't think anyone does. So what am I basing my thinking off of, instead? Basic logic.

The logic that selecting a right tackle with the second-overall pick would be an unprecedented bad use of the value of a top pick and that it's not going to all-of-a-sudden give Blaine Gabbert the comfort he needs to dominate the AFC South.

Is right tackle a need? Yes, but not one that should ever require a top 10 pick to fix; especially when players like Tyson Clabo and Eric Winston are on the free agency market and the majority of the league's best right tackles came later in the NFL Draft.

If I'm right and the Jaguars aren't legitimately interested in taking Fisher with the second pick, they certainly have most of the media fooled. I just have my fingers crossed that they have NFL general managers duped as well.

• Is there value at the right tackle position?

• Caldwell says he doesn't intend to trade down