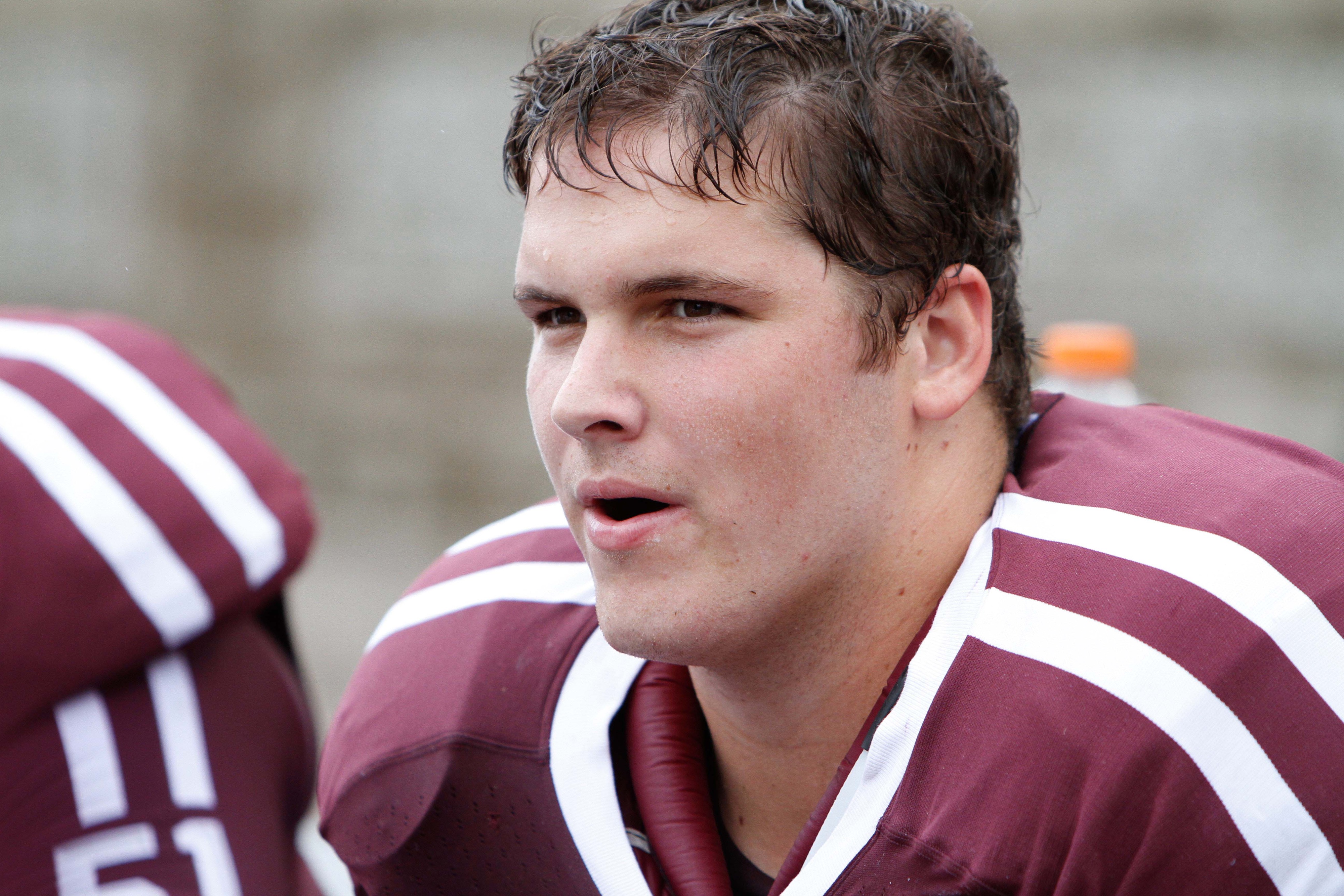 The Jacksonville Jaguars get a B- for their pick of Luke Joeckel, but the grade is bogged down by the fact that Joeckel will likely be playing right tackle for the foreseeable future. The Jaguars made it known Eugene Monroe will start on the left side and the team has hinted at plans to re-sign him. The Jaguars did pick arguably the best player in the draft however, so they still get a passing grade. He should be an instant starter and massive upgrade at the position.

Some people tend to confuse not wanting to draft a right tackle with the second overall pick with not want Luke Joeckel because he's not a good player, and that's just a poor logic leap. Luke Joeckel is a wonderful player, in fact he's probably the best player in the draft. While I'm disappointed the team took a right tackle second overall, I'm actually pleased that they stayed true to their board and picked who they had as the best player in the draft.

"When Shad (Khan) interviewed me he asked me before I even came in who I thought the best player in the draft was going to be, and I said Luke Joeckel," general manager Dave Caldwell told reporters on Thursday evening.

Caldwell didn't seem to care that Joeckel would be a right tackle, either.

"Teams can bring pressure from either side and it helps our offensive coordinator where if we don’t have to chip on their right side we can put more players into routes. Having two tackles, you see what San Francisco has done with Anthony Davis, they just gave him a long term deal and paid him quite a bit of money," Caldwell said of the criticism of the position. "And the way the new CBA is now you can take a tackle, you can take a non-valued position higher because it’s not as big a financial obligation so it doesn’t limit you in the salary cap, it doesn’t limit you with cash, and from that aspect it’s great. To have two really good offensive tackles is a good problem to have."

The Jaguars were also apparently stuck at the No. 2 pick and had to pick someone.

"I’ll be honest with you we got very little play. There was a little bit of casual inquiries a couple days ago, last night, and there was nothing substantial," Caldwell said about trading down. "I think Oakland just traded. They went all the way back to twelve. I think there was very little interest in teams coming up to one and/or two, and really three I think Miami probably got a pretty nice deal."

Overall, the Jaguars upgraded their roster on Thursday night with the selection of Joeckel and in the end that's all that really matters.

And yes, draft grades less than 24 hours later are stupid. I agree.

• Best players remaining for Round 2