The Jaguars get a passing grade for upgrading the secondary.

Share All sharing options for: NFL Draft grades: Jaguars ace the second round

The Jacksonville Jaguars decided to bolster their secondary with the No. 33 overall pick, the top pick in the second round, rather than trading it away like most expected. The market for the pick wasn't very hot, so the team decided to pick a player who filled a hole on the roster and who should come in immediately as a starter. 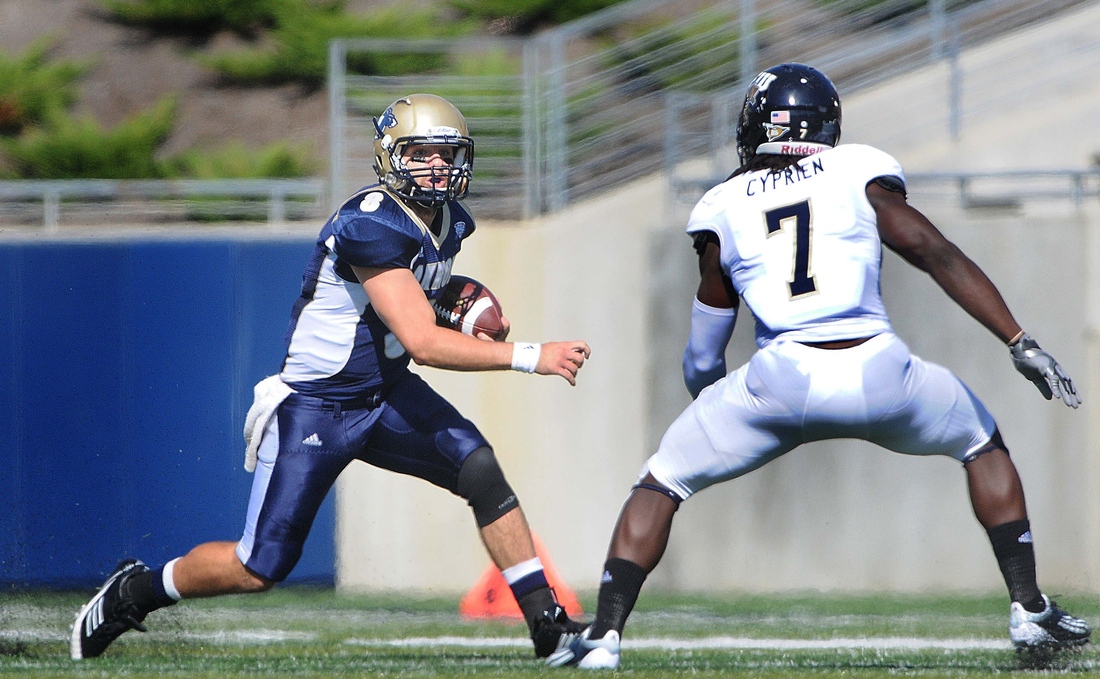 Jonathan Cyprien was a safety that a lot of experts liked and many thought could be the first safety off the board, so I never really thought he'd be an option for the Jaguars at the No. 33 pick in the second round. The Cyprien pick is the perfect blend of need and value and he should be an immediate stater on the defense.

The Jaguars drafted Florida International safety Jonathan Cyprien to play the strong safety role on the new defensive scheme, which would seem to be a perfect fit for the hard hitting safety. Even more so, the Jaguars picked a player that many people thought would wind up going in the first round of the draft.

"No, it wasn’t disappointing. I didn’t have my hopes up for the first round," Cyprien said on a conference call after he was drafted. "My agent went over everything, talking to me as far as our possibilities and he always told me top of the second round and there’s a possibility for the first, so I’m just happy to be a Jacksonville Jaguar."

Cyprien has the versatility to play either safety role, but for the Jaguars and Gus Bradley it appears he will play the bandit safety role, similar to that of Kam Chancellor.

"Yeah, he really fits the style of defense we want here. I told you the other day, strong safety. I really, really liked the kid when he came in here. I really liked his tape," Bradley told reporters after the pick. "We watched some. He’s more of a strong safety type. He can cover the middle of the field as well at times so you’ll see him drop down in the box a little bit more and he brings that mentality. He’s very, very instinctive football player. Like we talked about before; tough, reliable, smart, very competitive and loves ball. It’s great to have Johnathan."