The Jaguars draft class is exciting, but wasn't quite worth a top mark.

On Saturday night, Peter Schrager of FOX Sports gave the Jaguars an A+ grade for their 2013 Draft class and described it as "Seattle South." While I am enthusiastic about the class, I can't quite roll with Schrager to that extreme. 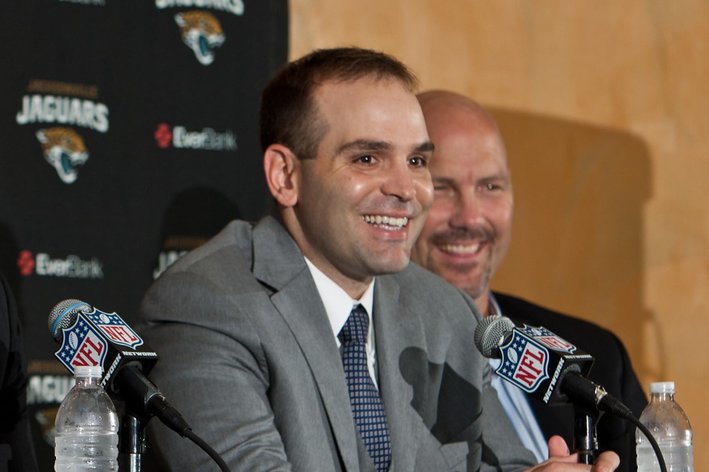 To be perfectly honest, Thursday night I was very disappointed; and if I had graded the selection of Luke Joeckel at the time of the pick, it wouldn't have looked too good. However, after seeing the rest of the draft and hearing assurances that Eugene Monroe will stay on the left side and likely remain there after the 2013 season, the pick settled for me.

That said, I can't give the draft for the Jaguars an A, although I thought it was pretty close.

The NFL is a passing game that is predicated about passing the ball on offense and taking down the quarterback on defense. With Blaine Gabbert and Chad Henne running the show in 2012, the Jaguars were about as bad at the first part as any team in the NFL and were statistically the worst at the second part, recording just 20 sacks.

New general manager Dave Caldwell elected not to take a single quarterback in the draft, or add anyone on the front-seven defensively.

Don't get me wrong, if Caldwell didn't believe that the class of quarterbacks had a player that could be a franchise-defining passer, he should've passed, as he did. But it's tough to dish out an A-grade to a team that entered the draft as one of the worst teams at passing or getting to the passer and left the draft without a new passer or player to take down the opposing one.

Am I excited about the class? Absolutely. The Jaguars began their assembly of a roster featuring speed and length, two things that the Seattle Seahawks have parlayed into one of the NFL's finest rosters. So thumbs up to you, Caldwell, but not quite two thumbs up, yet.