The Jacksonville Jaguars began their offseason program under new head coach Gus Bradley on Tuesday. The Jaguars had every player under contract outside of Eugene Monroe, who's absence was excused, in attendance to start the new season and get to work. Bradley met with the team for the first time and spoke for 45 minutes before everything got started.

"I didn’t want to have a two hour meeting with them and go through everything. I think it’s most important is to hit them with shots. Probably from here on out it will be maybe15 or 20 minute shots from me," Bradley told reporters on Tuesday afternoon. "I wanted to give them the feel what we’re all about. We had a lot of introductions to get taken care of and it was a lot of new faces, the coaching staff. I guess you have to talk to the players, but it felt like it went really well. I was very, very excited in how well it was received."

Bradley's modus operandi seems to be keeping things simple, as we've all seen his now famous "Do your job!" rant on the Seattle Seahawks sideline, imploring his players to simply do what their job is and everything else will work itself out. 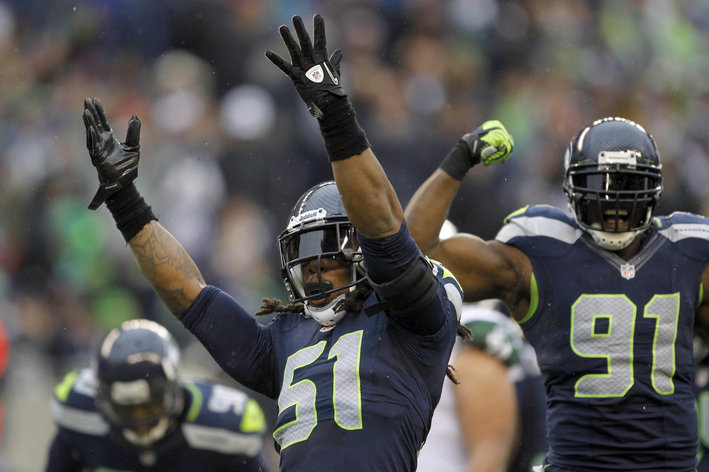 Jacksonville Jaguars head coach Gus Bradley runs a unique variation of the 4-3 that pulls from multiple defensive philosophies, utilizing something called a LEO. But, what does that all mean?

"You know what I just think the big thing with our players is I want to really come across as our plan is going to be really simple. Simple means that like Michelangelo he used three primary colors and look at what he did. Beethoven used seven notes and look at what he did," Bradley told reporters. "It was more along those lines."

There is a bit of beauty in simplicity, especially on defense, because it allows players to play fast. Playing fast is what causes big plays and turnovers, which is something the Jaguars defense hasn't done in quite some time on a consistent basis. You can still confuse quarterbacks with formations and coverages without being overly complex in what you do and sometimes keeping it simple, makes it look complicated.

"We don’t have to be over complicated in our house. Maybe to the offense, maybe to the defense that’s watching us on film it appears that way, but we’re going to teach and really understand with simple concepts," Bradley continued. "I think the big thing for us is we want to play hard, fast, and together. The middle part, that play fast, there’s nothing that we can do coaching-wise I’ve told our staff to jeopardize playing fast.