Will the Jaguars draft Geno Smith?

Share All sharing options for: Will the Jaguars draft Geno Smith?

The Jacksonville Jaguars have shown interest in numerous quarterbacks leading up to the 2013 NFL Draft, including West Virginia's Geno Smith. The team spent over an hour and a half privately with Smith at his pro day, to which Jaguars new head coach Gus Bradley noted he came away impressed and feeling better about the quarterback than he thought he would going in.

Can Geno win the QB job? 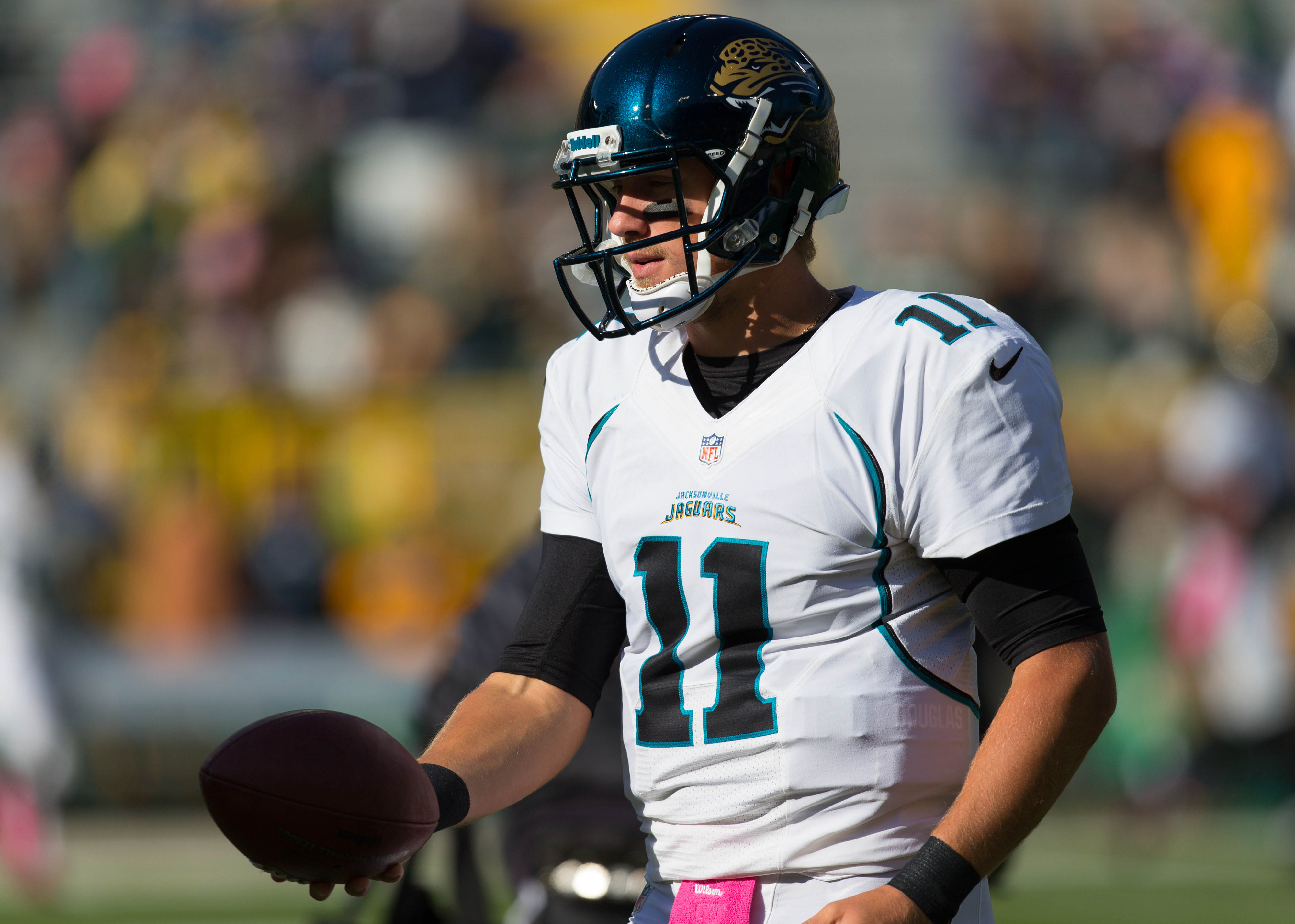 Smith may be the only quarterback available that could beat out Gabbert for the starting spot. It's not a secret that the 2013 NFL Draft isn't a particularly strong one for the quarterback position.

Smith isn't the slam dunk prospect that Andrew Luck and Robert Griffin III were coming out, but the reality of the situation is quarterbacks are always over drafted and pushed up the board.

The popular belief right now is that the Jaguars interest in Geno Smith is just an elaborate smokescreen to drum up interest in the second overall pick, which would allow the Jaguars to trade down and acquire more picks on draft day. While that certainly makes sense, it does stick out a bit that the Jaguars appear to be the only team picking in the Top 10 that have done absolutely nothing at all at the quarterback position, while at the same time preaching they want to add competition at the spot. In a draft that's noted to not be particularly strong at the position, it's going to be tough to add competition to the position without spending a Top 40 pick at the position.

It's entirely possible there is another type of smokescreen going on in Jacksonville, and that's with the praise of current quarterback Blaine Gabbert, which is detailed by CBS Sports' Jason LaCanfora.

"Sure, the Chiefs won't take Smith (not after overpaying the 49ers to acquire Alex Smith), and I know some are saying all of the attention the Jaguars have spent with him is a bit of a smokescreen," writes LaCanfora. "But then again, the Jags' new brass has no ties to Gabbert, they just watched him get two coaches fired in two years, more or less, and yet they opted to stay out of the hunt for Flynn (who has ties to their head coach), and Kolb, whom they loved coming out of college, and Smith (whose quarterback coach in San Fran, Greg Roman, is very good friends with Jags GM Dave Caldwell), and Palmer and others. That's very telling. (And don't give me any of this crap about backup Chad Henne -- he's just a guy)."

As noted above and as I've noted on Twitter multiple times in the past, it's really odd that the Jaguars have said they want to add competition to the quarterback spot, but have done absolutely nothing thus far and the NFL Draft is only 21 days away.

"In fact, everything I have heard leads me to believe the real smoke screen is the idea that there has been a rallying behind Gabbert. To the contrary, his sense of entitlement, lack of production/development, attitude, and struggles in the face of the pass rush are just some of the reasons why he might never see the fourth year of his rookie contract in Jacksonville," LaCanfora continues. "So the Jags are very much in the hunt for their next quarterback, they won't do any better than Smith in this draft, they're likely to be the first quarterback-needy team with the chance to take him, and passing on him could prove to be a huge mistake."

The "Blame Gabbert" news came out a few weeks ago and the team and Gabbert have predictably deflected that, but what if it's indeed true? As LaCanfora notes, Gabbert's struggles have been vast, even with the crap situation he's been in, and he hasn't really shown much on the football field. The Jaguars quarterback coach Frank Scelfo came out and said had Gabbert played his full amount of eligibility he may be the No. 1 quarterback in the 2013 Draft, but that's assuming he'd have played well at Missouri rather than his production wane as it did from his sophomore to junior season.

I've noted in the past that I would take Smith with the second overall pick, because you don't often get a shot to take a swing at a possible franchise quarterback, so if you think the guy can be one you pull the trigger. I have no idea how the Jaguars feel about Smith however, but I wouldn't be surprised at all if he was drafted, partially because of what LaCanfora has laid out here, which are some of the same points I've laid out in the past. Quarterbacks are what drive football teams.

"So I believe the Jags are spending all of this time, energy and resources on him for a reason beyond hoping to drum up interest in the second overall pick," writes LaCanfora. "How could a small-market team like this, desperate for an identity and someone for fans to gravitate to, not be interested in the best amateur quarterback in the country? How could they not look at a fellow small market team like the Panthers, with Newton, and not think what if?"

Do I think the Jaguars will take Geno Smith in the first round?

I honestly don't know and can't get read either way.

I wouldn't be shocked if they did, though.