What does it say about a group of people that in the face of logic and common sense still hold fast to their beliefs? One would say that they are delusional fools. However, we as sports fans are a part of such a group and embrace this delusion wholeheartedly.

We follow a game and a team more than logic or common sense should allow. Our emotions and passions are stirred by the drop of a ball into an arbitrary space on a piece of ground set aside for sport. We accept this as normal. We do not see any problem with this. Yet when observed with a cold eye, our behavior as sports fans flies in the face of what should be normal.

This Fanbase Is Surrounded 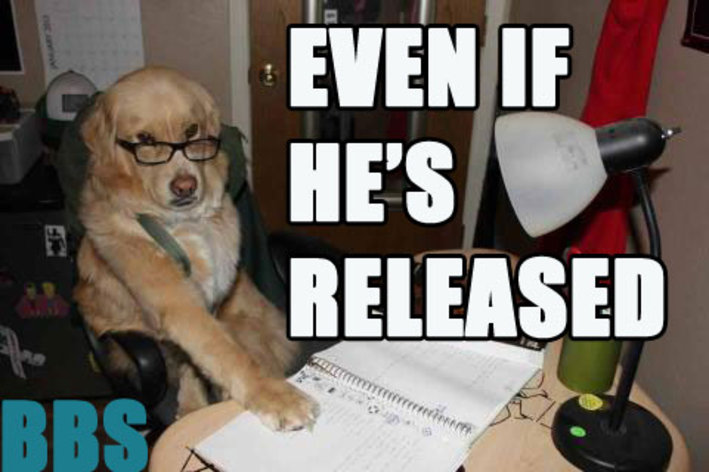 When surrounded by discord and difficulty, the true character of a group is exhibited.

This has been particularly ironic to us lately. The noise that has been created by one individual's idiotic attempt to sway a team has once again created needless debate about He Who Shall Not Be Named. The struggle between the Cult of Him and fans of this team has gone beyond logic. Beyond facts. Beyond orderly discourse.

What makes writing about Tim Tebow objectively difficult is not his metrics or throwing motion or anything else football-related. What makes writing about Tebow so difficult is the inevitable backlash from his supporters. When faced with information that seems to be contrary to what is established canon within the personality cult, there is a visceral reaction that automatically seeks to refute that information emphatically. The reaction is impulsive. It is instinctual.

There is a distinct personality cult that surrounds Tim Tebow that drowns out what should be a reasoned and fact-based discussion about his merits as a player. Instead we are barraged with media-created drivel that eschews logic. Latching onto that media-created narrative is a group of people that do not see Tebow as a football player, but as an Ideal. An Idol. Someone to praise and look toward like a beacon.

That is the problem with Tebow. He is no longer the issue, rather it is the mob that surrounds him. It's the cult of personality that has enveloped Tim Tebow the football player and has created Tim Tebow the demigod. Often times when we think of personality cults, we think of dictators and tyrants like Stalin, Ceausescu, and Pol Pot. All were surrounded by an aura created by propagandists and perpetuated by mass media onto an all too willing public. But mass murderers and potentates are not the only ones surrounded by personality cults.

Justin Bieber, the plasticine, Canadian teen-pop spectacle is surrounded by a presence that is all too cult-like. His followers, 'Bieliebers', though incredibly young and immature, rally around Justin Bieber. They terrorize the Internet, causing flame wars, mass text dumps, and harass individuals because they do not buy into the cult of Bieber. Now we are not saying that the Cult of Tebow is one and the same as the Cult of Bieber or the Cult of Ceausescu or the Cult of Saddam or the Cult of Pol Pot or the Cult of Pinochet, but in operation, they are quite similar.

To reason with these people is impossible. To use rhetoric and logic with them is fruitless. We are dealing with people who do not want to reason. We are dealing with a struggle between information and informed disinformation. While on one hand we have raw numbers to back our arguments up, the Cult has a media-created farce to back theirs. To argue with these people is an exercise in futility and a waste of brain cells.

We have stated several months ago that we are not in the Tim Tebow business, but rather that we are in the Jaguars business. It is time that this community should do the same and leave this spectacle alone. It is no longer tedious, but tenuous and taxing.

The Jaguars are our team.