For the first time since his four-game suspension, Jaguars WR Justin Blackmon speaks to the media.

At the time the suspension was announced, Blackmon released a statement through the team expressing remorse for his mistake. 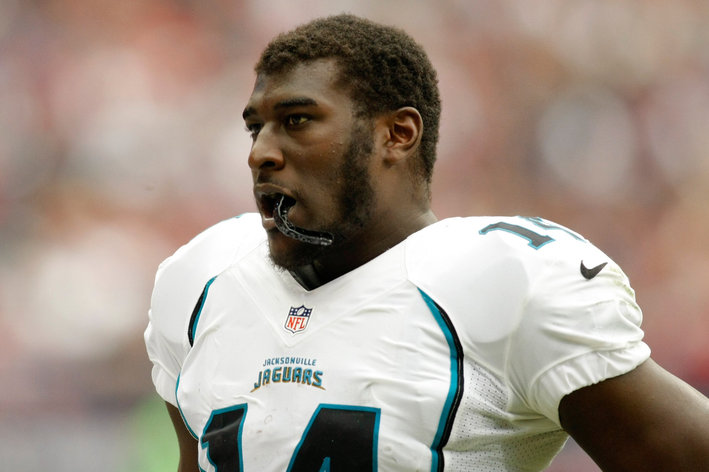 Jaguars wide receiver Justin Blackmon is entering his second season in the NFL, but the former first-round pick is already at a crossroad.

"No, I would say I don’t," Blackmon said when asked if he had a substance abuse problem. "Out of this whole thing one of the main things I would say that I had a problem with was just making a poor decision, making a selfish decision at that and not thinking about the long-term of it and just thinking about at the time. If you want to ask if I have a problem? I have a problem with making a poor decision."

Poor decision making is a problem for Blackmon and it has been the past three years of his life, having an alcohol related incident his final year at Oklahoma State, a DUI last offseason and now a substance abuse related suspension from the NFL.

Blackmon can now lean on his teammates and his coaching staff now that OTAs are back in effect and the team is on the field practicing. All of Blackmon's mistakes have seem to come during the offseason, perhaps with having too much time on his hands.

Blackmon knows he's at a crossroads, however.

"I’m very confident," Blackmon said when asked how sure he was this would be his last mistake. "I don’t think anybody wants to be in the position that I’m in right now and I don’t think anybody wants to be in a position that can be any worse. I’m not going to go into it and say I want to be in this position because that’s not where I want to be. All I can do is come out here and work every day and get better each day.

"Coach Gus says every day, ‘Today is the most important day,’ and that’s all I can do is come out here every day and try to improve and take care of everything else as it comes," Blackmon concluded.

• Jaguars CB position to be sorted out in camp