"Plenty of teams called saying they wanted me to come to their organization, but I just felt like Jacksonville was the place for me.”

Share All sharing options for: Roderick Tomlin found a 'perfect place' in Jacksonville

The jump from the collegiate level to the NFL makes for a tough transition for all players and even more so for small school players like Jacksonville Jaguars offensive tackle Roderick Tomlin. The Murray State alum signed a contract with the Jaguars shortly after the draft and now has the tough task of making a roster as an undrafted free agent, but Tomlin doesn't think the transition has been too tough, so far.

"It's been somewhat of an easier transition than what I expected," Tomlin said in a phone interview Wednesday. "Coming out of college and especially a small school, everyone was saying be prepared for the speed and be prepared for all the knowledge you're going to gain. People saying the vets are going to be moving fast and leaving me on an island, it hasn't been anything like that. Especially down here in Jacksonville, the vets really have been helping me out with the transition."

Among the veterans helping Tomlin out has been defensive lineman Austen Lane, a former college teammate of Tomlin at Murray State. In fact, Lane was part of the reason that Tomlin thought Jacksonville was the perfect place to go, among other factors.

"I felt like being in Jacksonville was almost like being at home," Tomlin said. "The way [Austen] Lane talks about living here, for one, and also football-wise. The new system that Jacksonville is bringing in is very similar to the one I ran at Murray State; the no-huddle, spread-type offense is what I've been running for the past three years. So I figured if anything, I'll feel a better fit here than anywhere else." 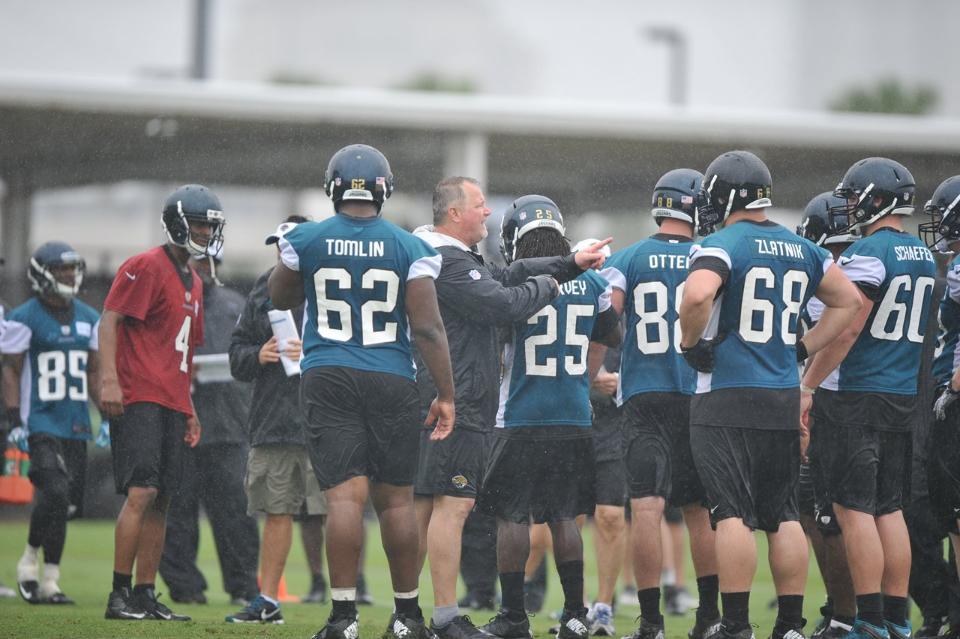 With the Jaguars, the former starter at right tackle for the Murray State Racers has been playing both guard positions and has been lauded for his versatility. "Not only do I have the ability to play different positions with my versatility, but if they ask me to do run blocks in a row for a touchdown, I can do that. If they want a pass set 20 times, or if they want me to mix it up and they call plays with half pass/half run, I can do whatever they want me to do and that's what I bring to the table for the Jags.

"They just told me ‘know you'll have a home here to play and know that there is open competition.'"

The Jaguars weren't the only team to call Tomlin. They weren't even the first team to call or the team that showed the most interest in Tomlin pre-draft. They earned his respect a different way: by telling him that they weren't going to pick him in the sixth or seventh round.

After selecting Denard Robinson in the fifth round, Tomlin got a phone call from the Jaguars. "They just told me up front and said ‘Hey we're not going to be able to draft another offensive lineman. We already have our goal set for who we want to pick up,'" Tomlin said. "They just told me ‘know you'll have a home here to play and know that there is open competition.' I just wanted someone to be up front with me."

With veteran Uche Nwaneri and 2011 third-round pick Will Rackley penciled in as the starters for the Jaguars at guard, Tomlin would have to be a world beater to earn a starting role right away. But after Nwaneri and Rackley the depth is thin on the interior of the offensive line and wide open for a player like Tomlin to earn a spot.