The Jacksonville Jaguars signed veteran cornerback Marcus Trufant on Tuesday afternoon, an older player who's played under head coach Gus Bradley before and should know the defensive scheme. Trufant will be able to assist the younger players acclimate to the defensive scheme, but he knows he's here to compete for a role first and formost. 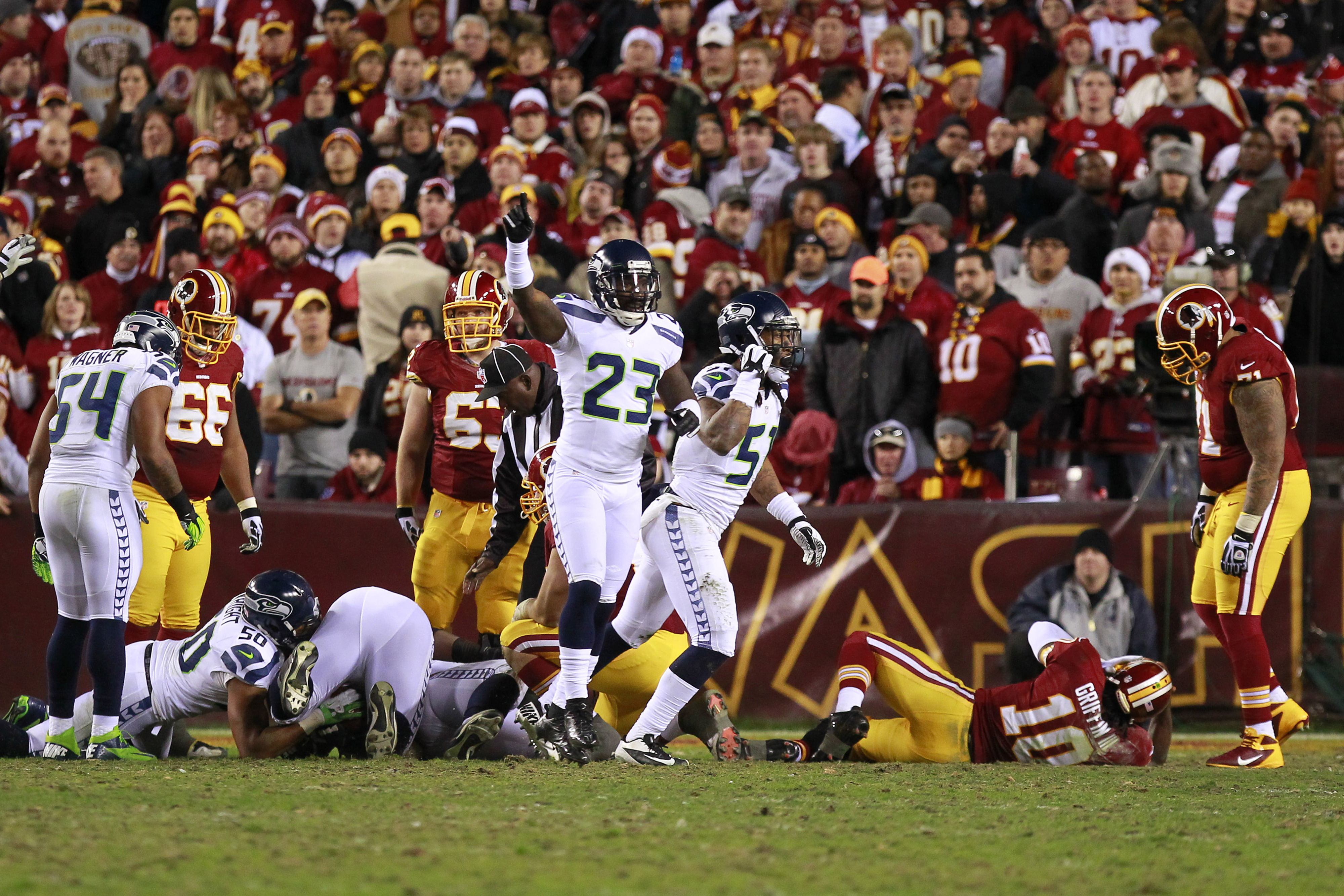 Trufant played in a limited but important role in the slot last year for the Seahawks - an extremely difficult transition from the outside with totally different responsibilities & technique - and struggled at times, almost always to the great consternation of fans. However, considering the late-career position change and the fact that apparently no one else could beat him out for playing time there, I'd reckon he was faced with a pretty tough task in the first place - a challenge he met head on and never complained about. Seattle isn't exactly short of talented defensive backs so while he was pretty much labeled the weak link in Seattle's defense, I think his poor play was probably a little exaggerated and frankly, probably better than what Jeremy Lane, Byron Maxwell, Ron Parker, or any of Seattle's other DBs could have managed. I'm in the camp that believes slot corner is one of the most difficult positions to play on a defense, so asking Trufant to move inside was a pretty tough proposition. He hung in there and contributed to Seattle's elite D, that's the bottom line.

"I’m a Jacksonville Jaguar," Trufant told the team's official website. "It’s a good feeling. It’s an up-and-coming team, a young team. It’s great to be a part of it."

Trufant will be a part of the Jaguars young secondary through the preseason, which includes a total of five draft picks from the 2013 NFL Draft, three of which are corners.

Trufant spent the 2012 season for Seattle as the team's nickleback, as Richard Sherman and Brandon Browner emerged in the 2011 season, in which Trufant missed 14 games with an injury and lost his starting role. He came back however and filled a role on the defense without much of a complaint and will come to Jacksonville with that same competitive attitude for his former defensive coordinator and now head coach in Gus Bradley.

"I just finished my 10th year, so I’m able to bring some wisdom to the table."-Marcus Trufant

Trufant is entering his 11th season however and will have to earn his spot on the roster, going against the young bucks on the team. He's leaving a team where he was beloved by fans, think their Rashean Mathis, and entering a whole new situation.

"The bottom line though is that you won't find a better guy, just in general," Danny Kelly of Field Gulls told me about Trufant, the Seahawks first round pick from the 2003 NFL Draft. "He's a pro's pro - and that's probably a big deal to Gus - a leadership role to all of Jacksonville's young DBs corps. I think 'teaching players to be professionals' is an underrated thing - players are going to be thrown into the fire, given a whole crap-load of money and attention, and it's probably a good thing to have a guy in their meeting room giving them advice on how to handle it all."

For now, Trufant is another in the competition for the cornerback spot on the Jaguars roster, but I think he's got an inside edge on some of the kids.

• Jonathan Cyprien could be an impact rookie