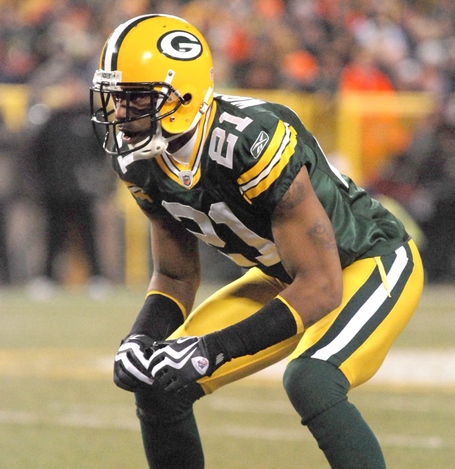 Now I know what you're thinking, Woodson would probably want to go to a team that's gonna have a shot at the Super Bowl next year, but hold up.

Woodson now says that he's willing to play for anyone. Anyone.

"When this process first started out, I needed to go to a contentder. I know I am toward the end of my career. At this point I want to play football. So if it is a rebuilding stage, at this point if that is the circumstances I have to play under then that is what I am going to do."

Yes, he's old, and yes, he's more than likely a shell of his former self, but consider this. Earlier this week we signed Marcus Trufant in order to bring wisdom to our young set of CBs from the draft, plus second-year Mike Harris.

Wouldn't it be great if we sign Woodson in order to bring wisdom for our safeties?

Sure we have Lowery, but I can't think of a better person that Johnathan Cyprien and Josh Evans could learn from than Woodson. The leadership skills he brings would be invaluable to this team. It's like London Fletcher for the Redskins. Woodson plays every down like it was his last, no matter the age.

But enough of me, I want to hear the opinion of the BigCatCountry userbase to know whether I'm crazy or not.

Would you want the Jags to sign Charles Woodson now that he said he's open to the idea of signing with a rebuilding team?