The Jaguars agreed to terms with their second and third round picks on Tuesday.

The Jaguars announced the signing of their second and third round picks on Tuesday morning, as both Johnathan Cyprien and Dwayne Gratz signed their rookie contracts. 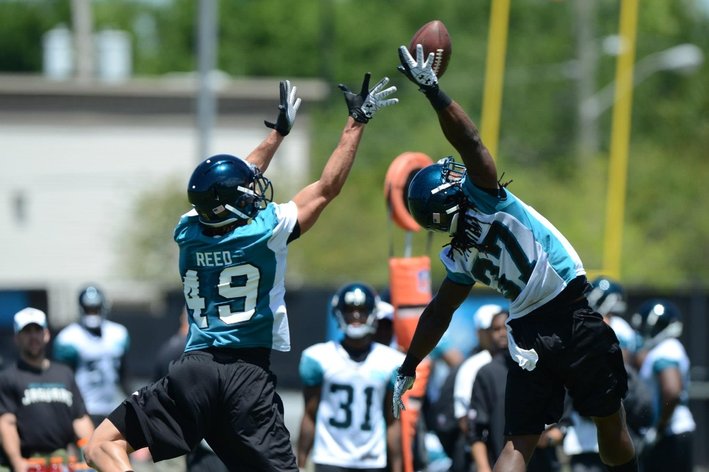 There's always a player during minicamp and OTA practices who stands out among everyone else, typically because of their raw athleticism and speed, but for the 2013 season the MVP appears to be second-round pick Jonathan Cyprien.

Cyprien, 22, was selected with the first pick of the second round in the 2013 NFL Draft after many expected him to be off the board in the first round.

An All-Sun Belt selection in each of his four seasons with the Florida International Golden Panthers, Cyprien finished his collegiate career with four interceptions and 93 tackles during his senior season. He is expected to be an immediate starter at strong safety for the Jaguars as a rookie.

Gratz, 23, was the second pick of the third round after earning All-Big East honors in his junior and senior seasons. In his senior season with the Connecticut Huskies, he finished with three interceptions and a touchdown. At 5-11, 201 pounds, Gratz has the press capabilities that Gus Bradley covets and is likely to be a starter at cornerback for the Jaguars as a rookie.

Following the signings, the Jaguars have agreed to contracts with four of their eight rookie selections.