Dwayne Gratz, Jeremy Harris and Demetrius McCray represent the future of the cornerback position for the Jacksonville Jaguars.

Share All sharing options for: Rookies usher in new era of Jaguars cornerbacks

When the Jacksonville Jaguars open training camp in a week, it'll feature a very different looking roster after a dismantling by new general manager Dave Caldwell. Perhaps no position will look more different than cornerback though, as each of the top three players on the 2012 depth chart are not on the team in 2013. 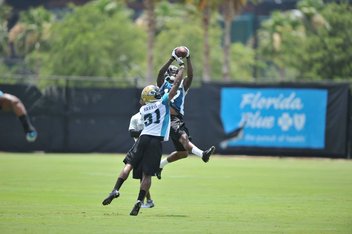 The Jacksonville Jaguars cornerback position looks completely different entering training camp than it did to end the 2012 season. There's only two returning players at the cornerback position in Mike Harris and Kevin Rutland, with all but two of the new players being rookies.

After allowing the contract of Rashean Mathis to expire, releasing Aaron Ross and allowing the departure of Derek Cox in free agency, the Jaguars were essentially empty at cornerback. The fix was to sign Alan Ball in free agency and the selection of three cornerbacks in the 2013 NFL Draft.

Under new head coach Gus Bradley, each of the added cornerbacks were players with length and the ability to play press coverage a la the Seattle Seahawks of 2012. With 6'3" Richard Sherman and 6'4" Brandon Browner, the Seahawks dominated opposing pass games with physicality and aggressiveness, allowing the fewest points in the NFL.

Only three teams allowed more points than the Jaguars, but the additions of Dwayne Gratz, Demetrius McCray and Jeremy Harris in the 2013 NFL Draft represented the beginning of a new era for the Jaguars defense.

By the time the third round of the NFL Draft rolls around, teams aren't typically looking to find a player that will immediately be penciled in as a starter for Week 1. While players selected on the second day often earn a starting role, not many are put in the situation that Dwayne Gratz, the 64th overall selection of the 2013 NFL Draft, was placed in when he was selected by the Jaguars.

"With there being so many rookies playing cornerback, it's an experience that not many players have during their first year in the NFL," Gratz said of the Jaguars roster in a phone interview. "I'm trying to do the best that I can and hopefully the coaches think I'm ready for the first game. I'm looking forward to it." 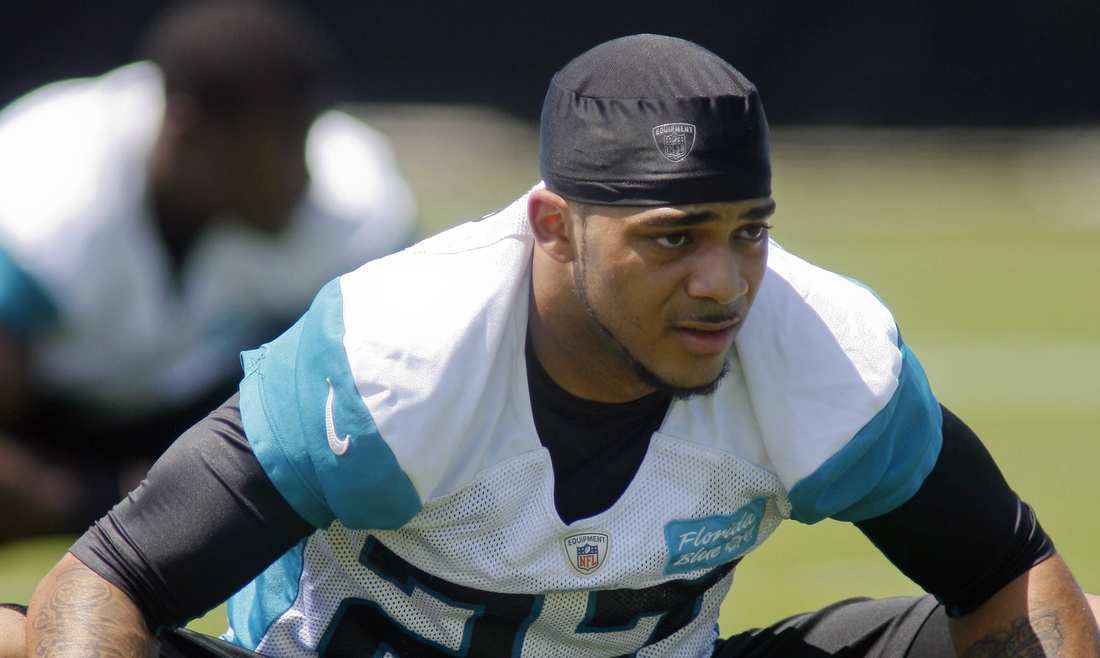 Through the first few months of his time as a member of the Jaguars, Gratz is already considered to be the presumed starter for the team opposite Alan Ball. While the job is far from in his hands for sure, Gratz has his sights set on making sure he has earned the starting role for Week 1.

"I don't want to be an average player," Gratz said. "I think everyone's goal when they come to the NFL is to start one day. Nothing is a given right now...during the minicamp I was the starter, but I still have to play and produce on the field. That's what I plan on doing and hopefully I can prove to the coaches that they can allow me to play."

Just like every other rookie on the Jaguars, seventh-round pick Jeremy Harris has to deal with the struggles of transitioning from the collegiate level to the NFL. However, his transition is aided some by the fact that he has his collegiate head coach, DeWayne Walker, joining him as the new Jaguars defensive backs coach.

"I think that he's a guy that we're really excited about developing and see where he can take his talents." -Gus Bradley on Jeremy Harris

The fact that the New Mexico State alum was reunited with the coach was hardly by chance too, as Walker certainly had a hand in getting Harris on the team, a fact that can only help the young cornerback.

"We feel like his best football is ahead of him," general manager Dave Caldwell told reporters after the Draft. "He's big, he's long, he's a great system fit for us, he's a competitive kid. And the fact that he's really only played one year of solid college football he just feels like he's really learning a lot of the technique and that we could really develop him into something really special."

At 6'2", 181 pounds with 4.48 speed, Harris certainly fits the bill of the type of cornerback that can be molded into something special for the new-look defense.

"Those are the type of guys you really like to work with," head coach Gus Bradley said of his size. "He has a conscious of staying on top, principles that we teach our corners and you see it on tape. I think that he's a guy that we're really excited about developing and see where he can take his talents."

Like Jeremy Harris, Demetrius McCray's spot on the 53-man roster is far from assured. On a roster that features several young cornerbacks, some will have to be released prior to Week 1 of the regular season, but that's a fact that McCray doesn't try to dwell on. 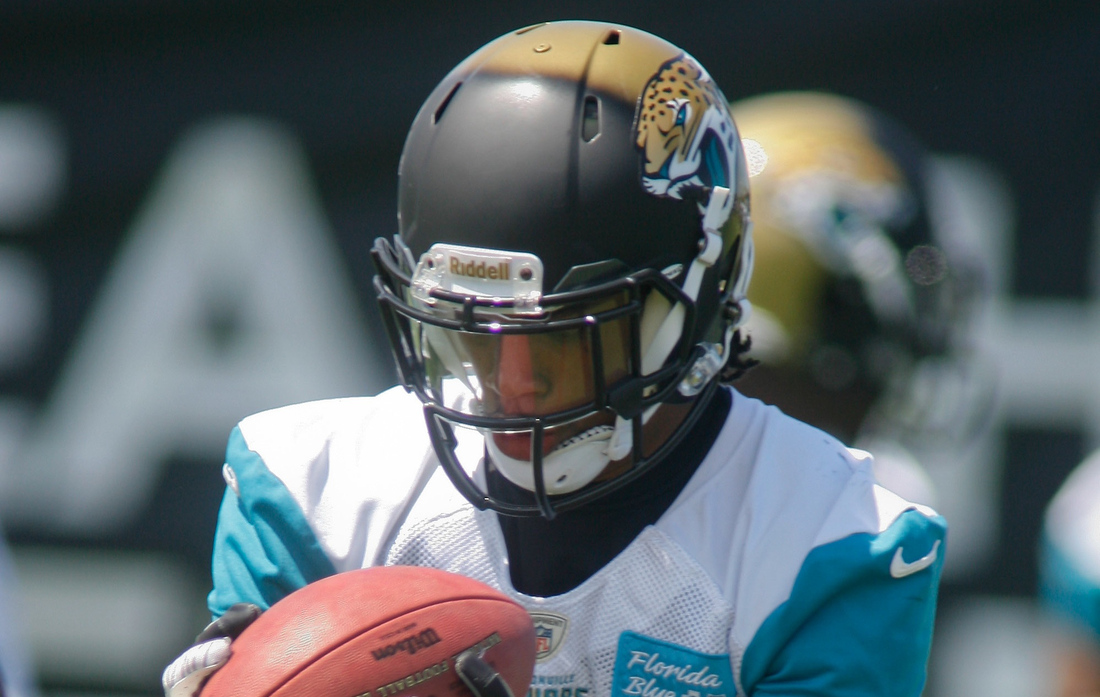 Selected two picks after Harris in the seventh round, McCray was the last selection of the Jaguars' eight-man draft class and has the challenge of making the jump from the FCS level where he played for the Appalachian State Mountaineers. On a Jaguars team that used to highlight small-school players under former-general manager Gene Smith, McCray enters training camp as the only 2013 NFL Draft selection of the Jaguars that didn't play for a FBS school.

"It doesn't make the transition necessarily any tougher," McCray said of the FBS players he'll compete against in training camp. "They're still going to compete, they're not superhuman so it's not like it's anything I haven't seen."

Instead McCray says there's a camaraderie between the young cornerbacks on the team, despite the fact that they'll be competing for the same roster spots in August.

Making the transition easier for the young cornerbacks was the addition of 11-year veteran cornerback Marcus Trufant. Familiar with Gus Bradley's scheme after spending the first 10 seasons of his career with the Seattle Seahawks, Trufant has been a welcomed help for the young players on the roster. 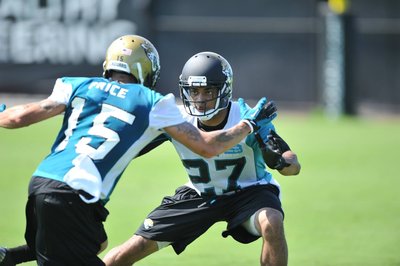 The Jacksonville Jaguars have some new faces at the cornerback position in 2013, but did they improve from 2012?

"Right now I have no snaps under my belt and just being able to talk to him and see the game through his eyes and through his experiences, it helps me out a lot," Dwayne Gratz said of Trufant.

Originally drafted in the first round of the 2003 NFL Draft, Trufant was a full-time starter for the Seahawks for eight seasons before playing in a reserve role in each of the past two seasons. Still, in a league that features more passing, reserve corners play a large role as Trufant played in 407 snaps for the Seahawks in 2012 and earned a positive grade from Pro Football Focus.

"He's an 11-year veteran so his wisdom of the game is crazy, so we're just trying to feed from him," Demetrius McCray said. "I'll take any little thing I can get from him that helps make me a better player."

The biggest change between the 2013 cornerback position and the one of the past for the Jaguars will, without a doubt, be the scheme change of head coach Gus Bradley. With the addition of 5'11" Dwayne Gratz, 6'2" Jeremy Harris, 6'1" Demetrius McCray and 6'2" Alan Ball, the Jaguars will look to switch to an aggressive defense that features press coverage.

"We're trying to be aggressive and physical all around, not even just the cornerbacks" -Dwayne Gratz

"If you can have a 6'1 corner with length and long arms, that's a huge advantage," McCray said. "You can take away some of the throwing lanes for the quarterback, you can disrupt the timing of the receiver and the quarterback on the line."

After finishing the 2012 season with the third-most yards allowed and 23 turnovers forced (as compared to 31 by the Seahawks), the Jaguars will now look to be an aggressive defense that preys on opposing offenses. "We're trying to be aggressive and physical all around, not even just the cornerbacks," Gratz said.