Jaguars vs. Jets: Should Blaine Gabbert or Chad Henne start?

Who should start for the Jaguars against the Jets on Saturday?

Share All sharing options for: Jaguars vs. Jets: Should Blaine Gabbert or Chad Henne start?

The Jacksonville Jaguars quarterback performances on Friday against the Miami Dolphins were both somewhat uninspiring. Both Chad Henne and Blaine Gabbert didn't really wow anyone, but neither was awful either. The Jaguars now have to take the week leading up to the matchup with the Jets to decide who will start the game.

No Answers at QB, Yet 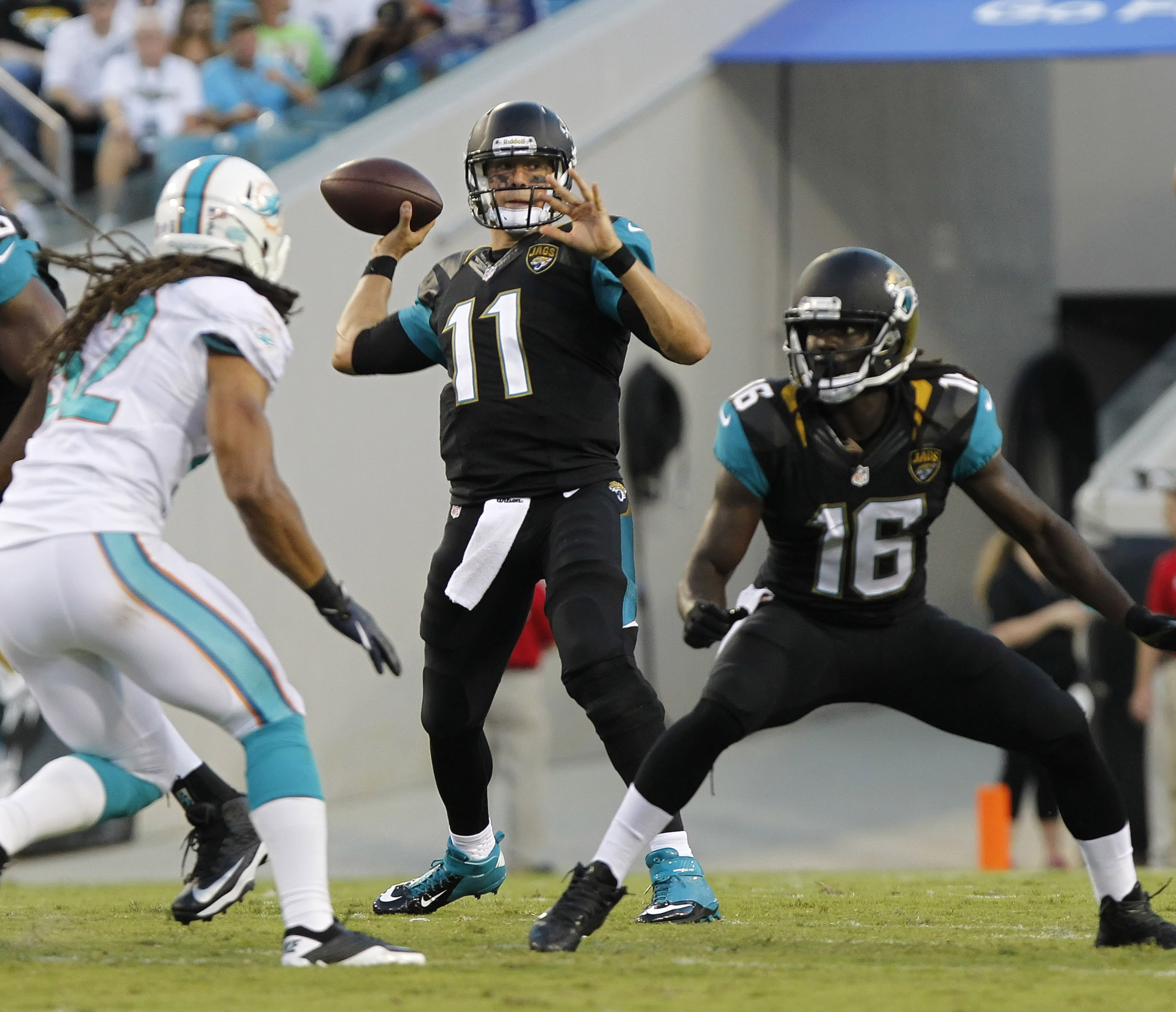 The Jaguars quarterback competition still went nowhere on Friday, meaning the Jaguars still have a lot of evaluating to do before Week 1.

Prior to the preseason beginning, I felt the team would start Gabbert for the first game, Henne for the second game, and then consider everything leading up to the third preseason game and decide on the starter, who I still think winds up being Gabbert, by the way.

If the Jaguars are basing who should start against the Jets on the first preseason game, they should start Chad Henne. While Henne certainly didn't blow anyone away, he was function in the offense, no matter which set of defenders he was going against. Point blank, he executed and moved down the field.

Gabbert appeared to have a drive starting, but it was derailed by the tipped interception and the offense just couldn't get moving against the Dolphins first team defense. He wasn't horrible and really only had one bad pass, but Henne was the more functional quarterback on the day.

The Jaguars could also completely wipe the Dolphins game from memory and base the starter on the week of practice leading up to the Jets game, basing their decision on who makes the most of their opportunities with the first team reps in practice.

Jaguars vs. Jets 2013: Blaine Gabbert gets the start, looks to improve