Join the BCC community to discuss the second half of Saturday's preseason game between the Jaguars and Jets.

Share All sharing options for: Eagles vs. Jaguars 2013: Second half game thread

Things haven't looked perfect for the Jaguars through two quarters against the Philadelphia Eagles at EverBank Field, but they could certainly look a lot worse, as the home team enters halftime with a 17-16 lead. 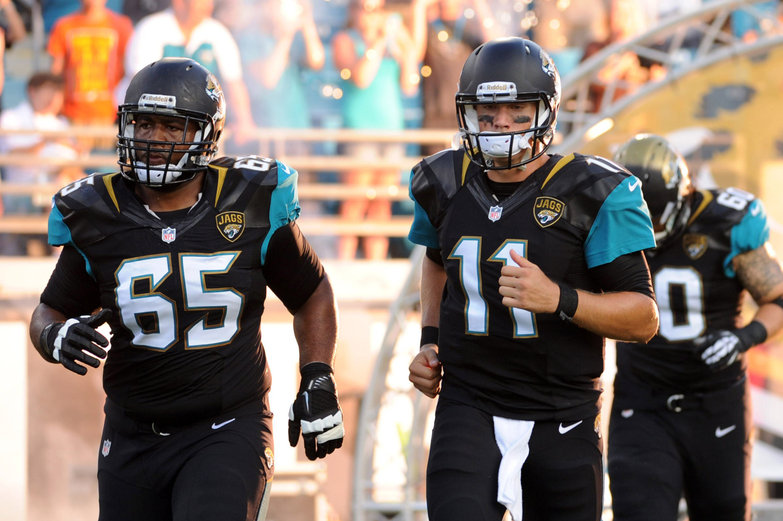 Jaguars G Will Rackley was helped from the field in the first quarter of Saturday's game after suffering a leg injury.

With quarterback Blaine Gabbert out for the remainder of the season, the Jaguars were led in to Saturday's game by Chad Henne and things certainly started off well. After forcing a punt, Henne led the Jaguars on a 12-play, 90-yard drive that finished with 17-yard touchdown pass to Justin Blackmon.

Defensively, the tackles of the Jaguars have been able to provide some decent pressure, although Michael Vick wasn't hurried much by the LEOs of the Jaguars.

Eagles vs. Jaguars 2013: Everything you need to know