Is the competition for roster spots at the LEO position over as of Sunday?

When the Jacksonville Jaguars announced the release of 12 players on Sunday, none were very surprising perhaps with the exceptions of veteran long snapper Jeremy Cain and rookie pass rusher Paul Hazel. Along with Hazel, the Jaguars also released rookie defensive end J.D. Griggs, another candidate to fill the LEO role for the team. 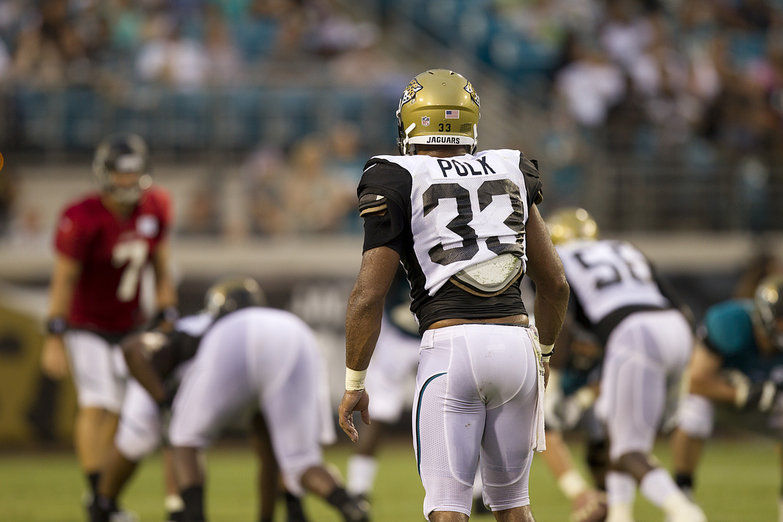 The Jacksonville Jaguars have cut their roster from 88 players to 75 players.

With 22 more cuts left to be made, the Jaguars still have wide open competitions at almost every position and will still have decisions to make. As of Sunday, the depth chart has officially settled at punter and long snapper, but the most significant aspect of the weekend's roster moves is that the depth chart at LEO may also be settled.

Following the departures of Hazel and Griggs, Jason Babin, Andre Branch and Ryan Davis are the only three LEOs left on the roster. At a position where rotation is valued, three LEOs might be the perfect amount for head coach Gus Bradley.

In fact, if the Jaguars end up parting ways with their 2012 second-round pick, Andre Branch, as has been speculated as a possibility, it would almost certainly have to come after the Jaguars add another pass rusher to the mix.

With an influx of talent set to hit the market, that's always a possibility, if not a probability, but as of right now, the competition at LEO among the players on the roster appears to be over.