The Jacksonville Jaguars have had a quarterback competition on their hands since the hire of new general manager Dave Caldwell and head coach Gus Bradley. The competition has looked relatively even so far through the course of camp, but Pete Prisco of CBS Sports reports that the decision has already been made and it's Blaine Gabbert's job. 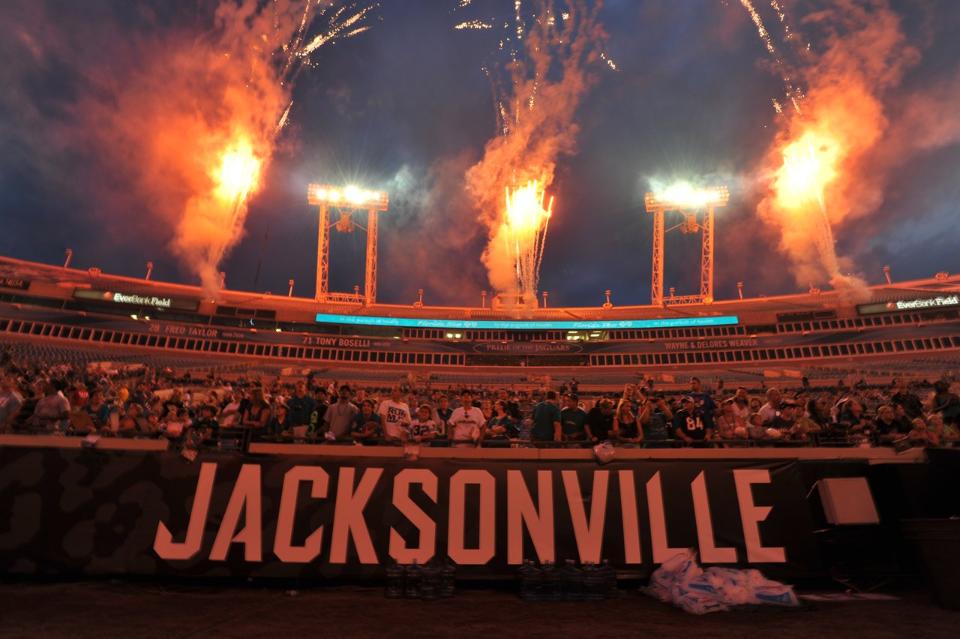 The Jacksonville Jaguars held their scrimmage on Saturday evening, but it didn't really reveal much that we didn't already know from training camp.

"But the word is the decision has been made," writes Prisco.

That's not really all that surprising, at least to me. From my view during the week of training camp and through the scrimmage on Saturday evening is that the competition is relatively even, maybe a slight edge to Gabbert. The simple fact is Chad Henne just hasn't been better enough, consistently enough, to make me think he's worth starting over Gabbert.

That should tell you quite a bit about Chad Henne.

There's an old saying of you have to beat the champ to be the champ, and as it stands Henne isn't really beating the proverbial champ. Even if the players are dead even, most teams are going to lean towards the 23-year old quarterback because of the potential for upside down the line, rather than the 28-year old who's pretty much plateaued.

Outside of the game against the Houston Texans, there wasn't really much difference between Henne and Gabbert, and the Texans game was still a loss because Henne couldn't muster anything offensively late in the game. The rest of the season was just as up and down offensively as it was with Gabbert prior to his injury, and Henne actually ended up turning the ball over and being sacked more. Henne also wound up playing more overall snaps than Gabbert did in 2012.

I can ramble through the list of excuses for the 23-year old Gabbert, about how he wasn't ready to step into the starting lineup when he was forced in his rookie season or about how he's had no help in his career. That doesn't matter though, because we all should have known unless he totally bombed in the offseason and the preseason, he's going to be the starter.

The club invested a first-round pick in him just two years ago. The club decided not to address quarterback at all in the 2013 offseason. It appears obvious the team was looking for him to come in the offseason, put in the work, and then find out finally if he's the guy or not in 2013 and then move on.

You can't do that if Chad Henne starts, but the only way Chad Henne should start is if he's clearly better than Gabbert, because then you know... but he hasn't been. So you still don't know.

They need to find out, and that more than anything is why Gabbert will start the 2013 season as the quarterback.