What we learned at Jaguars training camp 2013

The Jaguars have gone through a week of training camp, a scrimmage, and now head to the preseason. Here are some things we've learned.

Share All sharing options for: What we learned at Jaguars training camp 2013

The Jacksonville Jaguars have now gone through a week of training camp and an intra-squad scrimmage, so we can now begin to look at some of the things we know about the team after watching them. There is some good, some bad, and some more of the same that was in 2012. 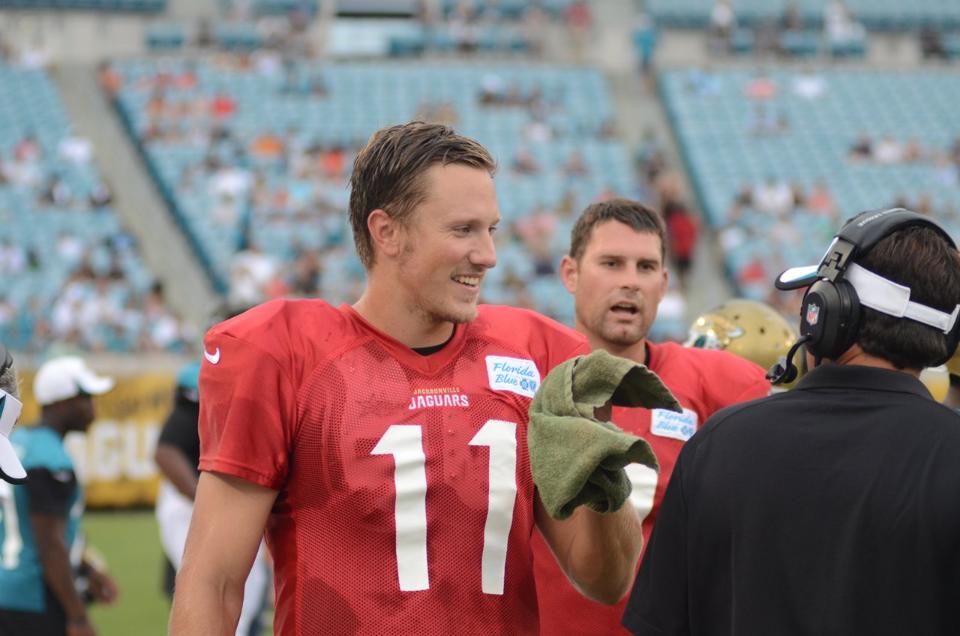 The first thing we learned in training camp is that the quarterback battle is pretty well dead even, and that favors the 23-year old Blaine Gabbert more than it does Chad Henne. Henne, being the older more experienced veteran, is going to really have to ramp up his play once the preseason begins if he wants to take the job away from Gabbert. Henne even had a few days where Gabbert was limited and held out of practice, but he didn't really take advantage of his extra reps with the first team.

We learned that the Jaguars might have some playmakers at the wide receiver position outside of Cecil Shorts III. Justin Blackmon has been sidelined with an injury, which has allowed Mike Brown and fourth-round pick Ace Sanders to step up and shine in his absence. Sanders hasn't just put work in at the slot receiver position either, but as a receiver out wide and down the sideline.

We learned that free agent addition Mohamed Massaquoi still has a lot of work to do and really has left a lot to be desired. He's seemingly been passed up for first team reps by a rookie and a second-year player who spent much of the season on the practice squad. 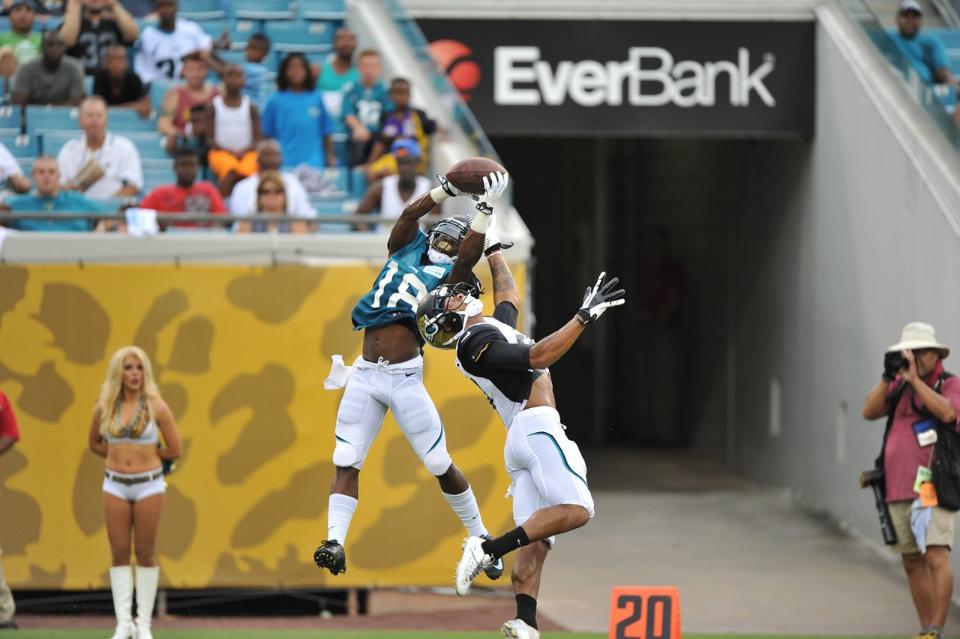 We learned that the Jaguars defense should look significantly different from 2012, not just in players on the field but also in style of play. The team has played much more aggressive in coverage and rushing the passer.

We also learned that the defensive line is going to be big. Big and long. The Jaguars should be able to clog the middle and force teams to run outside rather than right up the gut, where they were gashed last season.

We've learned that offensive coordinator Jedd Fisch likes to mix it up and isn't afraid to go to the back pages deep in the playbook, as evidenced by some of the formations and trick plays he's dialed up in practice, including the read-option package the team is running with Denard Robinson.

We learned that Tyson Alualu has probably been playing out of position in his NFL career up to this point, as he's looked like a different player in his role at the five-technique.

We learned that Luke Joeckel appears to be a slam dunk pick and should significantly upgrade the Jaguars offensive line, thus improving the offense going forward.

And finally we learned we should probably stop counting out Maurice Jones-Drew when things go bad, as the 28-year old running back returning from a lisfranc injury looks to be in excellent shape and running around just fine.

We'll learn a lot more on Friday evening, but right now this is what we know.