Blaine Gabbert will start for Jaguars vs. Dolphins

The Jaguars have decided on their starting quarterback for Friday's preseason game against the Miami Dolphins.

Share All sharing options for: Blaine Gabbert will start for Jaguars vs. Dolphins

The Jacksonville Jaguars have decided that Blaine Gabbert will be the starting quarterback for their first preseason game on Friday against the Miami Dolphins, giving him the first crack at pulling away in the team's quarterback competition. 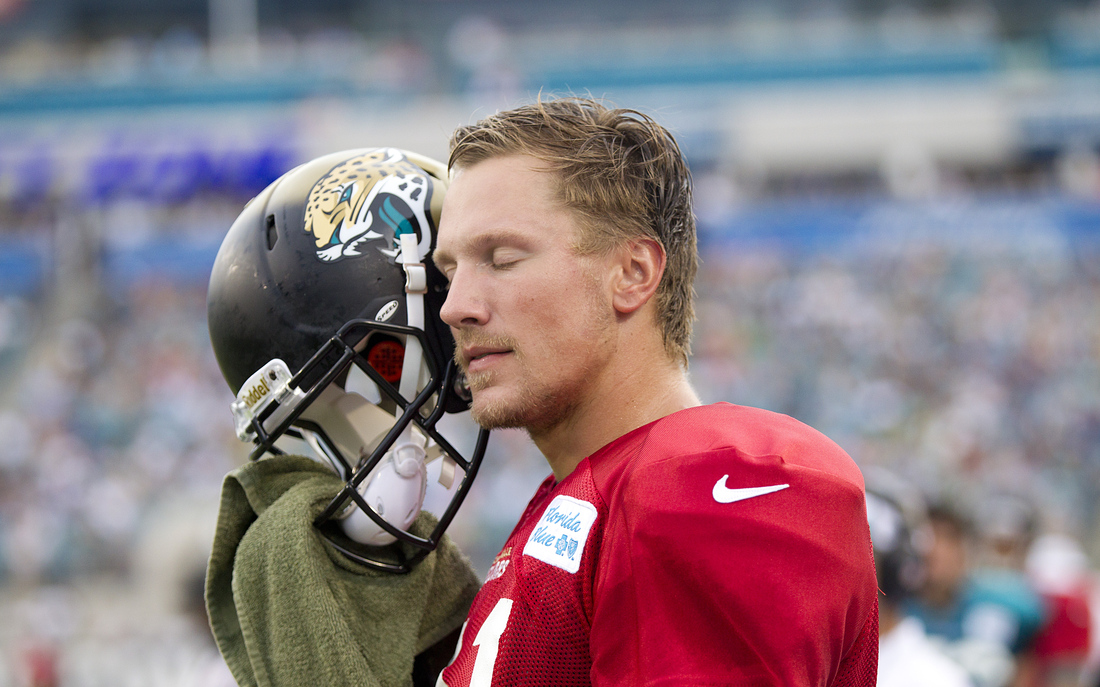 Gabbert has been competing against Chad Henne since organized team activities and through two weeks of training camp, but neither player has really pulled away. Gabbert is getting a shot to put his first foot forward to win the job however by starting against the Dolphins.

The team has yet to name a starting quarterback, even with some reports that they've already made their decision, but are keeping up at least the public image that the job is up for grabs.

If Gabbert can play well against the Miami Dolphins, mustering a scoring drive or two, and make some good decisions passing the football he could begin the first step in distancing himself from Henne in the competition.

Jaguars head coach Gus Bradley also noted after practice that Chad Henne would get reps with the first team offensive line on Friday.

Dolphins vs. Jaguars 2013: Preseason gets underway