How to watch Dolphins vs. Jaguars online, TV schedule, radio and more

The Jacksonville Jaguars open the preseason against the Miami Dolphins. You can catch the game locally on CBS or listen to it on the radio.

Share All sharing options for: How to watch Dolphins vs. Jaguars online, TV schedule, radio and more

The Jacksonville Jaguars take on the Miami Dolphins on Friday evening at EverBank Field with kickoff time set for 7:30 p.m. ET. It will be the first time fans will get to see the Jaguars in live action, with actual hitting, tackling and pass rushing for the 2013 season.

It will also be a good chance for fans to get a real look at the quarterback competition between Chad Henne and Blaine Gabbert, both of which have been pretty even through training camp and the scrimmage. 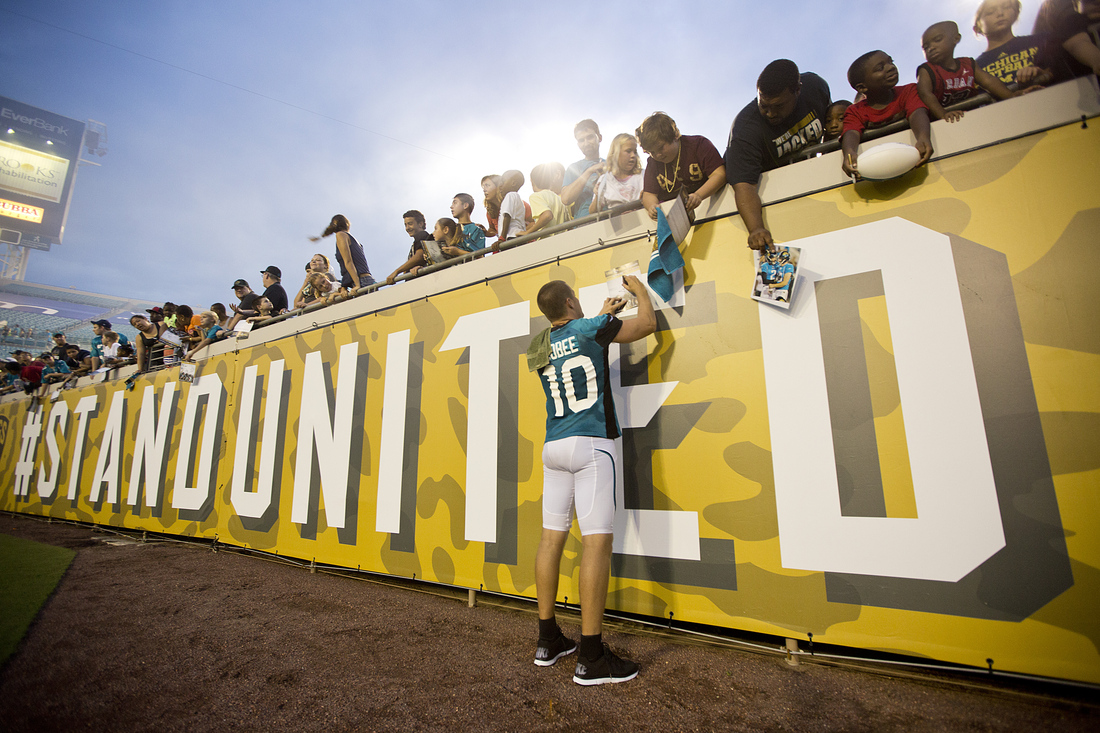 The NFL has implemented some new rules, in regards to what size bags you can bring into NFL stadiums this season.

There are a couple of things to look for when the Jaguars are on the field, the big one being the quarterback situation. The team will be trotting out Blaine Gabbert to start the first preseason game, but they also expect Chad Henne to get some time with the first string offensive line.

The offense won't be at full strength however, as Cecil Shorts III, Justin Blackmon, Maurice Jones-Drew, and Justin Forsett will all be inactive for the game. All but Jones-Drew are nursing minor injuries and/or recovering from offseason surgery. Rookies Ace Sanders and Denard Robinson should get plenty of looks however, so they'll be ones to watch for.

On the defensive side of the ball we'll get our first real look at the Jaguars new defensive scheme. The LEO position will be one to watch as Andre Branch has been a disappointment in training camp thus far, and the word is that Ryan Davis is closing on him for playing time as the No. 2. We'll also get to see the revamped interior defensive line and Tyson Alualu at his new defensive end position.

The Dolphins have had the fortune, or misfortune depending on how you look at it, of already playing a preseason game. In the Hall Of Fame game the offensive line looked a bit rough at the left tackle position as Jonathan Martin has reportedly had an up and down camp, and Dallas Thomas is still finding his exact role on the offensive line.

Ryan Tannehill had a rough go of it in his limited snaps, but he was also without his biggest new weapon in Mike Wallace, who should be back for the game.

The biggest thing most Jaguars fans will be watching however is Dion Jordan and just how the Dolphins use him in their defense. Jordan was a player a lot of Jaguars fans wanted and thought the team would draft back in April, so many are still curious to see how he does.

Listen online with NFL Audio Pass (requires subscription).
WOKV AM690 and 104.5 FM will also have coverage.

Dolphins vs. Jaguars 2013: Preseason gets underway