The Jaguars will have the opportunity to go after high-priority waiver wire players since they are near the top of waiver claim order.

After each of the 32 teams in the NFL cut their rosters from 75 players to 53 over the weekend, hundreds of players became free agents and a majority of them reverted to the waiver wire. As owners of the worst record in the NFL in 2012, tied only with the Kansas City Chiefs at 2-14, the Jaguars are near the top of the waiver order and have the ability to claim high-priority players that were cut over the weekend before other teams get a chance.

While many players will get claimed, there are a few that the Jaguars, in particular, could use to upgrade a roster that will take some reconstruction before its ready to compete at a playoff level. Here are a few players that the team could stake a claim for before Sunday's 12 p.m. deadline for waivers: 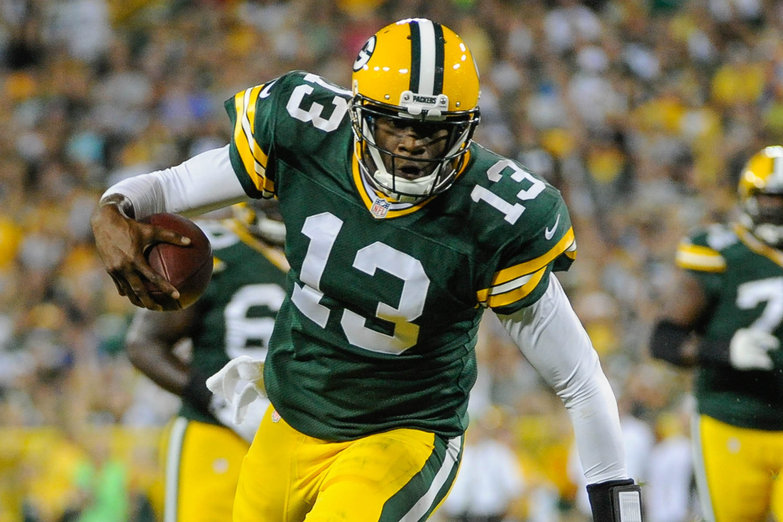 The preseason is over, and NFL coaches got down to the tough part on Saturday: making cuts.

DE Everette Brown - Those that remember Brown from his days with the Florida State Seminoles probably know that his first four seasons in the NFL weren't very productive. Now a 26-year-old veteran, Brown has played for four teams and is looking for a fifth to give him a chance. While none of that sounds promising, Brown may have turned a corner of sorts recently.

In preseason during his time with the Eagles, Brown accumulated four sacks and a +6.3 pass rush grade from Pro Football Focus, the highest among 3-4 outside linebackers and 4-3 defensive ends. That wasn't enough to earn him a spot on an Eagles roster that is competitive at that position, but his 6'1, 256-pound frame may be perfectly suited for the LEO position in Jacksonville.

DT Drake Nevis - A third-round pick in the 2011 NFL Draft, Nevis's NFL career isn't that uncommon to former Jaguars defensive tackle D'Anthony Smith. While Nevis never had an injury as serious as the Achilles tear that Smith suffered, his first two seasons in the league ended with the injured reserve, robbing him of realizing his potential.

In the 2013 preseason, Nevis finally looked the part, but it was apparently too little too late, to the surprise of most covering the Colts. Nevis could provide the Jaguars with another Brandon Deaderick-type player that is able to back-up Sen'Derrick Marks at the 3-technique, but also contribute as a 5-technique, if necessary.

C Fernando Velasco - The Jaguars have a promising offensive line, but if there's a concerning spot, it's undoubtedly at center. Brad Meester is 36 years old and Mike Brewster and Dan Gerberry haven't looked like starting quality depth players that can play in a pinch.

Velasco, 28, started all 16 games for the Titans in 2012 and earned a +12.9 grade from PFF. With former Rams offensive lineman Rob Turner added to the fold, the Titans attempted to move Velasco to guard and it didn't work out. He struggled in preseason and was eventually released from the team. With the Jaguars, Velasco could provide solid depth and potentially provide a starting quality player to a position that could use the help.

C Kevin Matthews - Where Velasco dominated in the regular season the year prior but struggled in preseason, Kevin Matthews did the opposite. An undrafted free agent in 2010, Matthews has been a work in progress during his time in the league.

The son of Hall of Fame lineman Bruce Matthews, Kevin Matthews finally seemed to look the part in the 2013 preseason before he got the axe in final cuts. He allowed just one hurry and earned PFF's best pass blocking grade among centers. At just 26 years old, he could make for a solid young piece on an offensive line that needs interior depth.

WR Ramses Barden - The Jaguars wide receiver corps currently features no player taller than 6'0, with the exception of the 6'1 Justin Blackmon who will be out of the first four games of the season due to suspension. The addition of a taller wide receiver has been considered a top priority for the team by some.

Barden, 6'6, 224 pounds, certainly fits the mold of a bigger receiver, but his production will raise eyebrows. After four seasons in the NFL, Barden has just 29 receptions for 394 yards and has yet to find the endzone. Perennially stuck behind Hakeem Nicks and Victor Cruz on the Giants depth chart, a change of scenery might do the tall and talented receiver well.

Keep up with all of our Fantasy Coverage

DE David Bass - A seventh-round pick in the 2013 NFL Draft, Bass recorded three quarterback hurries and one sack in the preseason. His strong performance in August is why Levi Damien of Silver and Black Pride called the release of Bass a "shocker" on Saturday.

At 6'4, 256 pounds, Bass is of textbook LEO build and makes perfect sense to bring in, but don't expect immediate results from the Missouri Western alumnus. His time to shine in the NFL will probably come after some grooming that the Raiders apparently weren't willing to do.

OLB Ty Powell - Of all the teams making cuts on Saturday, the eyes of the Jaguars were probably fixed most on those of the Seattle Seahawks. As the only other team in the NFL using the LEO position, the Seahawks were sure to let go of some players that could fit in the young Jacksonville defense.

Powell, a seventh-round pick in the 2013 NFL Draft, was one of those players. After a solid preseason, the athletic linebacker was simply at a position that was too strong in Seattle. In 82 preseason snaps, he managed to tally two sacks and a +2.5 grade from PFF.

S Winston Guy - Joining Powell as part of the possible Operation Seattle South movement, Guy is the type of large strong safety that the Jaguars and Seahawks need to successfully operate on defense. At 6'1, 218, Guy would instantly be one of the biggest, if not the biggest, safety on the roster.

While his presence likely wouldn't be enough to pry Chris Prosinski of a roster spot, he could provide a similar role on defense behind Johnathan Cyprien and play effectively in a box role.

WR Tavarres King - In need of a large receiver, most would peg Tandon Doss, David Nelson or Robert Meachem before King, but the 2013 fifth-round pick certainly doesn't have as many red flags. A star at the Senior Bowl, King caught just five passes for 64 yards in preseason and that wasn't enough to earn a spot on a roster that features a slew of veterans at the position.

Each of the five receivers remaining on the roster for the Broncos have at least four years of experience in the NFL, meaning it was a hard path for the young Georgia alumnus. At 6'0, 191 pounds, he's not the big guy that the Jaguars would ideally need, but he's a young talent that might be tough to pass up.

CB Sheldon Price - At 6'2, 180 pounds, Price certainly has the length that Gus Bradley likes to target in young cornerbacks. Unfortunately, Price looks like he has some growing to do after he was torched by the Bills in the first preseason game for the Colts.

While the rest of his preseason wasn't as bad, the rough game is probably the biggest reason for his release and showed that he might not be physically ready for the NFL yet. Still, his length and talent was enough to warrant a private workout from Bradley in the pre-Draft process and could be enough for a second look now. Ideally, the Jaguars could sign Price to the practice squad if he elects to come to the Jaguars instead of the Colts, assuming they offer him a spot.