Grade the Jacksonville Jaguars performance against the Oakland Raiders

The Jaguars lost to the Raiders on Sunday, 19-9. Let's grade how they did.

Share All sharing options for: Grade the Jacksonville Jaguars performance against the Oakland Raiders

The Jacksonville Jaguars didn't look much different in their Week 2 game against the Oakland Raiders, falling to 0-2 in a game that was never really as close as the final score would indicate. Although the offense drove on the Raiders late, that was more a product of desperation passes against a defense that pulled back the reigns. 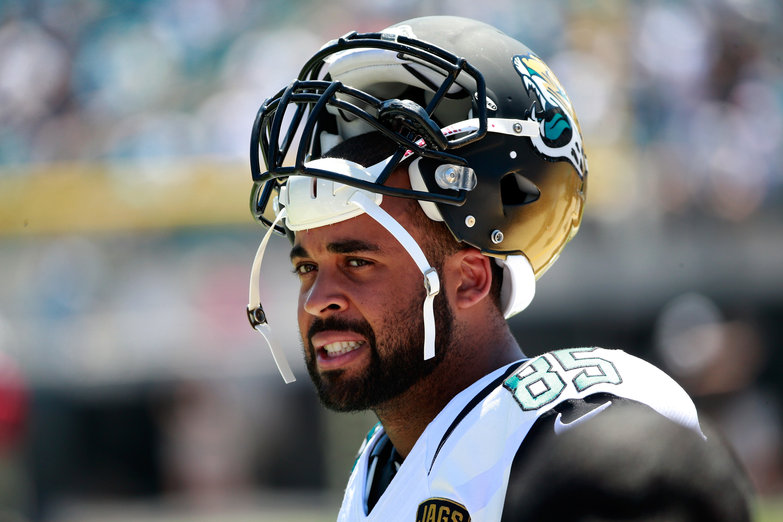 The Jaguars went down 28-2 against the Chiefs, see how they were graded in Week 1.

Were it not for a touchdown drive late in the game, the score very easily could have been an F for the Jaguars offense. Led by Chad Henne instead of Blaine Gabbert, the Jaguars had decent, sustained drives in the first half, but after running back Maurice Jones-Drew suffered an ankle injury, the team instantly went to neutral.

With Jones-Drew out, the Jaguars offense had five consecutive three-and-out possessions, with three finishing at fourth-and-10 or more.

The defense is closer to being a decent group than the offense is, at this point. Still very young at many positions, the Jaguars defense looked competent, at times, for the second week in a row, forcing four punts and holding the Raiders offense to five field goals, despite receiving good field position often.

That's not to say there weren't holes in the group. With a gameplan designed to hold Raiders quarterback Terrelle Pryor in check, they were gashed on several occasions by running back Darren McFadden who finished with 129 yards rushing on just 19 carries.

For another year, the pass rush is still the biggest issue for the Jaguars defense, but take solace in 2013 by watching Johnathan Cyprien. A young player that still makes plenty of mistakes, his talent is apparent and it'll increasingly shine through in every week.