Jaguars lose to the Raiders: 3 things we learned

The Jacksonville Jaguars fell the to Oakland Raiders on Sunday, 19-9, after a late touchdown by the Jaguars tightened up the score some. The Jaguars didn't look much different than they did in Week 1, but here are a few things we can take away.

Share All sharing options for: Jaguars lose to the Raiders: 3 things we learned

I don't fully understand why people want to virulently debate the differences between Blaine Gabbert and Chad Henne. For me, the debate boils down to this: Neither guy is good enough. Henne somehow finished Sunday's game with an 88.9 passer rating thanks to some garbage time stat accumulation. The reality though, was that he struggled to move the offense against a Raiders team that allowed over 25 points per game in 2012. Spare me the debate. He's bad, Gabbert's bad and the starting quarterback for the Jaguars in 2014 isn't on the roster right now. 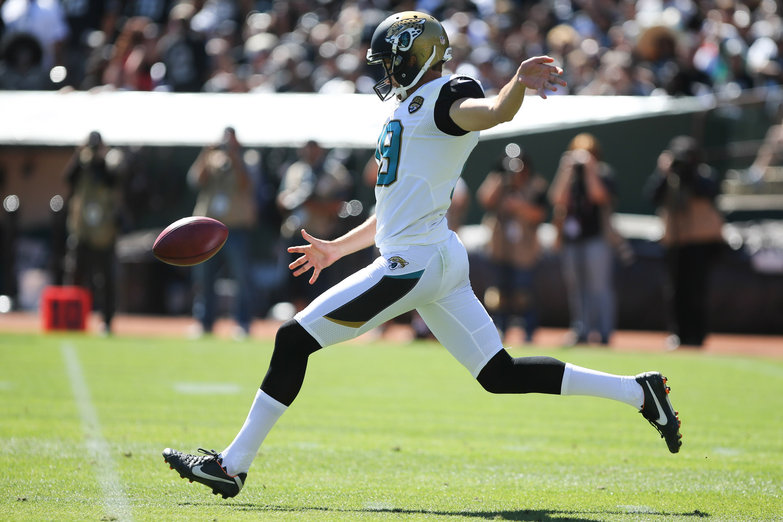 The Jaguars lost to the Raiders on Sunday, 19-9. Let's grade how they did.

Johnathan Cyprien is going to be good

Amidst plenty of negativity (and warranted negativity, at that), I'm always down for a little bit of positivity. The Jaguars' second-round pick in the 2013 NFL Draft is probably not going to the Pro Bowl and he's certainly a longshot to win Defensive Rookie of the Year, but the talent he has shown bodes well for his NFL future. He's still learning and he has growing to do, but he's good for at least a handful of plays in every game that make you raise your eyebrows. Against the Raiders he laid two straight big hits that drew praise from Spero Dedes and Steve Tasker of CBS.

Bryan Angers has to be better

The second-year punter has already had to punt 19 times in two games and ranks 10th in the NFL in yards per punt at 47.6. The problem is that he's consistently out-kicked his coverage and has a pedestrian 40.6 net punting average. Of Anger's 19 punts, 11 have been returned by the receiving team which will almost certainly end in disaster for the Jaguars if they keep up that pace. The solution is simple: Less distance, more hangtime. Perhaps being a third round pick has Anger being held to a higher standard, but why shouldn't it?