McGrady said the Jaguars should bring him in for a tryout, but MJD isn't convinced that would work out.

Two days after seven-time NBA All-Star Tracy McGrady tweeted that the Jacksonville Jaguars should bring him in for a tryout at quarterback or wide receiver, Jaguars running back Maurice Jones-Drew let the media know what he thought about the idea and also issued a challenge. 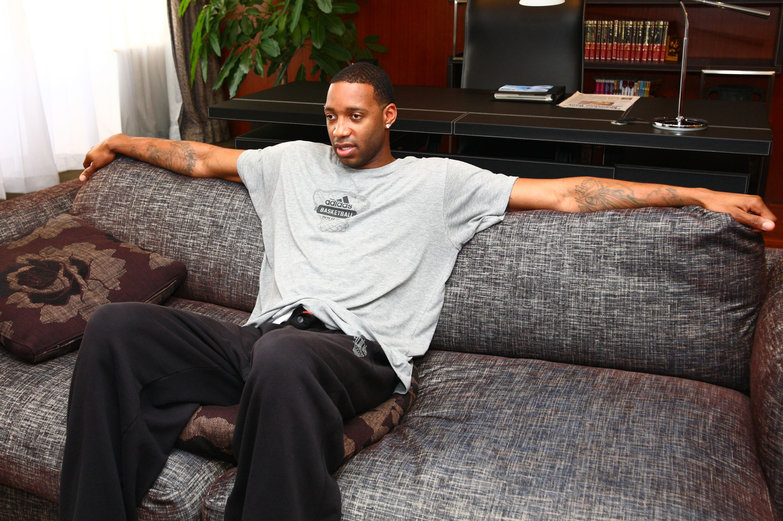 "You're more than welcome to sign a waiver and come out to a live practice," Jones-Drew said of McGrady's tweet. "We'll see how it works out for you, if it's that easy."

When a reporter joked that McGrady would last only five plays or so, Jones-Drew pumped the brakes some. "Hey you never know, he might be tougher than people think."

McGrady, 34, announced his retirement in August after 17 NBA seasons in which he spent most of his time with the Toronto Raptors, Orlando Magic and Houston Rockets. He ranks 57th all-time in the NBA in points scored and 60th all-time in 3-point field goals.