Jaguars vs. Seahawks 2013: 5 questions with the enemy

The Jacksonville Jaguars and Seattle Seahawks kick off on Sunday afternoon. To prepare for the game, we spoke with Danny Kelly at SB Nation's Seahawks blog, Field Gulls. Read on to see what he had to say.

Share All sharing options for: Jaguars vs. Seahawks 2013: 5 questions with the enemy

1. What was the general fan opinion of Gus Bradley during his time with the Seahawks and what was the reaction to his departure to Jacksonville? Was it similar for defensive line coach Todd Wash?

Seahawks fans, in general, really liked Gus Bradley. He's extremely charismatic and positive, and under his command at defensive coordinator, the Seahawks went from a near league-worst unit into an elite one. Obviously, John Schneider and Pete Carroll's savvy personnel acquisitions and Carroll's overall program had a huge part of this, but Gus seemed to really excel in his role as a teacher of the system. Players loved him.

Leadership for the long haul 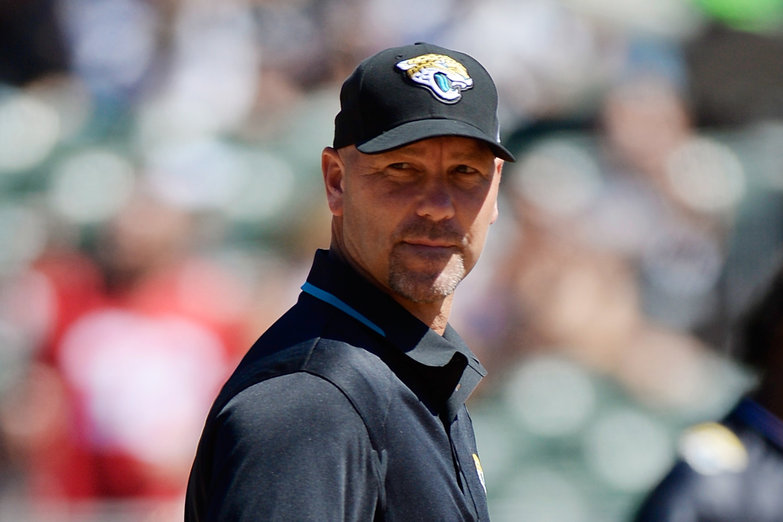 Spending nearly a decade around some of the greatest leaders in our country has given me a pretty decent eye for leadership. Marines are trained from the beginning that they are formed, molded, shaped into small unit leaders.

If there were complaints, it was that he was a bit too vanilla and conservative in 2012, not blitzing much at all and keeping things pretty basic in the pass rush (pretty much only rushing Chris Clemons in base and then Bruce Irvin would join the party in nickel). This led to major issues on third downs, particularly third and long. I can't even remember how many third-and-long situations opponents converted last year. I try not to think about it.

Still, holding opponents to a league low number of points is a damn good thing to have on your resume so overall people couldn't complain too much.

I think the consensus was that people were bummed to see Gus go, but have really liked Dan Quinn in his place. As for Todd Wash, I don't think most fans really knew much about him. He was "Gus' guy" and overall, the defensive line was solid while he was here. But, Wash didn't do a ton of media so fans were more or less indifferent to his departure (or that's my feel for it, anyway). I got the impression that players really loved Wash though - and that he is a top-notch coach.

2. While I'm definitely not going to say I agree with it, Pro Football Focus has the Jaguars graded as the team with the 31st ranked offense and the Seahawks at 32nd. What's been the problem for the Seahawks offense through the first two games?

The offense has had some issues with starting slowly over their first two games, and Russell Wilson hasn't really settled into the groove we know he can get into until the second half of games. Mostly, people aren't overly worried with the state of the offense at this point, but with a few more sub-par games on that side of the ball, I could see some concern growing.

I'd say the major problem though has been some sloppy play on the offensive line and untimely, frustrating penalties. Seattle's offense is methodical and with the amount of running they like to do, they'll find themselves in a ton of third down situations. Unfortunately for the Hawks, they've also found themselves in a ton of third-and-longs in the early part of the season, in a large part due to sacks taken and penalties incurred. I think things will get more on track, and generally speaking, if you talk to players, the offense always take a lot longer to get in sync than the defense does.

I think the Seahawks' first two opponents have schemed well for Russell too, dropping their linebackers deep and using cover-2 shells to force him to dump off or run. Both Carolina and San Francisco have elite defensive lines, so Wilson's pocket hasn't been strong for the most part, which has forced him to improvise a lot. This isn't really new, per se, but thus far, it's just looked sloppy. I'm hoping Seattle can run more consistently this week, which should ease Wilson's reads and create lanes on play-action. That's Seattle's strength.

Keep up with our Jaguars coverage

3. The Seattle defense is already the best in the NFL in points and yards allowed, so are Chris Clemons, Bruce Irvin and Brandon Browner really necessary cogs, and will this defense be even scarier with them?

I don't think Clemons, Irvin, and Browner are 'necessary' cogs, at this point, to be honest. Which is crazy.

Seattle famously has great depth, and with added players at defensive end/outside linebacker this past season, Clemons and Irvin are just huge bonuses once they return. Cliff Avirl looked great in his first start, and O'Brien Schofield has looked nice rushing the passer. Further, role players like Malcolm Smith and Mike Morgan have shown they can fill in nicely when Seattle's 'star' players sit.

At cornerback, Walter Thurmond is finally healthy and able to fill in, and he's been playing at a 'starter' level on both the outside and in the slot. Overall, this defense has the depth to weather these types of losses, particularly at corner (I mean, Will Blackmon was an afterthought here and instead of being released, Antoine Winfield retired). The Hawks displayed their depth last year when Browner was suspended and Thurmond went to IR, and they're showing it again this year.

I will say, though, that when Irvin and Clemons come back, there are going to be some really cool things Dan Quinn can do with their rush packages. Browner adds an element of physicality on the outside that is fun to watch. He straight bullies people.

4. Is there any concern that this Seahawks team is one that might not show up for an easy game against a team like the Jaguars and fall into "trap games" after huge wins like the one against San Francisco?

I am concerned about the game, yes, within reason. I still think - this is the NFL, and these are professionals, so you can't just expect to just show up and win. The Hawks outmatch the Jags on paper, but I remember over the past couple of years several games the previously-less-talented Seahawks won where they were heavy underdogs. It just takes a big play here or there and momentum can swing and take the crowd out of the game. I think the Jags have a better defense than most people give them credit for, too. That always helps on the road. Gus Bradley, in my opinion, has the persona to get his guys fired up even when they're heavy underdogs.

I do think that because the Seahawks' offense has had some issues getting in sync that they'll be fired up to show people what they can do. If the offense had been performing flawlessly in the first couple weeks, I think I might be even more concerned about them coming out with a 'flat game', but because they haven't been up to par thus far, I can see them playing mad. They have yet to show what they can do, and I'm still waiting for this, because I know how good they CAN be (the offense returned pretty much everyone). Seattle as a team averaged 31.6 points per game over the final 9 regular season games and 2 playoff games (some defensive scoring), so they can put points on the board. Even at the expense of Jacksonville and Seahawks fan-favorite Gus Bradley, I'm really hoping the outburst comes this week.

5. How often do you lament missing out on the opportunity to draft Bryan Anger and instead having to settle for Russell Wilson?