Jaguars vs. Seahawks: Good, bad and the WTF

The Jaguars got blitzed by the Seahawks on the road, and here's the good, the bad and the WTF.

Share All sharing options for: Jaguars vs. Seahawks: Good, bad and the WTF

The Jacksonville Jaguars were throttle by the Seattle Seahawks on Sunday, to the surprise of no one. At least, it shouldn't have been a big surprise to anyone who's paid attention to the Jaguars heading up to the game. While it was bad for the most part, there were some things to look at in a positive fashion. 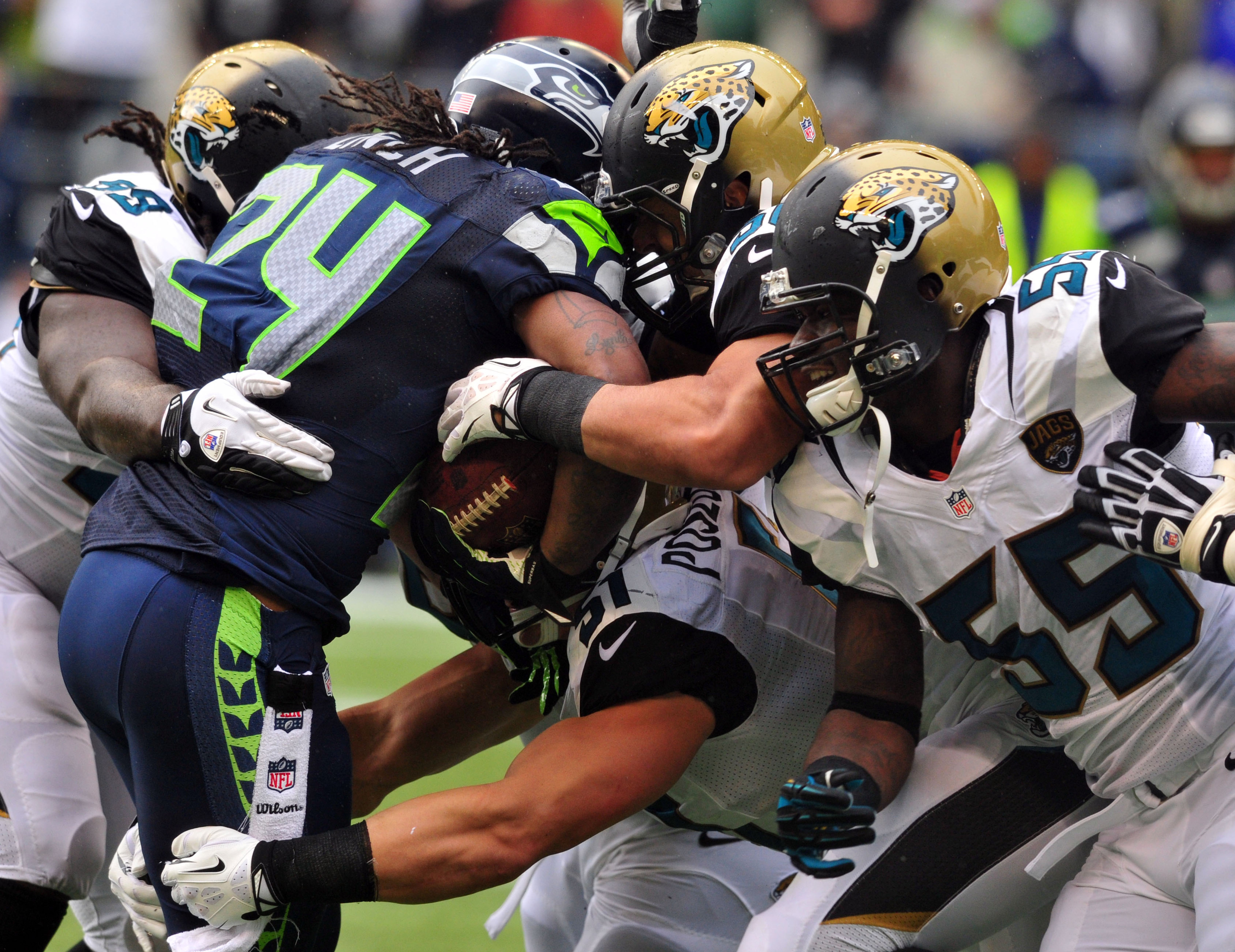 The Jaguars scored more on the Seahawks than the 49ers could in Week 2. That is all.

Overall the Jaguars defense once again played well, despite the box score. The interior defensive line had a good jump off the snap and was able to disrupt Russell Wilson early. The Jaguars bottled up the Seahawks running game on quite a few plays and most of the big runs given up were due to missed tackles. Rookie safety Jonathan Cyprien, while he missed some tackles, once again flash big play potential with a strip sack and laid some more big shots on receivers.

The Jaguars offense continues to struggle because of two parts. The first part is the fact that neither quarterback on the roster is any good. Until the game was well out of hand and the Seahawks began subbing out some first team players, Chad Henne was woefully unproductive. But, as Henne is wont to do, he piled on the garbage time yardage by locking on to Cecil Shorts III and throwing up 50/50 balls. He also continued his knack to check down and miss some receivers down the field, which I'll detail later in the week with some coaches film when it's available.

But then again, the second part has a lot to do with the first part, which leads me to...

Rackley in particular was downright awful on several occasions. At one point while trying to pull on a run to the right, Rackley stumbled and fell down immediately, then when he tried to get up was bowled over again by another Jaguars player. I would venture to guess that it won't be long before Rackley is benched.