The Jaguars were blown out against the Seahawks, but it wasn't because of lack of effort. Johnathan Cyprien's strip sack of Russell Wilson is a good example.

Share All sharing options for: Jaguars Film Room: Anatomy of a hustle play

The Jacksonville Jaguars look awful once again against the Seattle Seahawks in defeat, but one thing that I noticed from the Jaguars, especially on the defense, was that they didn't give up even when the game was well in hand. Head coach Gus Bradley has preached competition and competitiveness throughout, leading up to the season, and the early returns are there.

Especially from the young players.

For instance, second-round pick Johnathan Cyprien had a sack and fumble, his second forced fumble in as many games. What was impressive about the play however wasn't that he came off the edge and sacked the quarterback, it wasn't that easy. Cyprien had to take the long road around, because of how the play unfolded. It wasn't a come free of the edge sack, it was a hustle play. 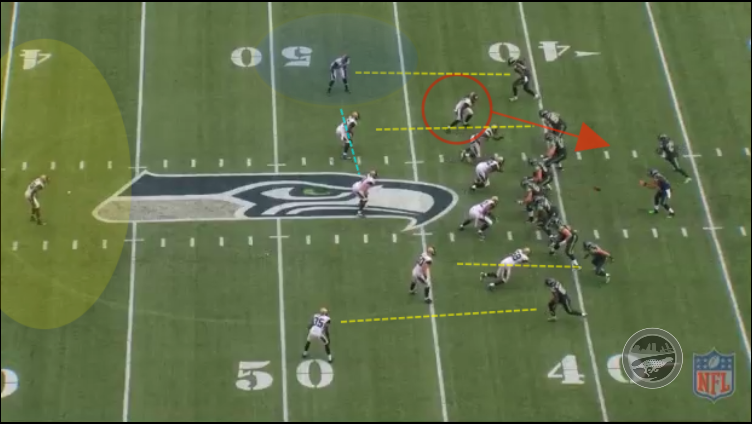 As you can see by the play diagram, it's a basic safety blitz, with the Jaguars playing predominantly man coverage and a single deep safety. Cyprien walks up into the box and rushes off the snap of the ball.

Initially Marshawn Lynch is coming up to block Cyprien, but Cyprien doesn't let Lynch get his hands on him and peels wide while Jason Babin beats Pat McQuistan off the snap. With Babin coming off the edge, it forces Russell Wilson to step up in the pocket. 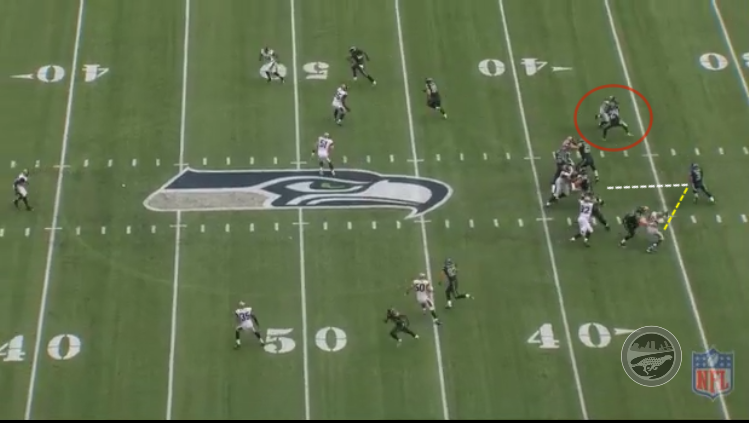 Wilson steps up in the pocket and then bails to his left because no one is open and he's trying to stress the defense to play him and free up a receiver because everyone is covered up by the Jaguars secondary. As you can see below however, Cyprien has come around Lynch and the rest of the trash in the pocket, turns the corner, and sets his sights on Wilson. 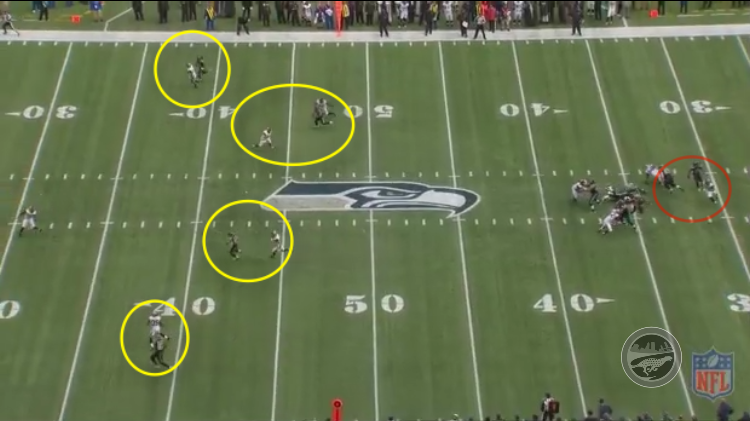 With Wilson's eyes down the field, as they should be, he isn't aware that Lynch missed his blitz pickup on Cyprien. Even so, he's not going to expect a defender coming from the backside, looping around that far. He knows that Brandon Deaderick is there, but he has the angle on him and he's just becoming disengaged from the tackle. That leads to Cyprien's ability to come in and chop the ball out of Wilson's hand for the turnover. 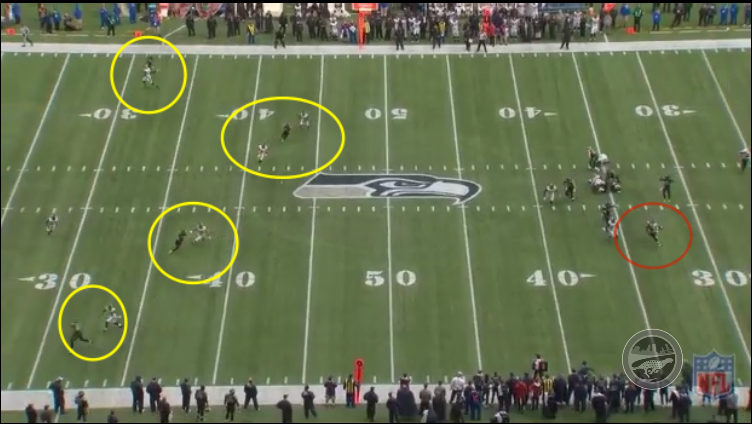 And here is the play in sequence:

As you can see, it's not just because Cyprien screamed off the edge right to the quarterback, but it was because he beat his blocker, worked his way through the rest, and hustled to continue getting to the quarterback.