Maurice Jones-Drew: 'There's always a chance' of return to Jaguars

Jones-Drew isn't ruling out a return to the Jaguars, but he doesn't sound convinced that it'll happen.

Share All sharing options for: Maurice Jones-Drew: 'There's always a chance' of return to Jaguars

The closer free agency comes, the more apparent it seems that Maurice Jones-Drew's time with the Jacksonville Jaguars is through. On Wednesday, he told Terrell Davis in an interview on NFL Network that there's a chance he could return to the team, but the answer was less than convincing. 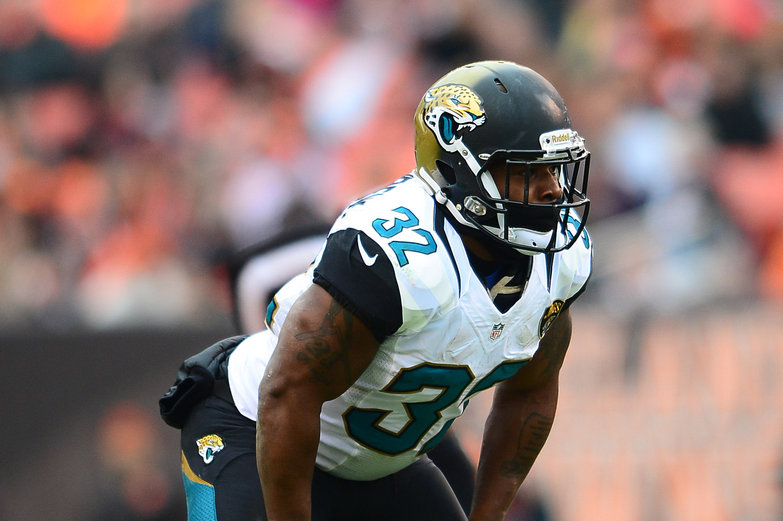 The Jacksonville Jaguars have a number of impending free agents in 2014, but there aren't a lot of big names among them.

"There's always a chance," Jones-Drew said about a potential return. "We haven't really talked up to this point yet. They want to let me go out and test the market a little bit, which I appreciate. We'll just go from there."

"It's a business at the end of the day. The Jaguars have to do what's best for that organization and I understand if they don't want to bring me back. If they feel there's someone better out there, that's their opinion."

He's right, there's always the chance that the market could be dry enough to warrant a return, but those certainly seem like the comments of a person who has essentially resigned himself to the fact that his time with the Jaguars is done.

It was a disappointing season for Jones-Drew in 2013, as the three-time Pro Bowl running back averaged a career-worst 3.4 yards per carry after averaging 4.6 in the seven seasons prior with no fewer than 4.2 in any given season. He battled through injuries at times, and was one season removed from a foot injury that cut his 2012 season short and eventually required surgery to repair.

On Wednesday, Jones-Drew said that he has cut some weight and feels like he's now at 100 percent. On the free agency market, he'll likely battle Chris Johnson and Knowshon Moreno, among others, for the largest deal, although it wouldn't be surprising if teams were hesitant to give large contracts to any of the available running backs.