Jaguars vs. Steelers: What was Jacksonville's win probability on Sunday?

Throughout the course of the game, the Jaguars never had more than a 41% chance of winning against the Steelers.

Share All sharing options for: Jaguars vs. Steelers: What was Jacksonville's win probability on Sunday?

The Jacksonville Jaguars hosted the Pittsburgh Steelers yesterday and according to science and mathematics never really stood much of a chance. 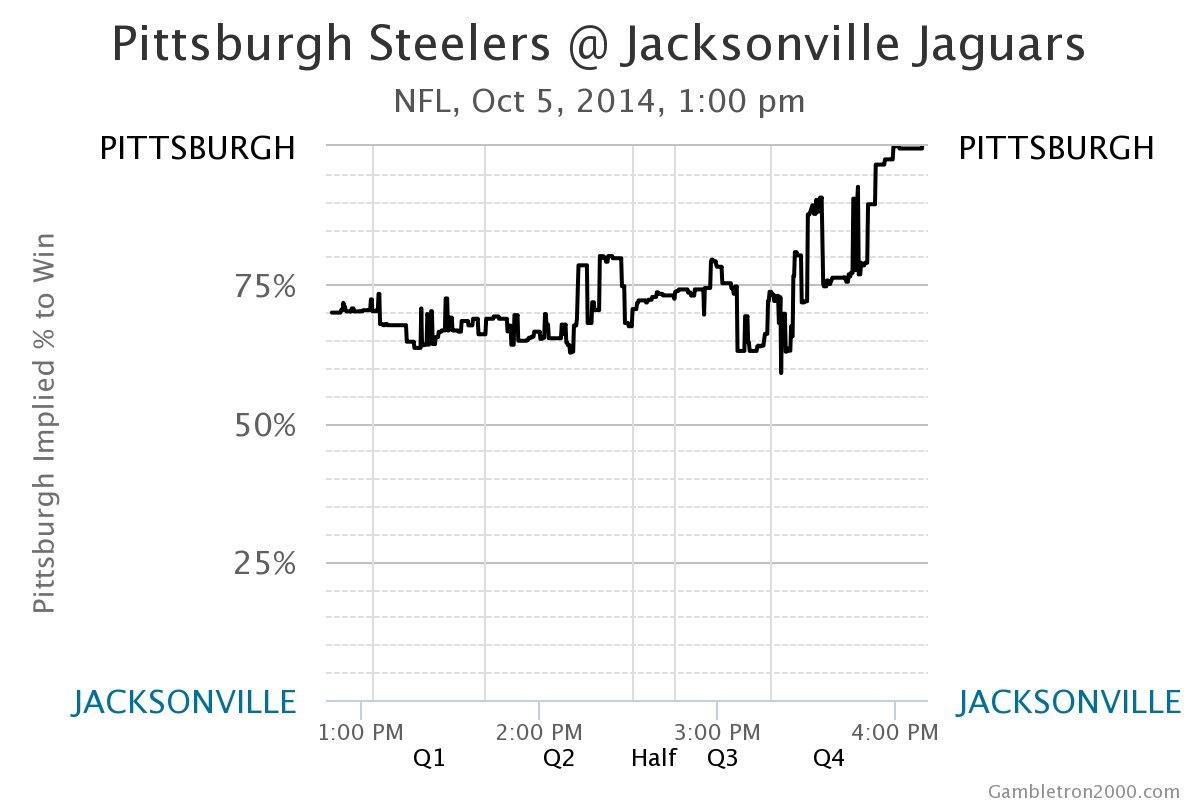 According to the fine folks at Gambletron, the Jaguars were as good as 41% favorites to win as late as the fourth quarter, when Abry Jones stripped Ben Roethlisberger and Andre Branch recovered.

Having a 41% chance of winning at the beginning of the fourth quarter is the most competitive the team has been all year, but it didn't stay that way for long.

The graph makes a dramatic shift towards the Steelers right after Brice McCain's pick-six interception of Blake Bortles, going from 59% in Pittsburgh's favor to 76% in less than a minute of game time.

From that interception on, it slowly progressed upwards for the Steelers until time expired.