Jacksonville Jaguars offensive coordinator Jedd Fisch has been fired, the team announced on Tuesday. It's a bit of a surprise move to some degree, but it's tough to deny that the offense in 2014 has been not only terrible, but regressed. Often criticized by fans, the Jaguars offense continuously seemed to stall out as the season went on. I hinted at this move in early December as their was rumblings that the team could make a change at the end of the season.

Don't be shocked if the Jaguars have a whole new offensive staff next year.

Fisch had a tough job in 2014, dealing with a young offensive line and a lot of young players at the skill position and a rookie quarterback, but the offense regressed as the season went on as mentioned. The Jaguars failed to pass for over 200 yards in over half of their games in 2014 and struggled to run the football, without the help of Blake Bortles legs. 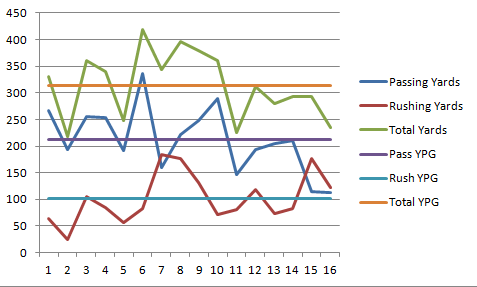 Whoever the Jaguars now target going forward needs to have experience with a young quarterback and also a quarterback who can make plays with his feet. Just necessarily someone who's going to come in and run a lot of read option, but someone who can use a mobile quarterback in the same effect that someone like Aaron Rodgers or Russell Wilson play the position.