NFL analyst Greg Cosell joined a Houston radio station and gave his thoughts on the top three quarterbacks in the NFL Draft, including comparing Teddy Bridgewater to Russell Wilson.

The Jacksonville Jaguars will be one of a handful of teams considering drafting a quarterback in the first round of the 2014 NFL Draft. While there is no consensus No. 1 quarterback in this class, there are three quarterbacks most analysts and fans consider the Top 3.

Finding a QB outside of Round 1

Each year legions of fans yell "wait!" on drafting a quarterback in the first round, but how hard is it to find one? It's apparently very difficult to do so.

Finding a QB outside of Round 1

The Houston Texans are also one of the teams who could be picking one of those three players with the No. 1 overall pick, which led to NFL analyst Greg Cosell to make an appearance on SportsTalk 790 in Houston with Lance Zierlein and Adam Clanton to discuss quarterbacks. Cosell had some interesting takes on the lot.

One of Cosell's opening takes on quarterbacks was about how they're always bumped up the board, simply because of their position. They don't have to necessarily be the best player on the board to go in the Top 5.

"There's no quarterback in this draft to me, you would say he's a number one pick in this draft," Cosell told 790. "That doesn't mean it's not gonna happen. We know that. I can tell you for a fact there were teams over the years who had a quarterback rated in the second round, they took him in the top five because he was a quarterback."

This isn't a revelation, but it's more to the point of how the position is pushed up the board because of how important it is to even have a decent quarterback.

Cosell also ended his interview with a very salient point, which speaks to the "There is no Andrew Luck," crowd of people looking at the quarterbacks, in that no one comes to the NFL a finished product.

"I think a lot of people think that players come into the NFL as finished products, and this is what they are," Cosell said on SportsTalk 790. "That's not the case at all. We're just evaluating the guy now, and then you have to decide as an organization what his upside is. You know, can his arm get stronger maybe with better technique, can he learn more? All these things factor in." 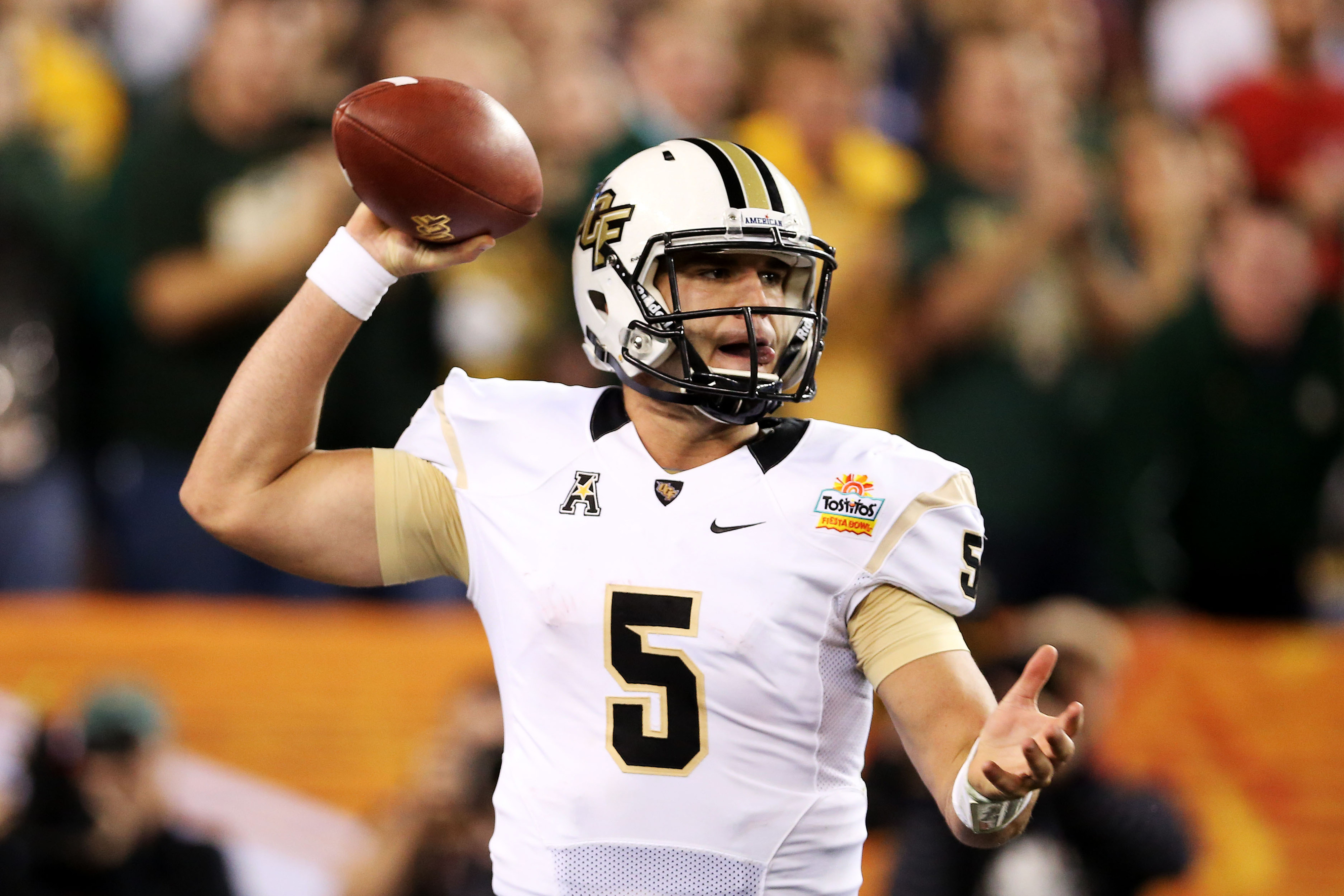 On Bortles, the more I watched the more I thought there were some positives. He's not a great thrower. You don't come away thinking 'Wow, he's a terrific thrower.' I would say he doesn't really drive the ball. He's got a little bit of a quirky delivery, which means that he's got a tendency to push the ball as opposed to really drive it.

I think he's for the most part a pocket passer, but he's certainly got the ability to execute boot action and extend plays outside of structure, he can do that. He showed some timing, some anticipation. I think he needs a lot of work on his footwork in the pocket, he has a tendency to throw with poor balance.

Cosell's take on Bortles meshes a bit with my thoughts on him when I watched all his games to write up my profile. I gave Bortles a second-round grade, but if he truly measures in at around 6'4" and 240 pounds at the NFL combine like some expect, it wouldn't be a shock to see him as the No. 1 overall pick.

I think that his throwing skill set and his movement will remind some of Russell Wilson. I think he throws the ball very well. I think he's got a very good feel. He's a guy who understands windows, understands timing, understands anticipation. He was asked to make decisions before the snap of the ball at the line of scrimmage and I thought that he did that extremely well.

You would say he's got the arm strength to make all the necessary throws, but he doesn't have a gun. He's not an extreme talent where you go 'Wow, look at this kid throw the football.' But I think overall he's got very light feet, he sets up quickly. His delivery's compact, there's not a lot of moving parts, which is always good. He showed pocket movement. I think for the most part he was a very efficient player.

The first sentence Cosell uttered is likely going to cause some overreaction, but I actually very much agree with his take on Bridgewater. I've tweeted a few times he reminds me of a taller Russell Wilson in that he's efficient and good at everything, but doesn't have any one "elite" factor. When I did my profile on Bridgewater I gave him a first round grade and that's probably where he'll go. 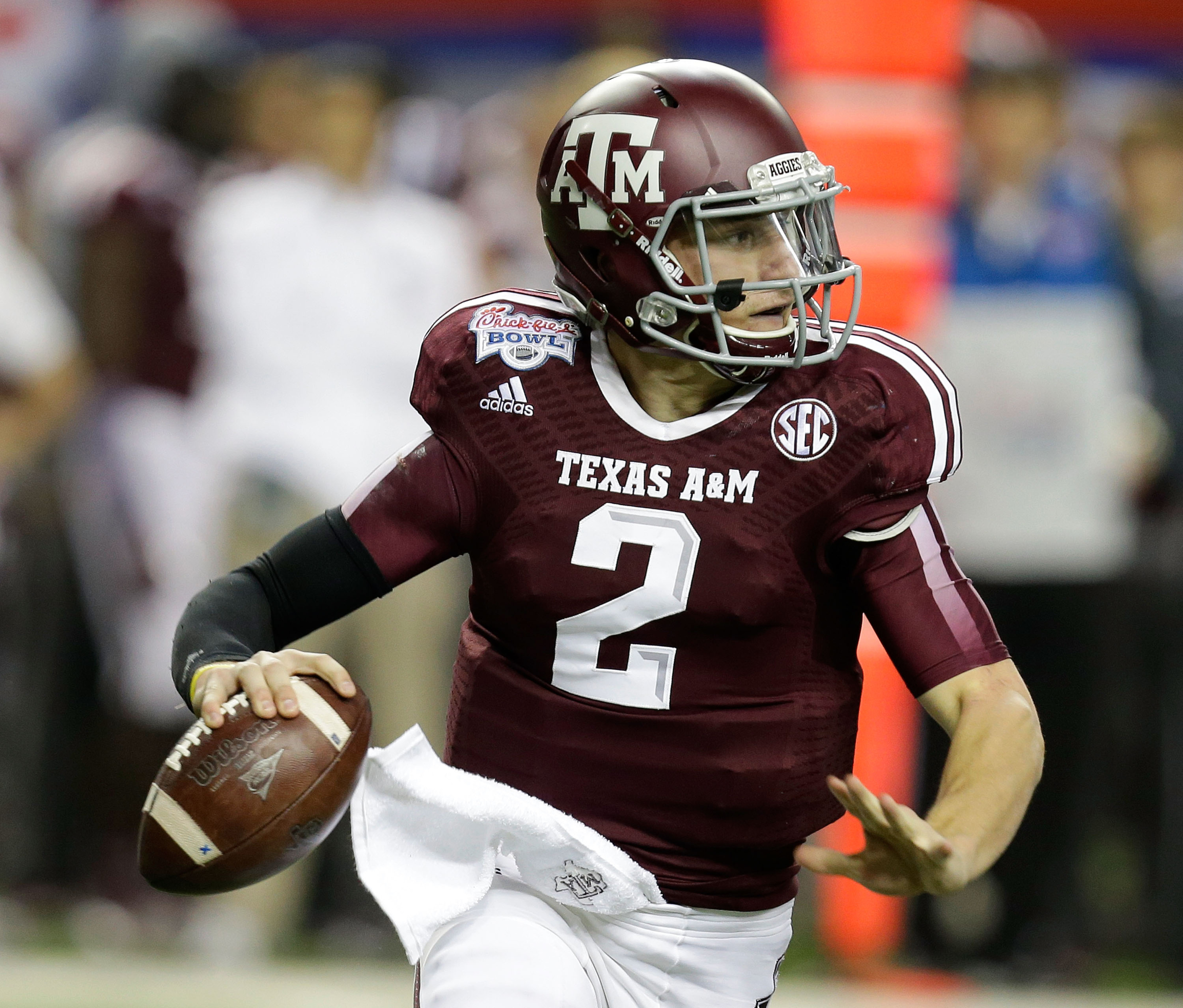 A see it, throw it passer. He's not an anticipation thrower. He's not a patient pocket player. If he doesn't see it right away, he'll be gone, he'll leave the pocket. That's what he does up to this point, that's all we have to judge. Then you have to decide if the random improvisational play, which obviously he's unbelievably phenomenal at, you have to decide how many of those he can make in the NFL. Can you live on those plays in the NFL? These are what evaluators have to determine. You also have to look at his overall play.

There's a wide variation in his play. And I think the consistency issue will always be concerning for any evaluator. And then you have to decide, even when he plays well, how is he playing well? Does that translate to the league? There's no question he makes throws from the pocket. I went through all of his 15-plus-yard completions and the large majority came from the pocket, contrary to what people might think. I view that as a positive. Then you have to break those down in detail and see what kind of throws they were and he's not an anticipation thrower. And you know in college, guys tend to be wide open.

Cosell also noted that in Manziel's games against LSU and Missouri he looked nearly undraftable because of his decisions and his performance. The view on Manziel with NFL GMs will likely be all over the place, as it is with draft experts, but Hank Jones thought Manziel was worth a first round pick based on his ability passing the football from the pocket and his outside the pocket game is an added bonus, if he can keep it under control at the next level.

You can listen to the full segment below: