Clemson wide receiver Sammy Watkins has become a popular suggestion for the Jaguars with the No. 3 overall pick, but are the Jaguars going to pull the trigger on another receiver in the Top 10 with potential issues off the field?

Share All sharing options for: NFL Draft 2014: Should the Jaguars consider Sammy Watkins?

Full disclosure: If the Jacksonville Jaguars pick Clemson wide receiver Sammy Watkins with the No. 3 overall pick, I don't really have a problem with it whatsoever. Watkins is an explosive playmaker who can score anytime he has the football in his hands. This is more why I don't think he will be on the card in May when it's turned in.

What the Jacksonville Jaguars are going to do with the No. 3 overall pick is very dependent on who is picked with the first two picks in the 2014 NFL Draft. One scenario is that the Houston Texans take quarterback Teddy Bridgewater No. 1 overall, followed by the St. Louis Rams or someone else picking defensive end Jadeveon Clowney. So, you're left guessing with who the Jaguars will pick. 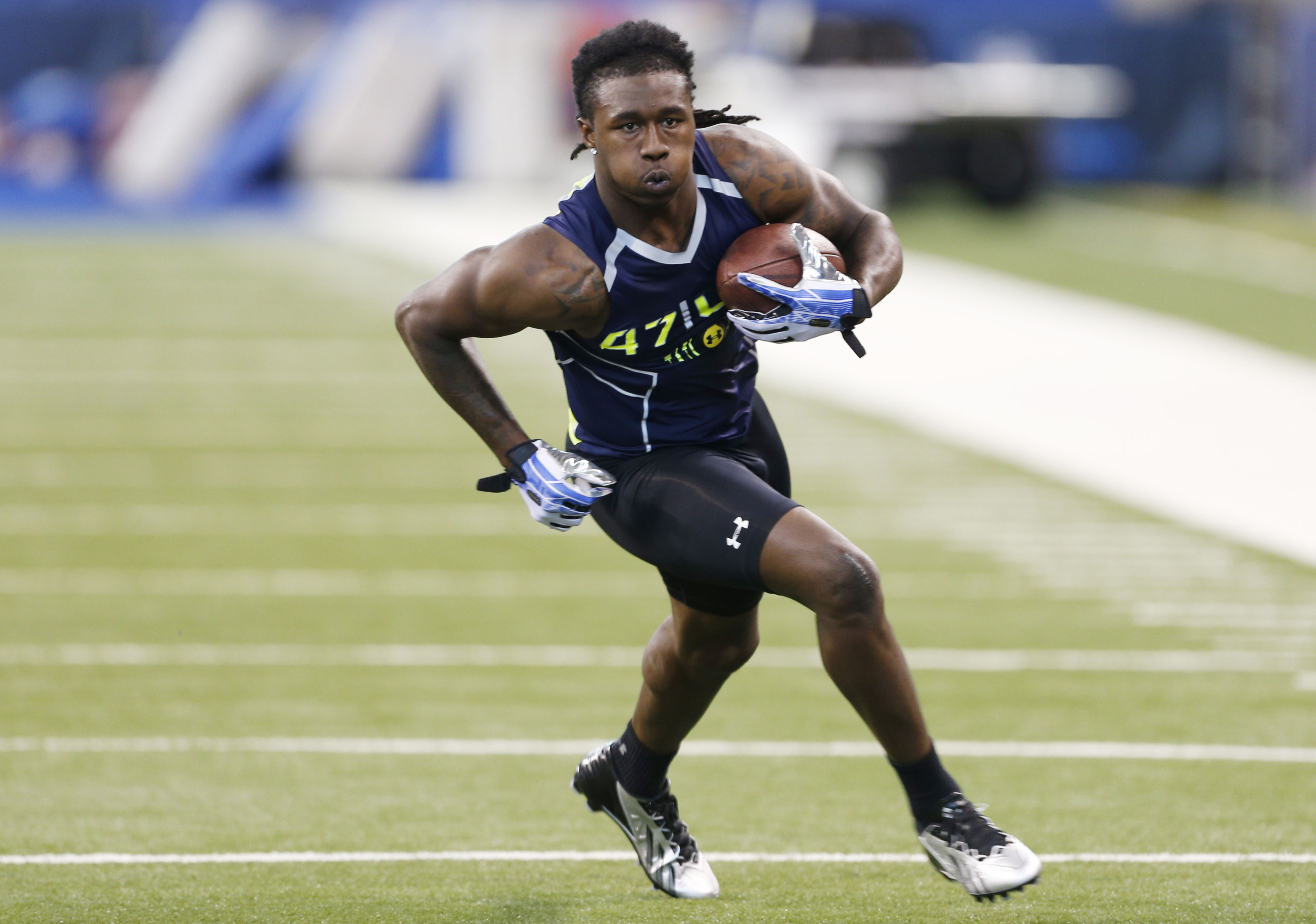 One popular answer is Clemson wide receiver Sammy Watkins, which makes a lot of sense. The Jaguars lack explosive playmakers on the offensive side of the ball, especially with the uncertainty around the futures of both wide receiver Justin Blackmon and running back Maurice Jones-Drew. The Jaguars definitely have a need at the receiver position because Cecil Shorts III, while productive, isn't a true No. 1 wide receiver. Ace Sanders is best utilized out of the backfield and in the slot and Mike Brown is a decent rotational option. As we saw without Blackmon however, the group as a whole struggled to produce with only one viable threat in Shorts.

Watkins would certainly alleviate some of that, even as a rookie, but using the No. 3 overall pick on him may not be the best course of action, even in the above scenario. The situation around Justin Blackmon is fresh in the minds of Dave Caldwell, Shad Khan and staff. He's been suspended twice in a short-span for off the field issues. Not to say you could predict Blackmon's course of action as a pro from what happened in college, but he did have an alcohol related incident and arrest, both in school and shortly after the NFL Draft.

I'm hesitant to say Sammy Watkins has off the field issues, because I don't know. None of us really do, but Watkins was arrested for marijuana possession back in 2012 and suspended for two games.

Watkins was pulled over during a traffic stop May 4 and found to have marijuana and two pills he didn't have a prescription for. He was charged with two counts of possession, both misdemeanor charges. The 19-year-old Watkins was eligible for a pretrial intervention program as a first time offender.

To my knowledge and searching the Internet, Watkins hasn't been in trouble since that incident. That incident alone isn't reason to pass on Watkins, as I've said in the past I have no big issues with an arrest in college if it's not a pattern. I don't expect professional athletes to be choir boys and I'm sure Dave Caldwell doesn't, either.

You do have to consider however, how much something like a marijuana arrest sticks in Caldwell's mind given the Blackmon situation. They just got burned, twice in one season, by a Top 10 wide receiver who couldn't keep himself on the field. How much does Watkins being suspended for marijuana, which is banned in the NFL (despite feelings on it's legality, it's banned in the NFL), factor into the equation when considering making him the No. 3 overall pick in the draft?

Depth of the Draft Class

Beyond that element of the equation, you also have to consider the overall depth of the wide receiver class as a whole. There are 19 underclassman wide receivers who have declared for the 2014 NFL Draft, meaning there will be no dearth of talent available in the mid-rounds, where the Jaguars have a total of six picks. Is it better use of the pick to take Watkins at No. 3 overall, or wait and take some of those players pushed down the board because of a record number of underclassman in the draft.

While there is a clear gap between Sammy Watkins and the players likely available in rounds two through five, there is also that much of a gap at positions such as quarterback and pass rusher. On the other hand, unlike quarterback and pass rusher, there is a massive amount of wide receiver talent in the draft this year, so it means good players will be pushed down the board just because there are so many of them.

Point being again, there is going to be a lot of talent available in the mid-rounds, so I would focus my selection on a premium position, of which I do not consider wide receiver.

History isn't necessarily a predictor of draft success, but it can give you an idea of how things have played out and if any patterns have emerged. Since the Jaguars have a Top 10 pick in the 2014 Draft, I went and looked back at wide receivers drafted in the Top 10 from 1993 to 2011. I cut off at 2011 because that would have given the players drafted in 2011 at least three seasons in the NFL and a proper amount of time to judge their status.

Below is the list of receivers, sorted by games started. Of this list, I counted nine players worth the draft selection:

This also stems back to just a personal philosophy of what I think is worth taking in the Top 10, let alone Top 3 in the NFL Draft. There are a handful of position I would not touch in the Top 10, because I feel the Top 10 should be where you try to find that elite talent at a premium position. That means I look for a pass rusher (can be a linebacker if and only if they are primarily used as a pass rusher), a quarterback or a cornerback (though they need to be elite level prospect). Those are what I would call "premium" positions.

I'm torn on the safety position, because I believe it's trending to the premium side in the modern NFL.

Justin Blackmon does not exist

For all intents and purposes, Jacksonville Jaguars fans and the organization should pretend that Justin Blackmon does not exist.

Justin Blackmon does not exist

This means I would not take a wide receiver, a running back, an offensive lineman (any position), a non-pass rushing linebacker or a defensive tackle. Obviously there are always exceptions when you have the rare talent like a Calvin Johnson, Adrian Peterson or Gerald McCoy.

As I mentioned previously, I do think Watkins ends up a good wide receiver in the NFL, but I think with as many issues on the team's roster they're best served finding a mid-tier free agency receiver or actually picking up one or two in the mid-rounds of this year's draft while trying to grab either a player they think can be a franchise quarterback or one of the upper echelon pass rushers.

Adding Watkins to the Jaguars isn't going to help the offense all that much, especially if the quarterback is still Chad Henne, Blaine Gabbert, or whoever is left over in the second round throwing the football. Yes, the draft is for the future and not the now, but the logic in drafting Watkins seems to revolve around the latter more than the former.