The addition of DeMarcus Ware, Julius Peppers and other top pass rushers to the free agency class could push talent down to the Jaguars.

There are still two weeks before the beginning of free agency and that means that many teams will manage to negotiate new contracts with players set to hit the open market or slap them with the franchise tag before March 3. That will thin out the class of free agents some, but could also be negated by a wave of cap casualties.

Cap casualties are players that are released, typically around this time of the year, to provide room under the salary cap. When a contract doesn't match the production a player has provided, or even just approaches a number that's too high regardless of production, many teams will part ways with solid players to clear space. 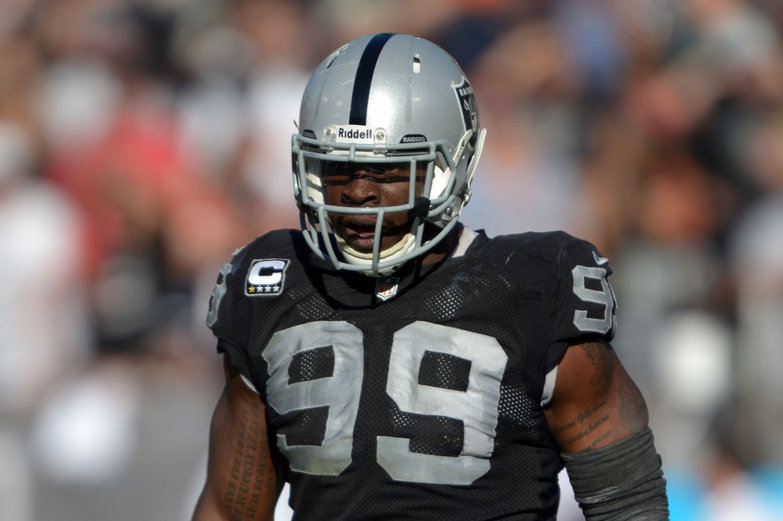 There are some intriguing free agents on the market in the 2014 offseason, so which ones fit the Jaguars?

The class of pass rushers, particularly, could receive an influx of talent via cap casualties to add to a pool that might already be the best of the positions set to hit free agency. Here are just a few pass rushers that could be released soon and become a late addition to the 2014 free agency class:

The Cowboys are in bad shape when it comes to the salary cap and will have to part ways with some big contracts. While releasing the seven-time Pro Bowler will saddle the team with more than $8.5 million in dead money, it would also represent more than $7.4 million in savings and about $12 million in 2015 and 2016. The only feasible way the Cowboys could keep Ware is by asking him to take a pay cut, which apparently hasn't even been discussed.

Ware, 31, is older than the free agents a young franchise like the Jaguars who are still in the middle of a rebuild would likely want to target. Still, he racked up 103 sacks in a seven year span before he was moved to defensive end in 2013 and will still be an intriguing talent on the market. Just by being on the market, he'll presumably help to push down some of the younger talent to the Jaguars.

Peppers managed to stick with the Bears for another year by restructuring his salary in September 2013 to save the team $3 million of cap room. But that just pushed back the money to the 2014 and 2015 seasons of the six-year, $91.5 million deal he signed in 2010. Now he's in the "as good as gone" category to Andrew Cohen of OverTheCap, as the Bears have the chance to save about $10 million this year and $17.5 million in 2015 by parting ways.

Two and a half years older than Ware, Peppers is also a highly unlikely target for the Jaguars, especially considering the pedestrian year he had in 2013. But similar to Ware, Peppers will still draw the attention of a team looking for a defensive end that can step in and start right away and play at a high level, diluting the market just a bit more at the top.

The Super Bowl champions have a lot of important players on their roster to pay and Clemons is sitting on $7.5 million of potential cap room that they could spend elsewhere. An important player to the defense from 2010-12, he wasn't nearly as effective as the two free agent signings, Michael Bennett and Cliff Avril, in 2013. Couple that with his cap number, and Clemons could be on the outs.

Similar to Ware and Peppers, Clemons is on the wrong side of 30 and saw his numbers drop off in 2013. However, there has been a pipeline of sorts between Seattle and Jacksonville, and there's no question that Clemons can fit well in the LEO role considering he's essentially version 1.0 at the position.

Ed Bouchette of the Pittsburgh Gazette thinks Woodley is gone, Jason La Canfora of CBS Sports thinks he'll stick around for another year. Believe it or not, I'm inclined to agree with La Canfora on this one, as Woodley's cap hit of over $13 million would be nice to get rid of, but would also result in more than $14 million in dead space. While it would clear $5.5 million in 2015 and $9 million in 2016, it wouldn't help much in 2014 and could be a bad loss if coupled with the departure of Jason Worilds.

Still, Woodley is a possibility to be cut and if he was, he'd add to an already strong pass rusher class. He has never played defensive end before, but the Jaguars could likely find a fit in their defense for Woodley, although a pure 3-4 team would probably be more willing to pay the former Pro Bowler.

The Eagles have been dishing out contracts lately, which could force the team to make some cuts to counteract that influx of money. Only $1.8 million in savings would come with the release of Cole, but more than $8.4 million in 2015, $11 million in 2016 and $14 million in 2017. Those future numbers are also what Eagles general manager Howie Roseman apparently cares more about at this point.

While it's unlikely that Cole ends up getting cut, he would add another undersized and versatile talent to the market. Cole, 31, managed only 11 sacks over the last two seasons but is still a top pass rushing talent who can get to the quarterback with his hand on the ground or standing up.