New Jaguars defensive line has something to prove

The Jaguars defensive line will feature experienced and inexperienced players, proven and unproven players, but all have something to prove.

Share All sharing options for: New Jaguars defensive line has something to prove

At the beginning of March, the oldest defensive lineman on the roster for the Jacksonville Jaguars was Jason Babin, a defensive end with 62.5 sacks in his career and a 34th birthday coming in May. After a few days of free agency, Babin is still the oldest, but the team filled the experience gap with players that now represent the second, third and fourth oldest defensive lineman on the roster.

Chris Clemons (32), Red Bryant (29) and Ziggy Hood (27) join a Jaguars defensive line that finished last in the NFL in sacks with 31. Combined, the three have 22 years of experience in the NFL, and will also be helped by the addition of linebacker Dekoda Watson, who is expected to contribute as a defensive end on passing downs.

With the additions, the Jacksonville defensive line now features players that have shown themselves to be playmakers in the past, but haven't been as successful as of late. The line features players that had high expectations, but were unable to have the impact expected. The line features unknowns that have the potential to breakout and make an impact. All of which have something to prove.

When the Seahawks acquired Chris Clemons from the Philadelphia Eagles in 2010, they received a 28-year-old pass rusher with 20 career sacks in five seasons. He was brought in to help bolster a defense that finished 25th in points allowed, but was really just a toss-in as part of a trade that sent Darryl Tapp to the Eagles.

Red Bryant had already spent two seasons with the Seahawks at that point, playing as a ineffective defensive tackle that looked like a waste of a fourth-round selection.

Four seasons later, and Clemons has added 38 sacks to his career total, including three double-digit sack seasons, and Bryant established himself as a dominant defensive end in Pete Carroll's hybrid defense. After two-straight seasons as the top defense in the NFL in terms of points allowed, the Seahawks parted ways with Bryant and Clemons due to salary cap reasons.

Now the pair have reunited in Jacksonville with their former defensive coordinator Gus Bradley and it wasn't by coincidence.

"Red and I had talked about it already when our names first started coming up about the salary cap," Clemons said. "Wherever you go let me know so I know where I can try and fit myself in at, because we know each other so well and that's the thing about it is once you have that camaraderie with somebody it's hard to actually go and find it somewhere else." 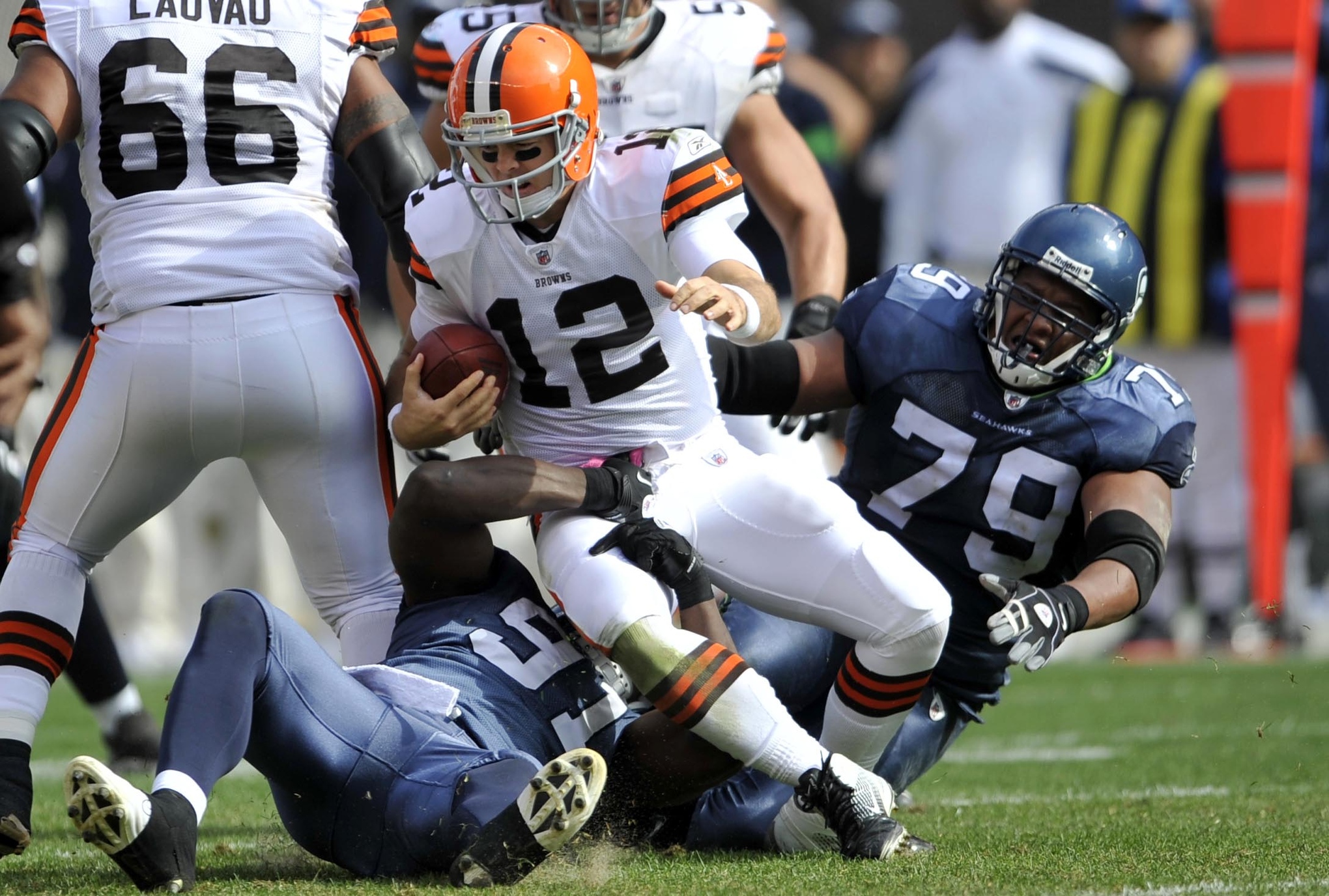 That camaraderie and chemistry helped the Seahawks defense carry the franchise to its first ever Super Bowl victory, in a dominant, 43-8 victory over the Denver Broncos. The only sack of the game was recorded by Clemons, while Bryant helped anchor a defensive line that allowed just 27 rushing yards all game.

But Seattle elected to pay Michael Bennett instead of Clemons, and the team elected to release Bryant to avoid a $5.5 million hit.

Now the duo have the goal of proving that there is still gas in the tank. That they can once again turn a below average defense into one of the NFL's elite.

"Having Big Red (Bryant) here we actually started that whole thing in Seattle, we were there when it first started," Clemons said. "Now is a day, a new team and a great opportunity to help another organization win another championship."

Things haven't gone as planned in the NFL careers of Ziggy Hood and Tyson Alualu since they were selected in the first rounds of the 2009 and 2010 NFL Drafts, respectively.

For Hood, his time with the Pittsburgh Steelers ended after an underwhelming five seasons at defensive end in the team's 3-4 system. With the Jaguars, he will have the opportunity to play in a defensive tackle position that he found success in during his collegiate career.

"More of an inside attack, penetrating 3-technique, which that is what I did at Missouri," Hood said of his role with the Jaguars. "I feel like I can showcase my skills in that position and aspect."

What does Bryant mean for Alualu? 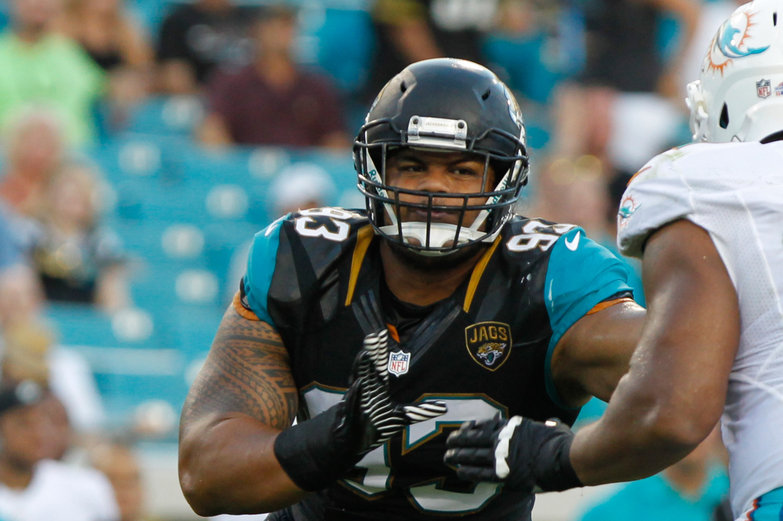 With the Jaguars signing Red Bryant in free agency, what does that mean for the future of Tyson Alualu?

"I've been blessed with a second opportunity to come here and play in a different scheme," Hood said. "A good scheme that I believe in (and) that I feel is right for me."

For Alualu, the hope is that the scheme of Gus Bradley will also resurrect his career that has been marred by disappointment. After his selection with the 10th overall pick drew plenty of criticism, Alualu played under a microscope of sorts and struggled to make much of an impact as a defensive tackle.

In the new scheme he was moved to defensive end, which was thought to be a more natural fit. However, it was a slow start for Alualu who earned a -15.4 grade from Pro Football Focus. Still, Red Bryant had a similarly slow start in his transition to 5-technique and Alualu will have a chance to prove in what could be a contract year (his 2015 year is voidable) that he's not a bust.

There has never been a shortage of talent for Dekoda Watson. He dominated at the NFL Combine with a 40-inch vertical jump and a 11'02" broad jump. Shortly thereafter, he finished the 40-yard dash in 4.40 at the Florida State Pro Day with a 3-cone drill time of 6.82 seconds.

Despite all that talent, Watson fell to the seventh round where he was selected by the Tampa Bay Buccaneers with the 217th pick. And while he made the team's roster, Watson accumulated only 742 defensive snaps in his four seasons with the team. Seven defensive players on the Jaguars managed to eclipse that mark in 2013, including linebacker Paul Posluszny, who played in 1,056 snaps.

But even though Watson didn't get much play in the Tampa Bay defense, "nine or 10" teams pursued him in free agency, including the Jaguars.

"Coach Gus showed me a lot, what he really wanted to do with me and how confident he felt about me," Watson said. "Especially with rushing off the edge, playing Sam linebacker and being able to use my hands and playing up on the line." 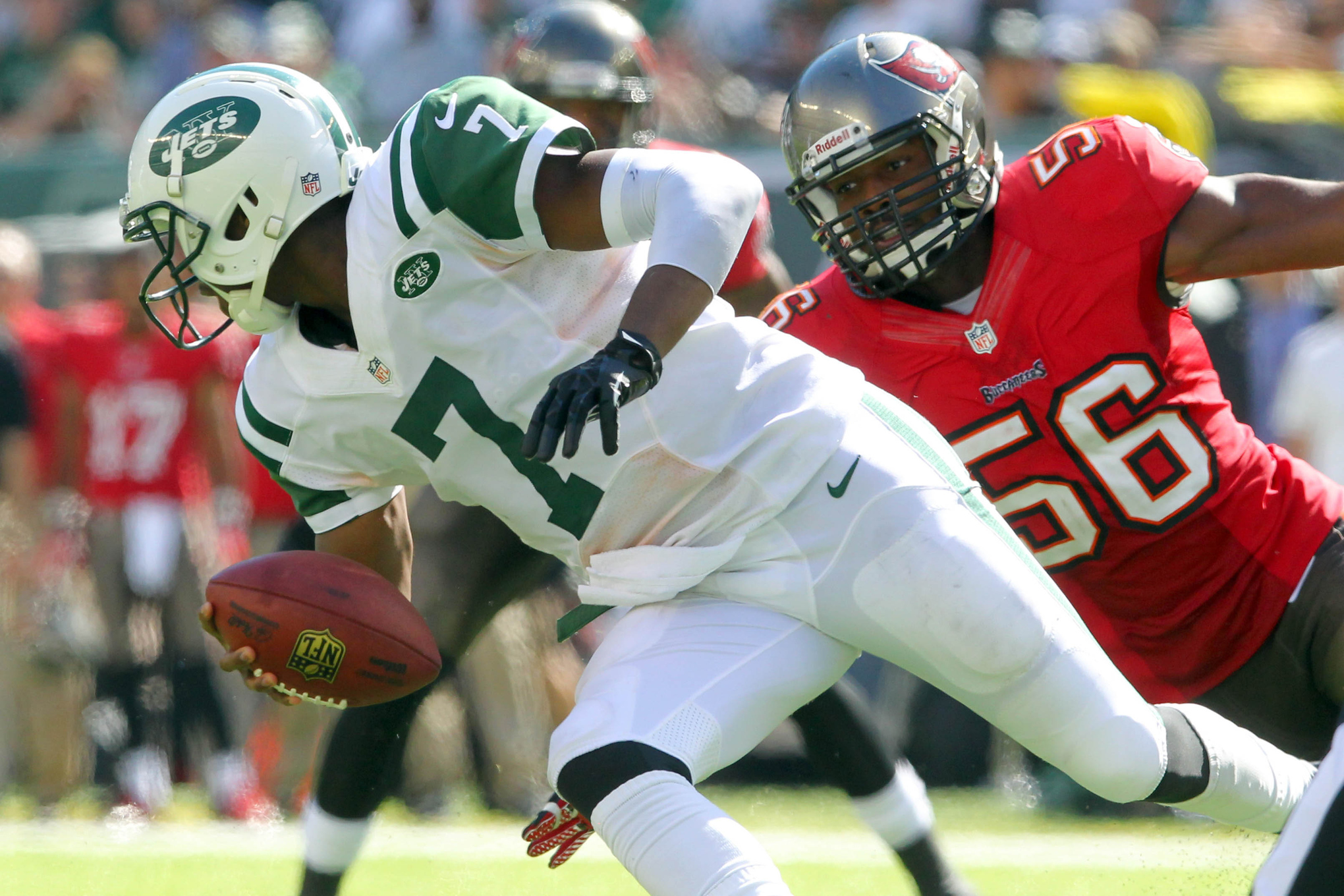 While Bradley will primarily use Watson as a strong-side linebacker, he has been told that he will also be given the opportunity to rush the quarterback in passing situations.

"I think what we've looked at, his strengths, what he did really well and it was a guy on the line of scrimmage, so more about outside linebacker," Bradley said. "We think we can move it around to where we can always position him there, so first and second down at outside linebacker, but here's where I think he has even more value to us, he's a good rusher."

In Jacksonville, Watson will join a group that still features some young, relatively unused talent with upside, including Ryan Davis and Abry Jones. The pair of undrafted players participated in 240 snaps combined, but still look to factor in to the team's plans in 2014 and beyond.