In the latest two-round mock draft from Mocking The Draft, the Jacksonville Jaguars walk away with a quarterback and a pass rusher, filling their two biggest needs.

In the latest mock draft from SB Nation NFL Draft expert, Matthew Fairburn, the Jaguars came away with two of their top needs of the offseason filled in the first two rounds. After projecting Blake Bortles to be the first pick and a trade between the Rams and Falcons that netted the latter Jadeveon Clowney with the second pick, the Jaguars made the obvious selection and nabbed a quarterback for the future.

The Jaguars desperately need a quarterback. That's not much of a secret at this point. Some have questions about Louisville quarterback Teddy Bridgewater, but he's still our unquestioned top quarterback. It's going to stay that way between now and May. His frame and arm strength have both been picked apart, but he's skilled at moving in the pocket and making accurate throws with anticipation. Jacksonville shouldn't overthink this pick.

As Fairburn says in his pick selection, he has been the unquestioned top quarterback in the SB Nation Draft rankings and will stay there until May. With huge struggles at the quarterback position, it seems obvious that the Jaguars would address the position early in the NFL Draft if given the opportunity, particularly if a player like Bridgewater is made available. 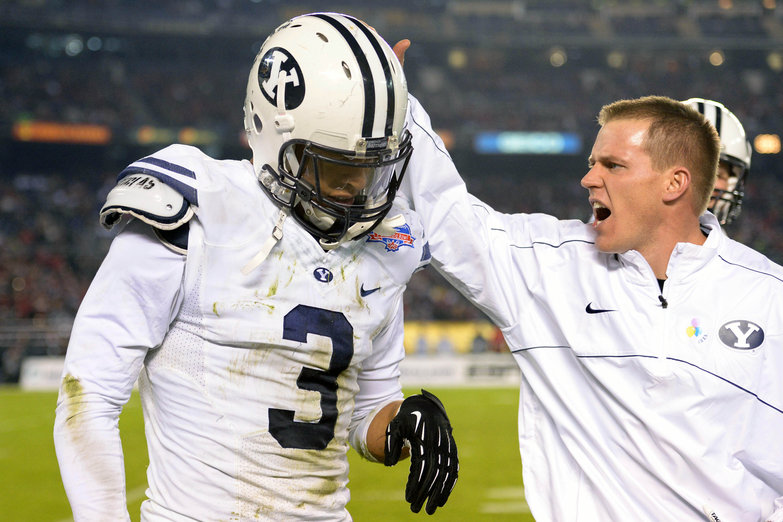 The Jacksonville Jaguars will be looking for a pass rusher and linebacker in the upcoming draft most likely, someone like Kyle Van Noy could fit both of those roles in the middle rounds of the NFL Draft.

With a new quarterback at the helm of the Jaguars offense, Fairburn then turned his attention toward helping the anemic Jaguars pass rush in the second round:

The Jaguars' most obvious need on defense is a pass rusher. But with Dee Ford coming off the board a pick before Jacksonville is on the clock, it might be smart to address another need. Kyle Van Noy would be a nice fit at SAM linebacker for the Jaguars.

Addressing the Jaguars pass rush has most often involved looking at possible additions to the defensive line, but Van Noy would most likely be a SAM linebacker in the Jaguars' scheme. The addition of a pass rushing linebacker, a la Bruce Irvin, would make a tremendous amount of sense if the Jaguars added a defensive end in free agency, which is entirely possible, if not probable.