Jaguars agree to 4-year deal with Red Bryant, according to report

Bryant will likely rotate with Tyson Alualu and Abry Jones at the 5-technique position on the Jaguars defensive line.

Share All sharing options for: Jaguars agree to 4-year deal with Red Bryant, according to report

The Jacksonville Jaguars got off to an early start to their offseason additions by reaching an agreement with former Seattle Seahawks defensive lineman Red Bryant on a four-year deal, according to ESPN's Adam Schefter.

Bryant, 29, was a fourth-round selection of the Seahawks in the 2008 NFL Draft and originally began his career with the team as a defensive tackle. In 2010 he was moved to defensive end and started seven games for the team at the 5-technique position before taking over full-time for the next three seasons. 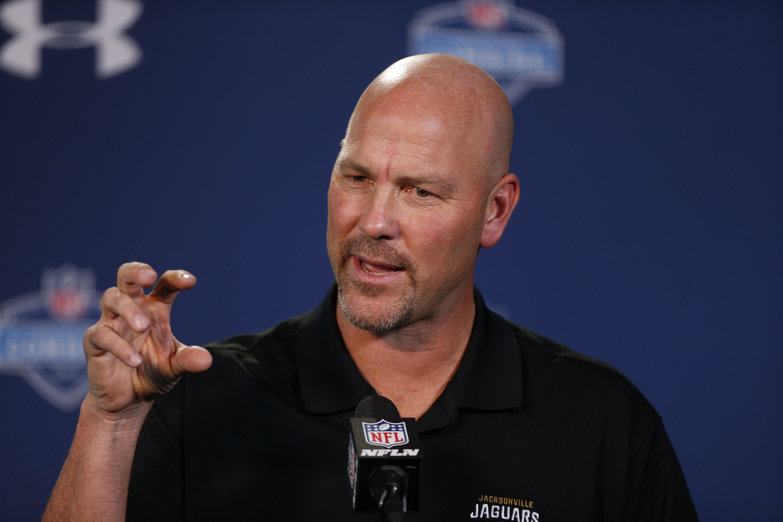 After a slow start at the position that included a -20.3 grade from Pro Football Focus in one season, Bryant developed at the position and finished the 2013 season with a +7.1 grade during the team's Super Bowl-winning season. He finished the year with 34 tackles and 1.5 sacks, but was released after the season to save the Seahawks about $5.5 million in cap space.

Following his release from the Seahawks, Danny Kelly of SB Nation's Seahawks blog, Field Gulls, spoke to Arrowhead Pride about the type of presence he offers:

Bryant was drafted as an interior defensive lineman, struggled there in his first couple seasons with the Seahawks, and when Pete Carroll and Dan Quinn took over for the Seahawks, Quinn moved him to the five-technique at defensive end, tilted to the tackle's outside shoulder. His main role is to push the pocket back on the snap to disrupt running lanes and hopefully move the quarterback off his spot. He's not much of a pass rusher, but he moves well for a man his size (6'4, 335), and his long arms help him corral running backs and keep tackles at an arm's length. His main role is to stop the run and set the tone physically at the line of scrimmage.

As a released player, Bryant was eligible to immediately sign with another team after clearing waivers. As originally reported by BCC's Alfie Crow, Bryant visited with the Jaguars on Friday before signing with the team one day later. In Jacksonville, he is reunited with his former Seahawks defensive coordinator Gus Bradley, who is now the head coach of the Jaguars.

With Bryant added to the mix, the Jaguars will now likely have Tyson Alualu and Abry Jones to rotate with the new addition at the 5-tech position. It's possible that the team could release Alualu to avoid his $4.164 million cap hit for the 2014 season; however, that would also result in $3.085 million in dead money which would essentially negate the savings. Instead, the Jaguars will likely keep the depth and stick with the three-man rotation while also rotating Bryant inside on third down situations.

Next Up In NFL