NBA commissioner Adam Silver's lifetime ban of Donald Sterling has received nothing but praise within the athletic community, including current and former Jacksonville Jaguars players.

Sterling is currently banned from any association with the Clippers organization or the NBA. He can't go to any games, he can't sit in on any practices, and he's also being fined $2.5 million dollars, the maximum amount allowed by the NBA. 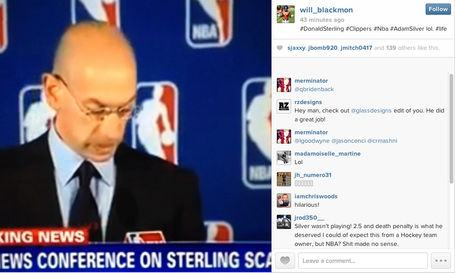