Blake Bortles not worried about being Jaguars starting QB, yet

The Jacksonville Jaguars opened up rookie mini-camp on Friday, but first round pick Blake Bortles isn't concerned with being the starting quarterback right now.

Share All sharing options for: Blake Bortles not worried about being Jaguars starting QB, yet

The Jacksonville Jaguars rookie class, along with a myriad of try-out players, took the fields in Jacksonville, FL to open rookie mini-camp on Friday afternoon. It was the first time Jaguars fans got a glimpse at No. 3 overall pick Blake Bortles on the field and by most accounts, he looked about what you'd expect. Made some flash plays, but still left something to be desired.

"No, it was a lot of fun," Bortles told reporters after practice when he was asked if it was overwhelming at all, finally getting out on the field. 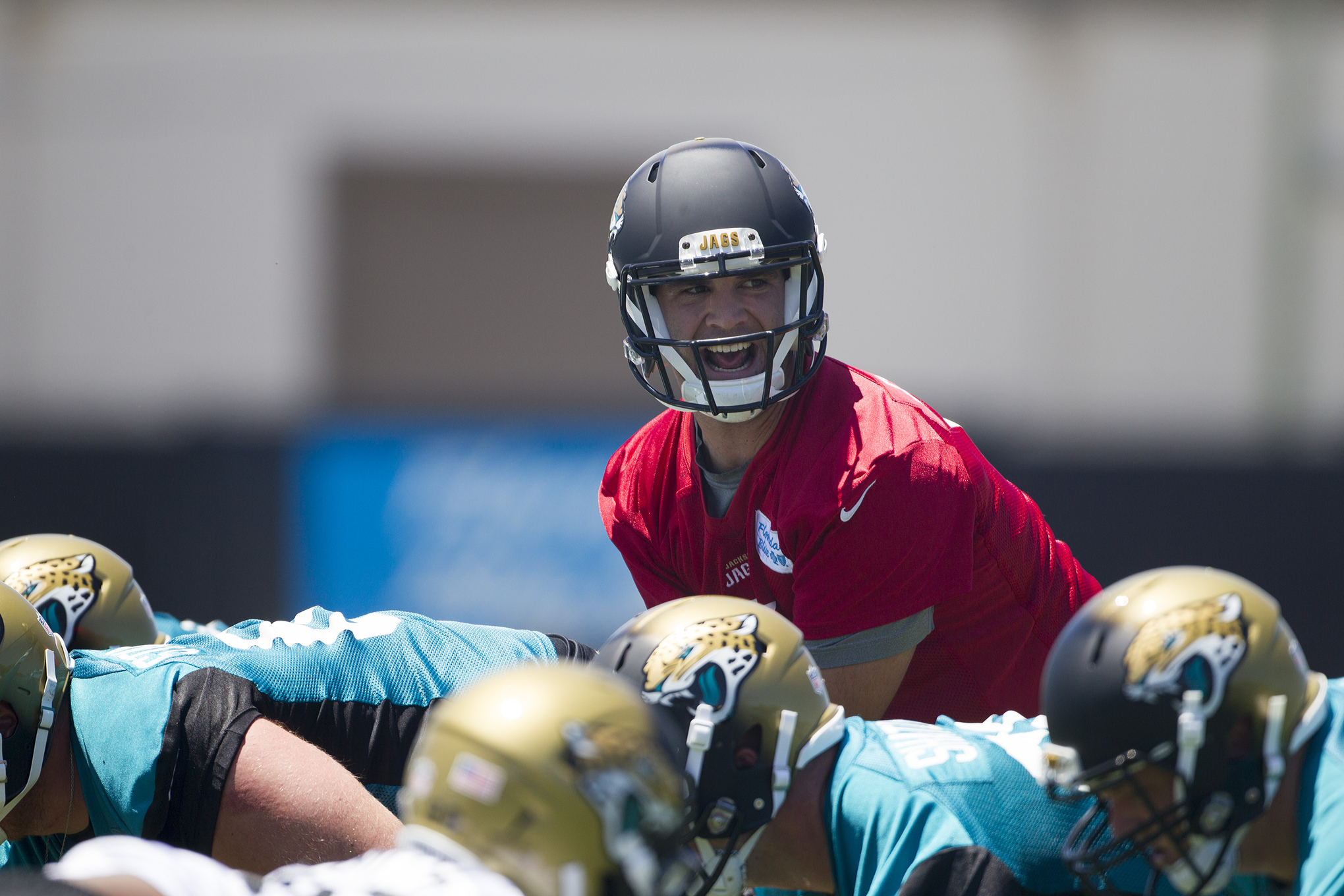 My job is to come out here every day and work my tail off and compete as hard as I possibly can and that’s all I’m worried about.-Blake Bortles, photo by Logan Bowles

"We’ve been here since Monday so I had the opportunity to learn some stuff with meetings and install and all of that. Last night we got what we were going to run today and met on it this morning. So it was good," Bortles said. "It was awesome to come out here, it was high energy and to be able to compete and have a lot of fun and try and get better."

The debate about which quarterback the Jaguars they should pick and in what round has come and gone, because that was answered definitively on draft day. The new debate has carried over to when Blake Bortles should take over the starting job, and despite the Jaguars insistence on not rushing to make a decision, it's going to be a debate leading all the way up until the team announces who the starter is, again.

Bortles, thankfully, isn't concerned with that.

"My job is to come out here every day and work my tail off and compete as hard as I possibly can and that’s all I’m worried about. I enjoy sitting in the quarterback room and learning as much as possible," Bortles told reporters.

Really, that's all Bortles can do. Regardless of the Jaguars prefer to do at the quarterback position, it will work itself out by the time we get to Week 1 against the Philadelphia Eagles. By then, the Jaguars will know if they need to sit Bortles on the bench or if he's ready enough to throw into the fire.

Everyone tries to force the "Seattle" model on what the Jaguars are doing, even though general manager Dave Caldwell took a big poop on that by picking a quarterback No. 3 overall, rather than waiting around for "his Russell Wilson". There are still elements from what the Seattle Seahawks do, fundamentally, that correlate to what the Jacksonville Jaguars do.

The Jaguars don't want added pressure on Bortles entering camp. They don't want him to have to prove to everyone he's "the guy", but rather to just focus on learning the playbook and getting better each day. It's cliche, but there's a certain psychological gimmick to it. Obviously Bortles wants to start, regardless of what he says publicly. He's going to do whatever he can to show he's ready to start, but instead it's going to be through his own volition, rather than trying to prove what's already been declared.