The second and final day of Jaguars rookie mini-camp just finished... and 6,214 people showed up!

Rookie mini-camp has wrapped up and although players are in shorts, the community response to the team was overwhelming.

How good is that? Tad Dickman of the Jaguars PR department helps put an attendance number of 6,214 into perspective:

During team drills, it looks like Allen Robinson continued to shine and Marqise Lee was a little bit better than yesterday:

And although Blake Bortles had a few miscues, he was largely impressive:

So, in two days, how many people came out?

Oh, and you've got to check out this amazing video captured by Michael Kelly of rookie linebacker Telvin Smith nearly intercepting Blake Bortles 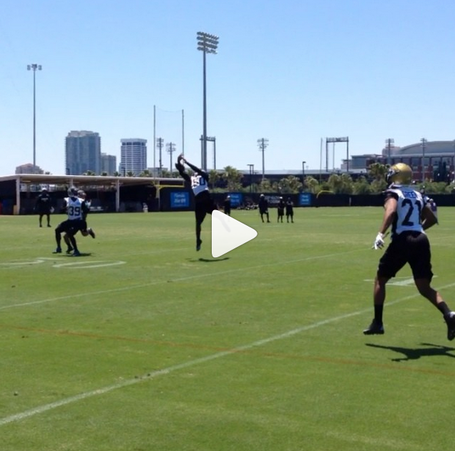 You don't get to make an athletic play like that without getting some love from one of the Jaguars coaches:

Boom. Touchdown Jacksonville. The team has literally never had this kind of response to practices before. Not mini-camps, not training camps, not anything.