When watching the Jaguars preseason game a second time around, there were some notable plays that stood out on both sides of the ball.

I always like to go back and watch the game a few times, especially if I'm at the stadium for the first viewing to pick up some things I might have missed. I'll try to do weekly, a second watch of the game with some notes of what I saw when watching a second time.

Here's some noteworthy things I saw for the Jacksonville Jaguars against the Tampa Bay Buccaneers.

The first play of the game highlighted what's a big worry currently for most Jaguars fans. The interior of the offensive line allows penetration immediately. Jacques McClendon is in at right guard with Michael Brewster at center and right off the snap McClendon is beat badly by Pro Bowl defensive tackle Gerald McCoy. 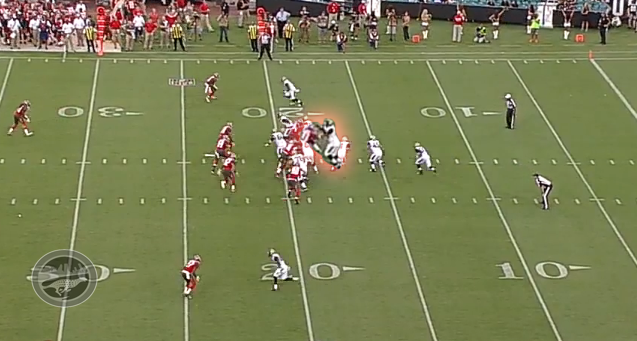 As you can see, McClendon is pushed in the backfield and the play is screwed. It ends up being a five yard loss for Jordan Todman. There's a reason the interior line is such a concern, because interior pressure and penetration wrecks the majority of plays, especially running plays when they're instantly in the backfield.

McClendon had a rough first drive against McCoy, which isn't a big shock. After the Jaguars picked up some yards on a running play on second down, on third and long McClendon was beat on an inside move by McCoy giving him a free run at Chad Henne, forcing the check down pass. 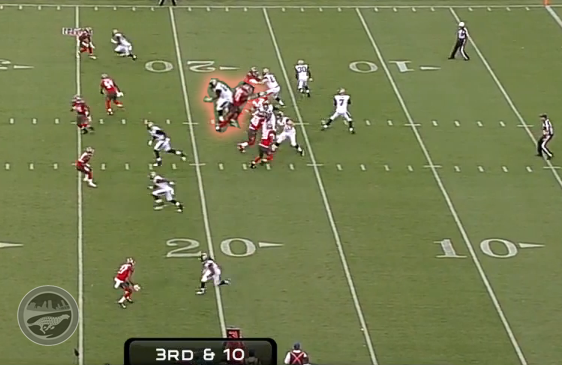 Thankfully for McClendon, when he slide to the center position when Blake Bortles came into the game, he did a much better job of handling who was in front of him.

Now on the defensive side of the ball, the Jaguars gave the Buccaneers the same type of problems. After stuffing an outside run on the first play of the Bucs drive, Marks is immediately in Josh McCown's face on the second play. Marks beats the right guard on an inside move and gets a free run and hit on McCown. 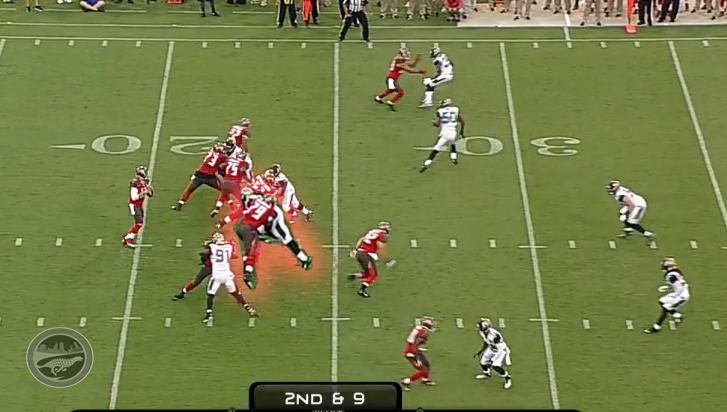 Marks didn't end up with a sack on the play, but he forced McCown to make a quick throw to the sideline with Marks bearing down on him, sailing the pass on what was probably a throw away. Still, Marks got the hit on the QB.

On the Bucs next drive, Marks continued to give their offensive line fits. On a first down play once again after stuffing the run, Marks beats the right guard this time on an outside power move and ended up with a strip. 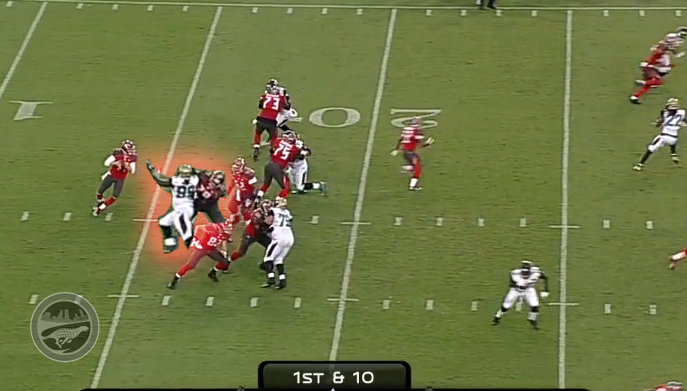 Marks forces McCown up in the pocket and is able to turn the edge and swat the ball out of his hand as he steps up in the pocket. Unfortunately, the ball bounces right back to McCown and he picks up the first down on a run, but still Marks was able to nearly force a turnover deep in Bucs territory.

Later on in the game pressure, this time on what appeared to be a delayed blitz, forced a Bucs turnover and Jaguars defensive touchdown. The Jaguars rushed their front four and sent inside linebacker Paul Posluszny after the quarterback. Then, on either a delayed blitz or from rookie Telvin Smith recognizing there were no routes out of the backfield (green dog blitz), also went after the quarterback forcing McCown to get rid of the football.

The result of the pressure was McCown once again sailing the football, leading to an interception by Winston Guy and a return for a touchdown. Realistically, McCown probably just have just ate the sack rather than heaving the football down the field to a player who was bracketed in coverage.

The biggest thing that stood out on a second watch was the Jaguars ability to apply pressure and disrupt the backfield with just their front four, which is something we haven't seen in a long, long time.