Jaguars want Chad Henne to be more like Blake Bortles

The Jaguars want Chad Henne to be more "explosive" on offense, which makes it sound like they want him to be more like Blake Bortles.

The Jacksonville Jaguars have challenged Chad Henne to be more "explosive minded" with the football, meaning they would like for him to take more chances down the field. Henne had three completions over 20 yards on Sunday against the Philadelphia Eagles, all to rookie receiver Allen Hurns and all in the first half.

"The challenge we've thrown to Chad is to be more explosive-minded, take chances and have no fear," Jaguars head coach Gus Bradley said in his Monday press conference. "That's what we want. I think when you say, ‘efficiency,' it's, ‘Hit the check down, quick throws and things like that.' Are you challenging him to take some chances and go for the shots."

From the description of what Bradley is saying, it sounds like the coaching staff wants Henne to play more like... Blake Bortles. During the preseason Bortles had league-high 87.5 percent accuracy rate on passes 20 yards or more in air (6-of-8 for 220 yards) in preseason, per Pro Football Focus.

"I see that he's taking more chances, and that's what we want," Bradley said.

In reality however on Sunday, Henne was more of the same as he's been.

Ryan O'Halloran of The Florida Times-Union broke down just how un-explosive Henne was on Sunday.

(I chose 16 yards because the Jaguars consider any pass of 16 or more yards an "explosive" play.) 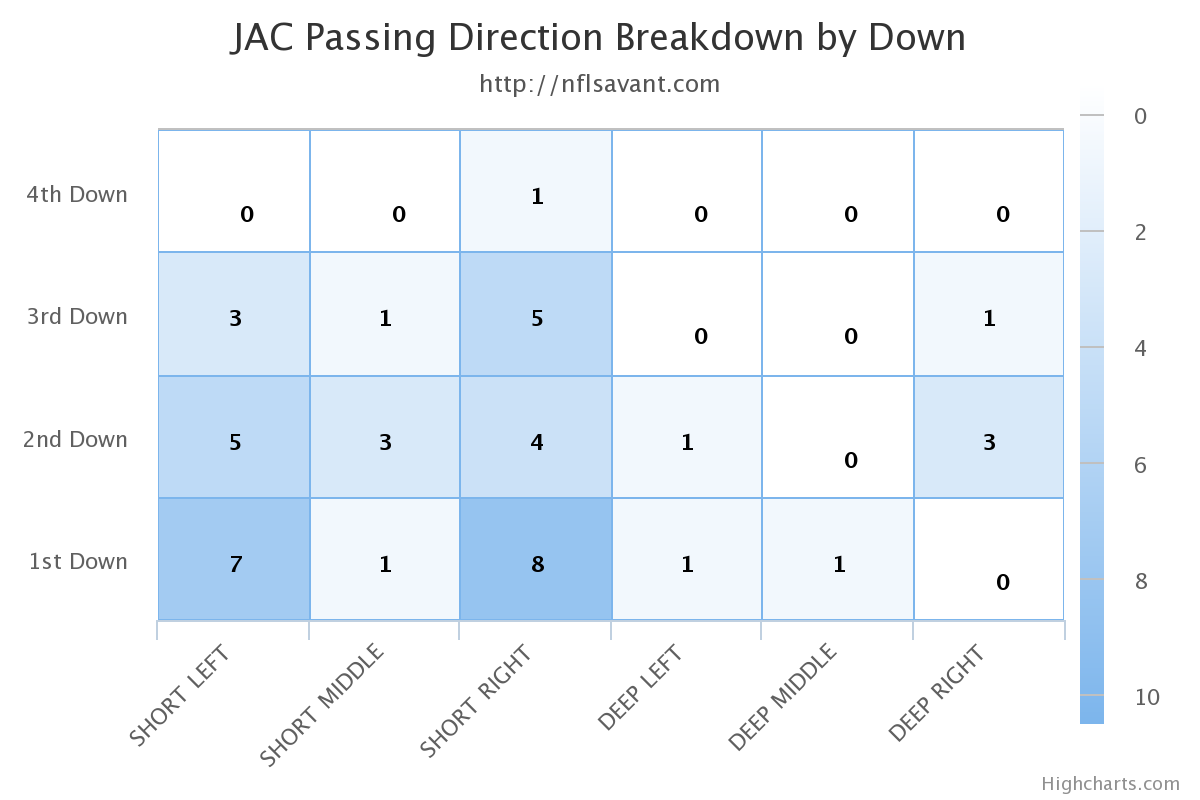 This is what Chad Henne has been in his career however, and why he earned the nickname "Checkdown Chad" during his time with the Miami Dolphins. Expecting him to change at this point is unrealistic.

As Henne showed on Sunday, he is what he is and that's a quarterback who needs a lot of help to get things going offensively. The Eagles walked eight defenders into the box to make the Jaguars running the football that much harder and dared Henne to beat them in the air. In the first half, it worked, but in the second half there were too many mitigating circumstances for a player like Henne to over come them.