Help Big Cat Country help those who have suffered the effects of Chad Henne by donating to our HenneThon, HenneAid. 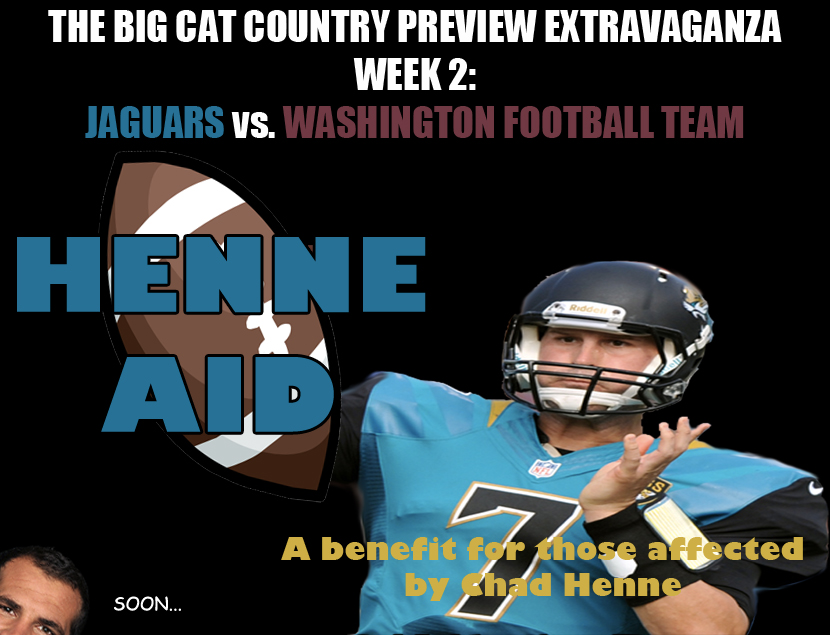 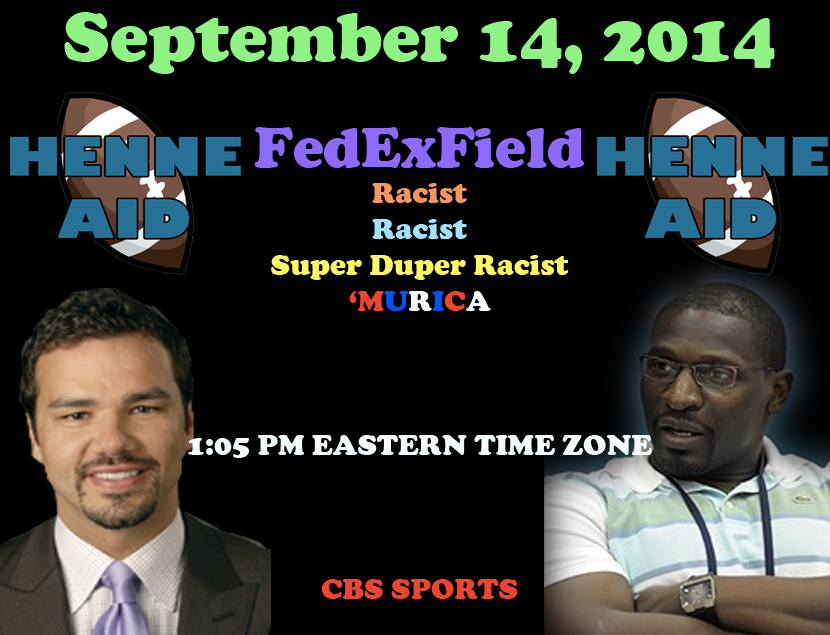 A Plea For Help

Noted philanthropist Michael Jackson once brought together the greatest musical stars of the 1980s to sing about Healing the World. The tribute song that all of the artist created under the musical genius Michael Jackson was called We are the World. This song was an absolute smash hit. Even now, the song has 28 million views on youtube.

The song had such stars as Lionel Richie, Stevie Wonder, Paul Simon, Kenny Rogers, Billy Joel, Willie Nelson, Bob Dylan, and on and on and on.

"But Chaps, what does this have to do with the Jaguars?"

One could say that Dave Caldwell has brought together a group of football players in attempt to heal Duval much in the way that Michael Jackson brought together pop stars to raise money for Africa. Both of these beautiful men have brought in studs to participate in their healing campaign. The biggest difference is that the chorus of Michael Jackson's song was given to Michael Jackson, who is one of the best vocalist of our generation. The chorus of Dave Caldwell's football song has been given to the athletic version of Bobcat Goldthwait, Chad Henne. Much like Bobcat, Chad Henne stutters around and looks foolish, yet somehow adorable.

We Are The World 3

On September 8th, Big Cat Country brought together a group of the greatest recording artists alive, excluding Uncle Chaps, to bring awareness to those affected by Chad Henne. Here is their song (mobile users click here to play). 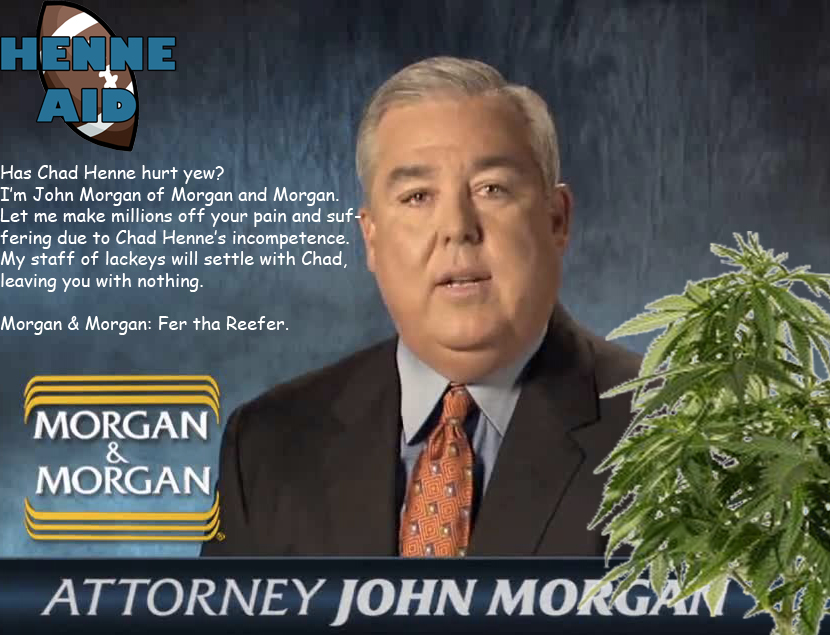 If Blake Bortles says something on the sideline, but no one is around to hear it, did Blake Bortles make a sound? Does Blake Bortles even exist in real life? We can't know...it's just too early to tell.

Originally written as the antagonist in Beauty and the Beast, later to be replaced by Gaston LeGume, the French-born Jacques McClendon gave up his dream of collecting trophies and hot librarians in pursuit of a starting job in the NFL. Despite a lack of ability and far more than 32 centers in the league better than he, McClendon has overcome and found a spot in the starting 22 of the Jaguars.

It's inspiring, really. Even Toby Gerhart can't help but shed a tear when he watches the inspirational sight in front of him on a play-to-play basis. I know I get choked up when McClendon gets easily cast aside leading to a 2-yard loss. The effort. It's there and it's real.

He's only played in one game, but it's clear that Allen Hurns is the best receiver in NFL history. I'm sorry if the truth is too much for you, but 27.5 yards per reception? Best in NFL history. Two touchdowns in first quarter of NFL debut? First in NFL history. Torching Cary Williams on a consistent basis? One of several. The point is: Hurns is my favorite donation to HenneAid.

(Alfie wrote this Week 1. It survives another week.) The Jaguars offense is going to be efficient Sunday against the Eagles Washington so be sure to pay attention to how efficient the efficient Chad Henne is while efficiently being under center. When he efficiently checks it down on third and long, be sure not to yell GOD DAMMMIIIIIITTTTTTT for too long, because as you can see that wasn't an efficient use of the letter "T".

FedEx is "watching developments" in the NFL's handling of the Ray Rice situation "closely," because obviously they don't want their name attached to something controversial or bad. Obviously. FedEx isn't the type of company that would put their name on a stadium that represents a league or team that is offensive in any way. That would be bad of course. FedEx Field would never house a product like that.

Henne Given Sunday, Someone Is Affected By Henne

Every errant pass. Every interception. Every nonsensical check-down while a receiver was open downfield.

We know they hurt. We know you want to cut yourself every time Chad Henne messes up. We know you question your existence every time he touches a football. We are with you.

Chad Henne is a scourge to this city, fanbase, state, country, and planet. We cannot get rid of him legally, but we can help you through it. With your donation to HenneAid, we can furnish comfort and security to those affected by Chad Henne in the form of Schedule 2 Drugs and alcohol.

2. We score in the second half!

3. Chad Henne gives no fucks and let's it go like that chick from Frozen.

1.Chad Henne gives no fucks and shits himself on the field.