Here's how to make some DC mumbo sauce

DC Mumbo sauce is the political equivalent of blending, straining, and bottling the last 4 president of these United States.

Share All sharing options for: Here's how to make some DC mumbo sauce

Unless you are national history enthusiast, a backwards politician, high ranking military official, or racist football fan; I do not see much of a reason to visit Washington DC. Though it has become the proverbial melting pot that the country was once prided on being, and the favorite sauce of locals shows just that.

DC Mumbo sauce is the political equivalent of blending, straining, and bottling the last 4 president of these United States.

George H W Bush is the soy sauce and ginger for his stint as a China Liaison.

George W Bush is the hot sauce since people from Texas love their hot sauces.

Barack Obama is the portion where Chicago tries to claim the origin of Mumbo sauce.

Bill Clinton is the tomato paste giving it the bar-b-que sauce taste and feel they love in Arkansas so much. 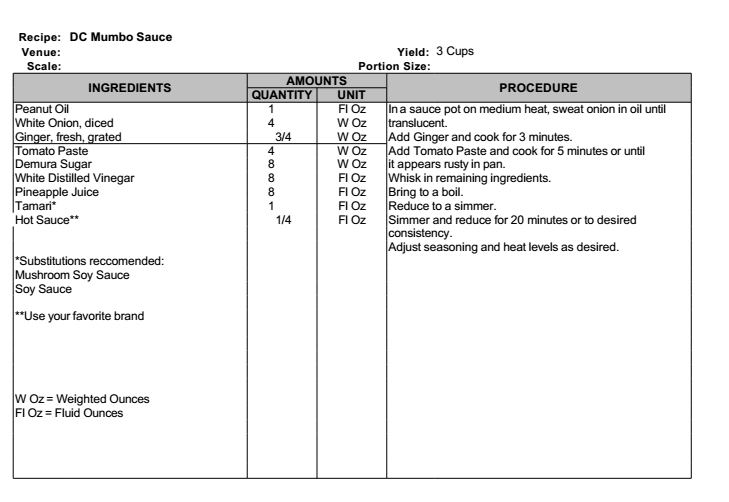 DC Mumbo sauce is that sweet, sour, spicy sauce that the natives love to put on just about anything; I am sure some of those fat cat bureaucrats have put it on everything. Work great with grilled and baked chicken, pork, seafood beef and vegetables. I suppose there is another Clinton joke here.