If you need a play in fantasy football, pickup whatever tight end is playing against the Jaguars.

The Jacksonville Jaguars defense has been killed by pass catching tight ends since I can remember. That didn't change in Sunday's 44-17 loss to the Indianapolis Colts with the Colts tight ends picking up 11 receptions for 102 yards and two touchdowns. It's been an ongoing issues for the Jaguars, in particular this season and head coach Gus Bradley knows it.

"Yesterday we had a couple of missed assignments. When you see a guy run down field and he’s wide open and there’s not anyone around him, that’s generally a missed assignment and someone made a mistake," Bradley said on Monday when asked about the issue covering tight ends.

Blown assignments were a big deal against the Colts, especially on this 22-yard reception by Dwayne Allen.

You can see it looks like a variation of four verts by the Colts offense in 12 personnel. You have all four receivers on the play running verticals downfield (aka, Four Verts). 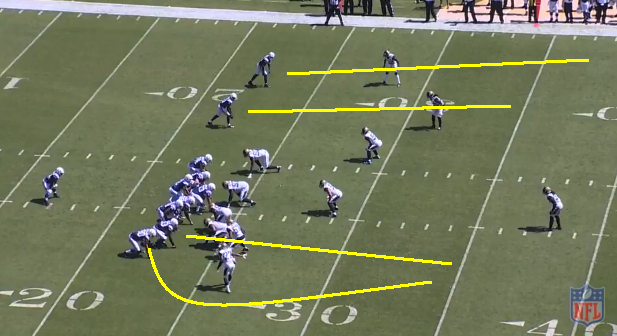 The receivers on the top of the play are covered well but either Paul Posluszny or Dekoda Watson fail to pick up one of the tight ends in coverage, leaving cornerback Dwayne Gratz to try to cover both and given the duty he does an okay job, but that's just not going to work. You need one of the linebackers, assuming Watson, to come down the field with the inside tight end, who's the one who ends up making the reception. Pre-snap, Gratz is trying to tell Watson something, shifting him more inside and then after the play is clapping at Watson, as if he missed the assignment. 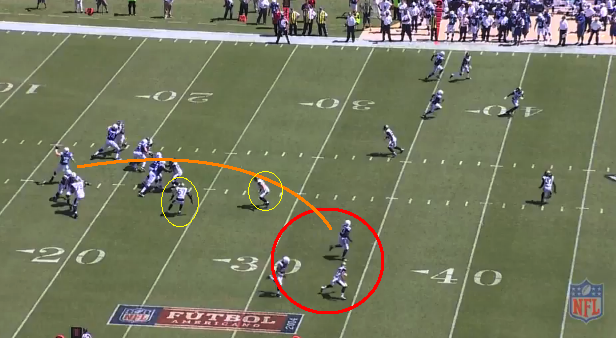 There was a 23-yard reception by Coby Fleener that Geno Hayes did a good job picking him up as he came across the field, but Andrew Luck just threw a perfect pass right to Fleener and Hayes had no shot. There was also another blown coverage that nearly led to a touchdown if not for a Fleener drop.

But again, blown coverages are what's killing them most of all. 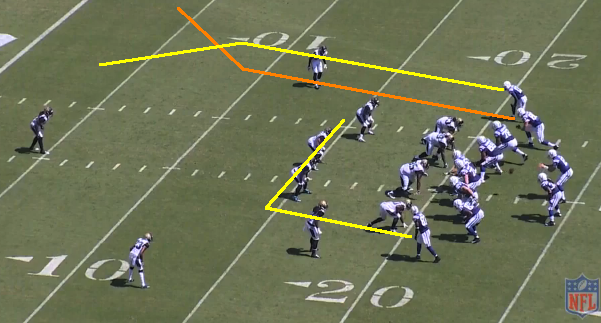 Here it appears the Colts line up in 13 personnel (1RB, 3TE, 1WR) and have two of their tight ends run patterns crossing each other with Reggie Wayne dragging across the middle as the dump off outlet. Fleener (orange route) ends up wide open in the corner and simply drops the pass. Dwayne Gratz carries the outside tight end to the middle of the field and no one picks up Fleener, but it's tough to tell who's responsible here. Should LaRoy Reynolds or Paul Posluszny should have picked up Fleener on the corner route, or should have Gratz passed off the outside tight end and picked it up? 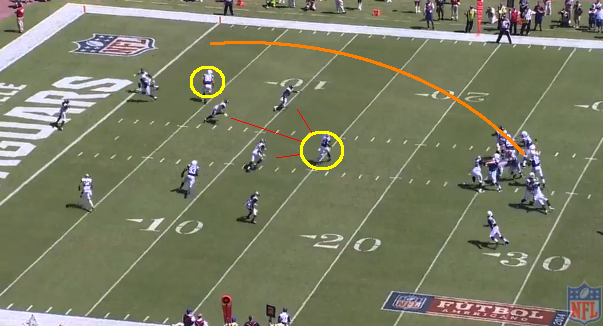 On the throw, all three linebackers break on Reggie Wayne coming over the middle underneath the coverage but with Gratz riding the outside tight end to the middle of the field, Fleener is all by himself headed to the endzone.

"That’s what’s frustrating. Even the one that he dropped that was in the red zone we had a missed assignment," Bradley continued. "If you said why are tight ends having success and why did they yesterday? I can think of three or four of them where it was a flat-out bust missed assignment. There’s a couple...I thought Geno had a pretty good coverage on him, tight coverage, and they made a great throw and catch, credit to them. Those things are going to happen in a game but the ones where they are running wide open it is an issue."

The Jaguars are going to have to figure out how to fix the issue, fast, or at least shore it up to where it's not going to kill them. San Diego Chargers tight end Antonio Gates might be old, fat and slow now... but he's still a productive tight end and can easily pick up chunks of yards against the Jaguars with coverage like this.

Jaguars vs. Chargers: Everything you need to know