Can you watch the Jaguars take on the Chargers in Week 12? Maybe.

Share All sharing options for: Jaguars vs. Chargers: CBS TV coverage for Week 12

The Jacksonville Jaguars are hosting the San Diego Chargers in Week 12 and the TV coverage is some of the worst it's been all season. 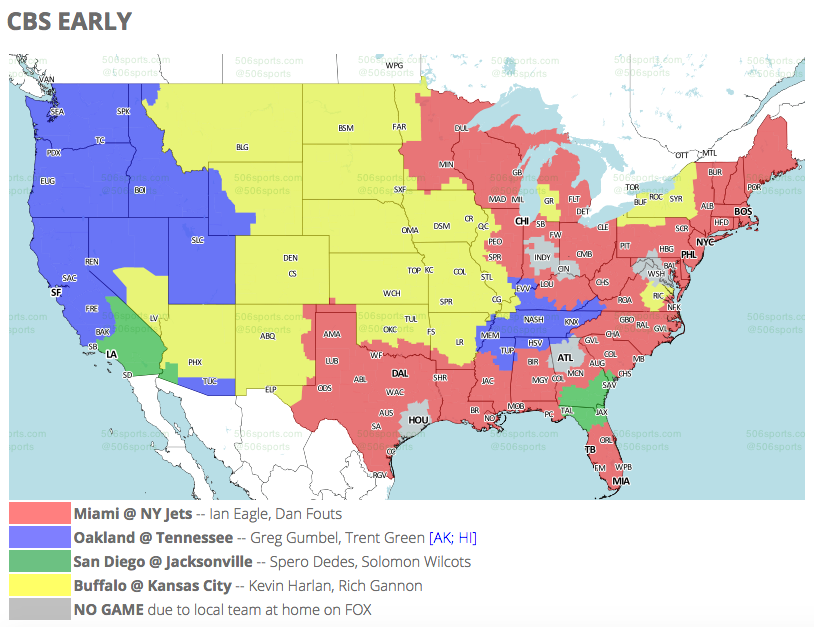 Thanks to 506 Sports for the easy-to-read map. The green represents markets where the Jaguars-Chargers game will be on. (Thanks again for showing the game, Tallahassee!)

Surprisingly, Orlando opted to show the AFC East showdown between the Miami Dolphins and New York Jets instead of hometown hero Blake Bortles. Yes, because Bortles in the thick of a playoff hunt and one game out of the AFC South lead is less entertaining than two teams who have no chance of unseating the New England Patriots for the divisional crown.

The announcing for Jacksonville's game will be handled by Spero Dedes and Solomon Wilcots. I actually enjoy them more than most other pairings, so it should be a good game.

Jaguars vs. Chargers: No reason not to win